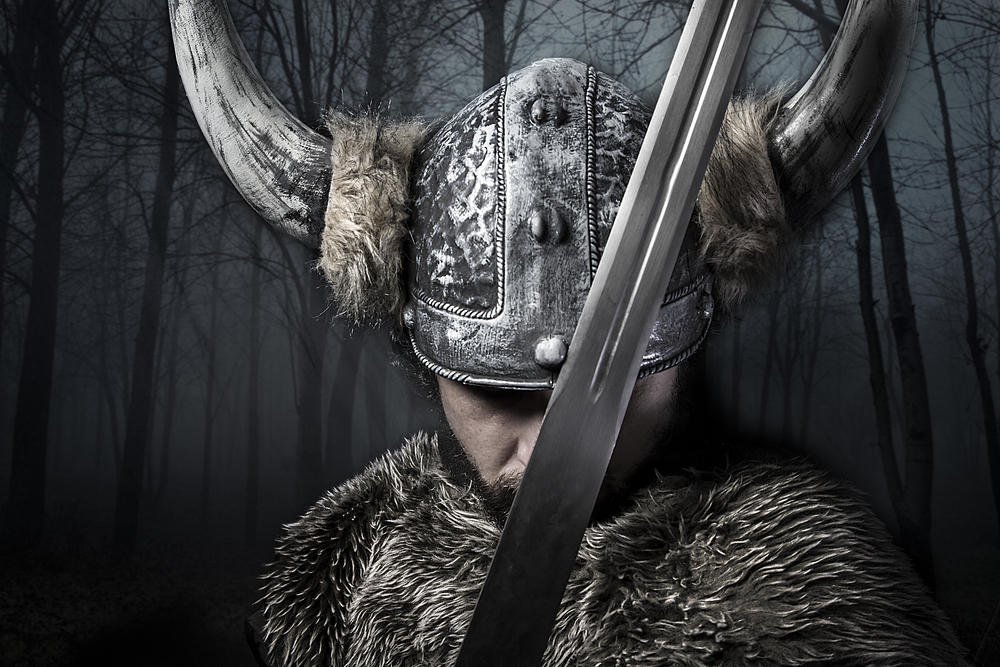 There are times when we feel like victims. We think we’re victimized by a circumstance and our choice leads us to pity ourselves and the predicament we find ourselves in.

We turn our attention inwards. We say ‘poor me’. We vent and whine and complain.

[Tweet “You need to stop being a little bitch…”]

Why such a heartless tone for someone who’s having a bad go of it?

This choice you’re making, this decision to be the victim is a decision that only effects you. Sure it may bring down others with you, but it’s a complete cancer that eats away at the individual and sympathy merely adds fuel to the fire.

If you’re just a little bitch, then be that way. But this article isn’t for those who will read that title and, again, feel sorry for themselves. This article is for those who are looking for a way out, a speckle of light amidst the darkness. It cannot come with a sympathetic tone nor a pat on the back or a shoulder to cry on.

Sure, you need to talk about it, but while you’re finding the right person to work through this shit with, know that you cannot be a victim. It’s impossible to actually be a victim unless you give your consent. Thus, you are the cause and the solution.

Let’s focus on the latter.

It’s hard to be a whining, entitled little bitch when you’re not thinking about yourself. The act of being a little bitch is in part being a pussy, of course, but it’s also focusing completely on your needs, wants, desires, and problems, without giving a flying fuck about anyone else.

Serving is doing what you’re meant to do without having the increasingly common view that the world owes you something. You cannot be anything but a little bitch when you think like that, and when you serve others in some way you make this ‘look at me’ worldview impossible to have. 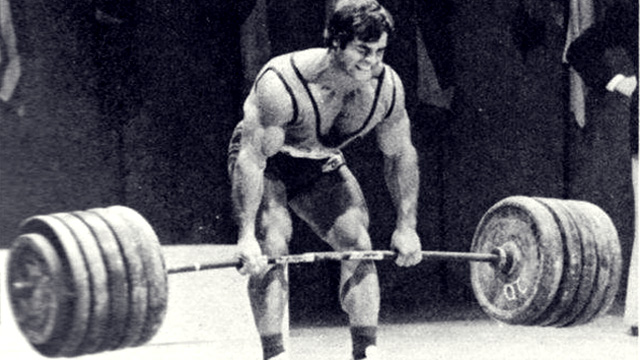 The act of enduring pain and actually asking for more is the antithesis of being a little bitch. Being a pussy means you run from pain at all cost. You hide from it. You do everything you can to avoid it, even lying and cheating and fleeing from it.

Lifting heavy weights is painful. It goes against our nature to want to remain safe and live an easy life. This desire for safety and ease, however, will leave you without meaning, purpose, and it prevents you from acquiring one of the most important attributes a man can have in life, toughness.

This may seem Neanderthalic or Barbaric, but we are barbaric. We love to fight. We like to hunt. There’s a calling within all of us to do what society doesn’t want us to do no matter how archaic it may be. We want to be wild. Training our bodies to be able to endure such desires is a must.

Exploration is such a masculine trait. We, as a species and as a sex, have always longed to see what’s beyond our borders. We have a gnawing at our soul to explore the unknown.

We also all have an excuse as to why we can’t do it.

We have work, family responsibilities, and most of all, we have fear. Fear is what keeps us small. Fear is what makes the man a little bitch. It blinds our aspirations and suffocates our ambitions. Taking that first step into the unknown is crucial to your quest to stop being a pussy.

If there’s something you’re hesitant about, that makes you nervous, do it.

You can’t live any semblance of a flourishing life bound by your fears, a victim to them. It makes life, the adventurous act of exploring and going beyond what you’re certain you can do, an impossibility.

4. Change your definition of success.

We’re all chasing something. It may be an idea, an archetype, a construct, or even happiness. What has killed the ability to find real success, to create real happiness, to create a calling and a purpose in life is a definition of success that exists only in comparison to what others have done and what others have.

Being envious of others, comparing yourself to what they have, is as close to the definition of being a little bitch.

When you’re jealous of what someone else has done you’re often blind to how they’ve done it. You want what they have without having to sacrifice what they’ve sacrificed. You don’t want to work, to save, to persist through the years and often decades of failure, mediocrity, and long days that precede grand accomplishments.

You’ll also focus on what they have, setting up the blinders, the barriers between what is real and what is façade. If your definition of success is in relation to what others have done, but also dependent on acquiring stuff, you’re going to whine and wish and complain that what you want is not yours, and if you one day get it, you’ll realise that this isn’t success at all.

5. Write down your bitching. 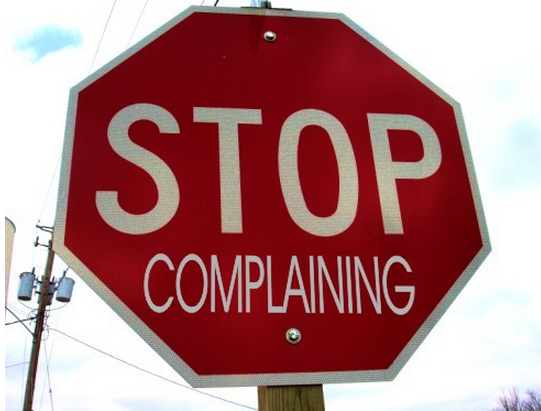 Most of us will go through our days not fully understanding how we’re bitching and complaining, not even how our outlook on life is cancerous, eating away at us and providing nothing of value to others.

Taking a small notepad and clarifying how you’re being a little bitch can be eye-opening.

Don’t just write how you vocalize your complaints, take not of how you think cynically or think about other people or the obstacles you face in life

The amount of evidence you can find even within a day is incredible.

Keep in mind that ‘reasons’ are often just excuses.

When you have your evidence, think about how, in each situation, you can think in a stronger way. That is, in a position where you take ownership of every aspect of your life. When thinking as a warrior does, by seeing challenges and not blessings or curses, you take control of your life, your thoughts, your decisions and your actions and you become a force that’s increasingly more rare in a culture that wants without having to work and complains as freely as they breathe.

If you want what most people want, happiness, meaning, and purpose, then see where you’re being weak and determine to act strong.

This is possibly the most important action you can take on this list.

A man who takes ownership of his life and each event within it is a fucking man! You cannot be a victim if you’re taking ownership. It’s impossible. Few, however, take it. Most look to others to blame. They look for scapegoats and reasons for their position in life.

It doesn’t mean accepting blame either, it means finding ways in which you were responsible and accepting responsibility for the solution.

This is incredibly difficult to do, especially when there are valid reasons to blame someone or something else. An earthquake demolishes your house? You can sit and complain or take ownership about rebuilding it. The market contributes to the collapse of your company? Take ownership on its downfall and find a way to rebuild.

Your wife starts a fight about who-the-fuck-knows-what? Breathe, and take ownership about finding a solution.

Taking ownership of each and every area of your life is putting yourself in a position of power even while placing the blame on you. It takes guts to do this. Few will. But it is the antithesis of being a bitch.

If you actually want to stop whining and complaining and being a victim, own everything, every aspect, decision, event in your life. You can’t be a victim, oddly enough, if you’re accepting responsibility for everything.

Yes, it’s barbaric, but that’s a good thing. We need some barbarism, some grit, some brutality in our daily lives because, gents, we are getting SOFT.

If you’ve never been punched in the face, get on that.

Our greatest fear is death, and it’s cousins, injury, pain, bodily harm, are right there with it. Often times we fear them more, and it’s so destructive to our ability to live and be men and be effective, yet it’s accepted by society, this fear of pain and brutality, as civilized. Fuck being civilized. You cannot be good at being a man and lose that wild soul that led great men to conquer and protect and provide.

Getting in the ring and going a few rounds will do a few things.

a. It’ll show you that getting punched in the face isn’t the worst thing in the world and even if you get your ass kicked, you can handle it.
b. Fighting isn’t an emotional thing. You don’t do it because you’re in a rage, it’s a chess game, it’s calculative. Learning to fight takes the emotion out of combat, it makes you a far more calm human, ready for whatever comes your way without having the crippling fear that usually accompanies it.

YOU HAVE THE POWER

Each of these steps are within your control. You can do everything here. This isn’t about me telling you that you’re being a little bitch. It has nothing to do with that. It’s about seeing how we are being weak, even acting as victims, and making the masculine decision to take control over our lives, our destiny, and how we live, love, and conquer.

This, whether you believe it or not, is about happiness and success and value. As a victim, a whiner, a complainer, you’ll have neither. So take action. Go through the list one by one and start living like a fucking warrior.