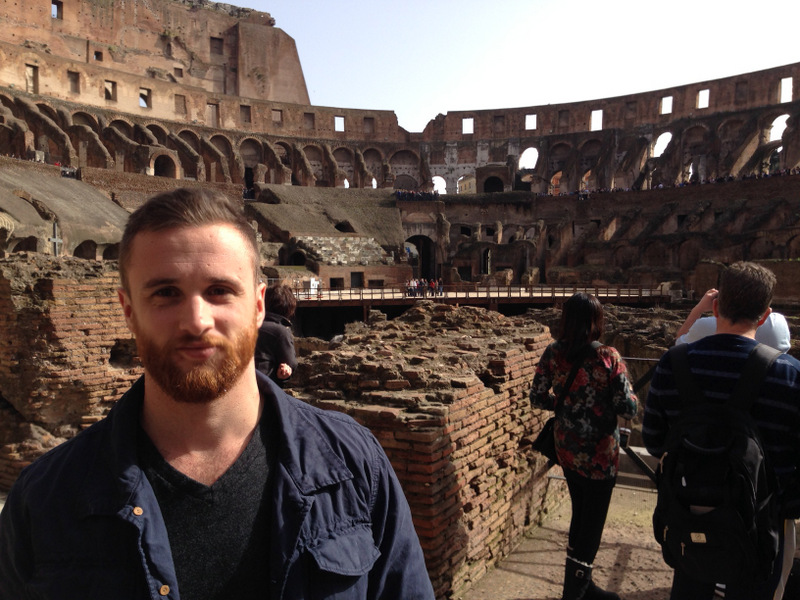 Too many of us have settled; we’ve settled for a life that’s not indicative of what we’re capable of, a life that’s short of our potential and even our aspirations. We’ve also settled into our roles. From the time we were a wee lad, our friends, family, teachers, and colleagues helped shape us into men who are just a tad diminished of the potential we hold.

Of course, we’re primarily to blame as we’ve given our peers the person to expect. We’ve fallen short on our goals, failed to follow through on our promises, changed our dreams as soon as things got difficult. They don’t expect the daring, audacious, badass that we can be, because they’ve lived a lifetime with that fella who isn’t that legendary figure we may think we are.

Alas, who we are on a daily basis isn’t who we can be.

We’re a sub-par husband who lacks the romantic flare that’s held back by fear and laziness. We’re son’s who fail to honor our mother and father, boyfriends who do the bare minimum for our lady, and brothers who aren’t their for our siblings. We’re men who simply do what’s expected of us because that’s all we’ve ever done.

I know it’s an important trip, even a once in a lifetime journey with possible adventures that I shall never forget, but as soon as I stepped off the plane and landed in Rome, I began fighting myself. Maybe it’s the sleep deprivation, having only had 4 hours of sleep in 2 days, yet minute after minute, as I walked through the Collosseum, then the Forum, seeing landmarks on every corner that would make my home city of Vancouver even more famous had we one such pillar of human imagination and audacity in our town squares, I had to fight to stay in the moment, to appreciate the moment. There will be none others like this; however, it’s more than an opportunity to see sights and create memories, it’s an chance to break the roles I’ve created for myself in my own life, and with my friends.

Booking the trip on a whim, though I do most of what I do on such whims, was out of the norm. I’ve never quite done anything like this, a sentiment that I have to continue day after day over the next 3 months. It’s a blank sheet, wiped clean by a new place and new people.

Whatever roles I’ve created, for the most part having the same core group of butt-head friends (kidding) since early in high school, the same family since just before I was born, living by-in-large in the same place since I popped out my mama’s womb, can now be alleviated.

Where I would typically be quiet, even cold around people I don’t know, and a goofball around my pals, I’m forced to be said goofball amongst everyone if I’m going to ‘have a time’ in this far off land that bore my mama. Where I would usually think things through, I can now act, and where I’d act without a second thought, I can now deliberate, deciding the best move before I plunge head first into whatever it is I’m contemplating getting myself into.

It’s a chance, made easy with travel, for me to act as my potential would have me act. But this can’t be an opportunity relegated to those who are traveling. We must break the roles held firmly in the eyes of our peers, and introduce the world to who we can be.

It’s sad that we get stuck in such roles. Whether we’re forced into them, or we just slide into this normal way of doing things and before we know it, normal is all we are. It robs us of life. It rips the control we have over our lives and lays it in the hands of expectations and pressure that are often perceived pressures and exclusively exist in the thick, under-utilized noggin’s we hold up with our, hopefully, muscular neck.

And so, as I fight to be the real, raw, audacious, impressive me, keeping the idea that this trip is something I’ll experience but once in my life, understand that where you are, right now, even if you’re taking a shite for the fifth time today, that shite will be unlike any other you’ll ever take. So be in the moment. All jokes aside, whether you’re going to the same church with your family for the 52nd weekend in a row, this moment is unique, within it lies the opportunity to be more assertive, adventurous, and daring.

Seize the adventures that enter your life disguised as a chore or a burden. Take one, small action and allow it to create a snowball effect that will one day lead to a legend that would make even TR gaze in envy.