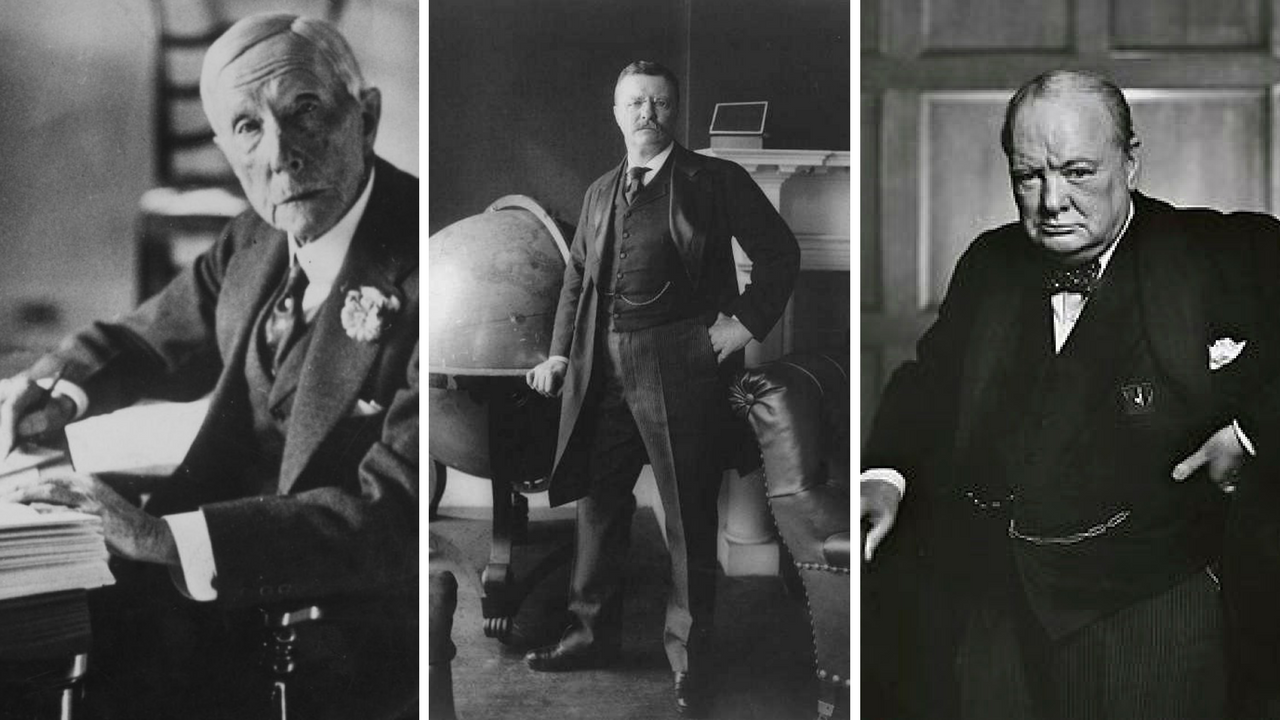 The difference between greatness and mediocrity isn’t found in an extraordinary act. As Eric Greitens says in his book, Resilience, you fall back on your training. Your training is who you are ever day, not who you think you’ll be when the shit hits the fan.

While these lessons are three, they have to be incorporated into who you are, not who you aim to be.

Strike out on your own path and avoid falling back into the paths already forged by mediocre men, work your ass off everyday, and do what others aren’t willing to do.

The difference between greatness and mediocrity isn’t luck, it’s habit.

1. MAKE YOUR OWN DAMN PATH

If you want to succeed you should strike out on new paths, rather than travel the worn paths of accepted success. ~ John D. Rockefeller

In business, don’t look for trends; instead invent a new one. Don’t follow leaders in your industry, craft out a new niche. 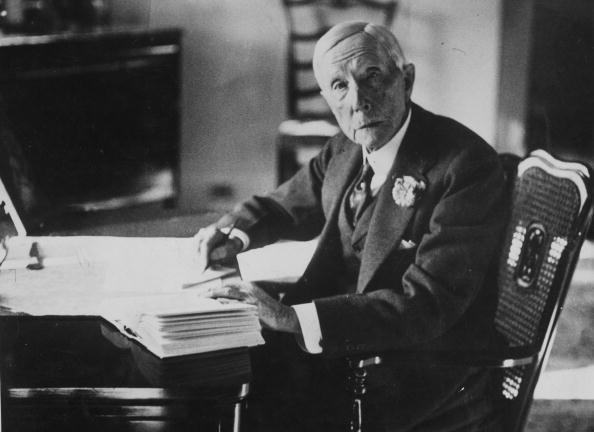 In life, don’t pursue what has already been pursued, and don’t follow paths that have been laid out for you. This is the worst trap that the majority of us fall into. We don’t take time to really think and decide if this path we’re heading down is the one in which we ideally want to venture.

Success is as much about accumulation – of knowledge, skills, wealth, land, etc. – as it is about exploration. You need both, and when combined you find true success no matter how you define it nor what you place the most importance upon.

Spend some time, real time, a day or better yet a week thinking about your path and what path you want to head down.

You don’t have to make a dramatic change, sometimes we head down a road simply to learn, it isn’t our eventual direction, but we’re learning, absorbing, acquiring the knowledge necessary to step into those paths yet to be travelled.

2. BE A MAN OF VICTORIOUS EFFORT

We do not admire the man of timid peace. We admire the man who embodies victorious effort; the man who never wrongs his neighbor, who is prompt to help a friend, but who has those virile qualities necessary to win in the stern strife of actual life. –Theodore Roosevelt

The stern strife of actual life is only made more difficult by increasingly audacious ambitions. The man who aims to achieve little won’t face many obstacles in his quest for mediocrity. The man who aims to conquer the stars will face forces he may not believe he can conquer.

That’s the stern strife of actual life. Life, on its own, is difficult, but instead of asking less of yourself to acquire an easier road, ask more. Ask that you become something you’re not already. Let go of the path you’re on and step into an entirely different realm.

While the focus of TR’s quote is who we admire, it speaks to who we must become. Admiration isn’t the goal. The goal is to be, as TR was, a man of action and victorious effort.

The pat on the pack doesn’t come after a day’s work well done. This is who you are. You are a man who never quits, of course, but also a man who attacks life day in and day out. It isn’t the end game that matters to you, it’s the pushing of Sisyphus’ stone, the act of the work, the process, the being, that drives you. Applauds and acclaim are of little value.

Too many of us live timid lives. We fear death or harm or failure, and we let that fear stand in the way of life. We let setbacks set us back. We let failures get us down. We allow monotony and safety to creep into our lives forgetting the young lions we once were, replacing tenacity with timidity, vigor with vanity. We allow a system of expectations to shape who we attempt to become, a man devoid of imagination and passion, one simply going through the motions until motions cease. 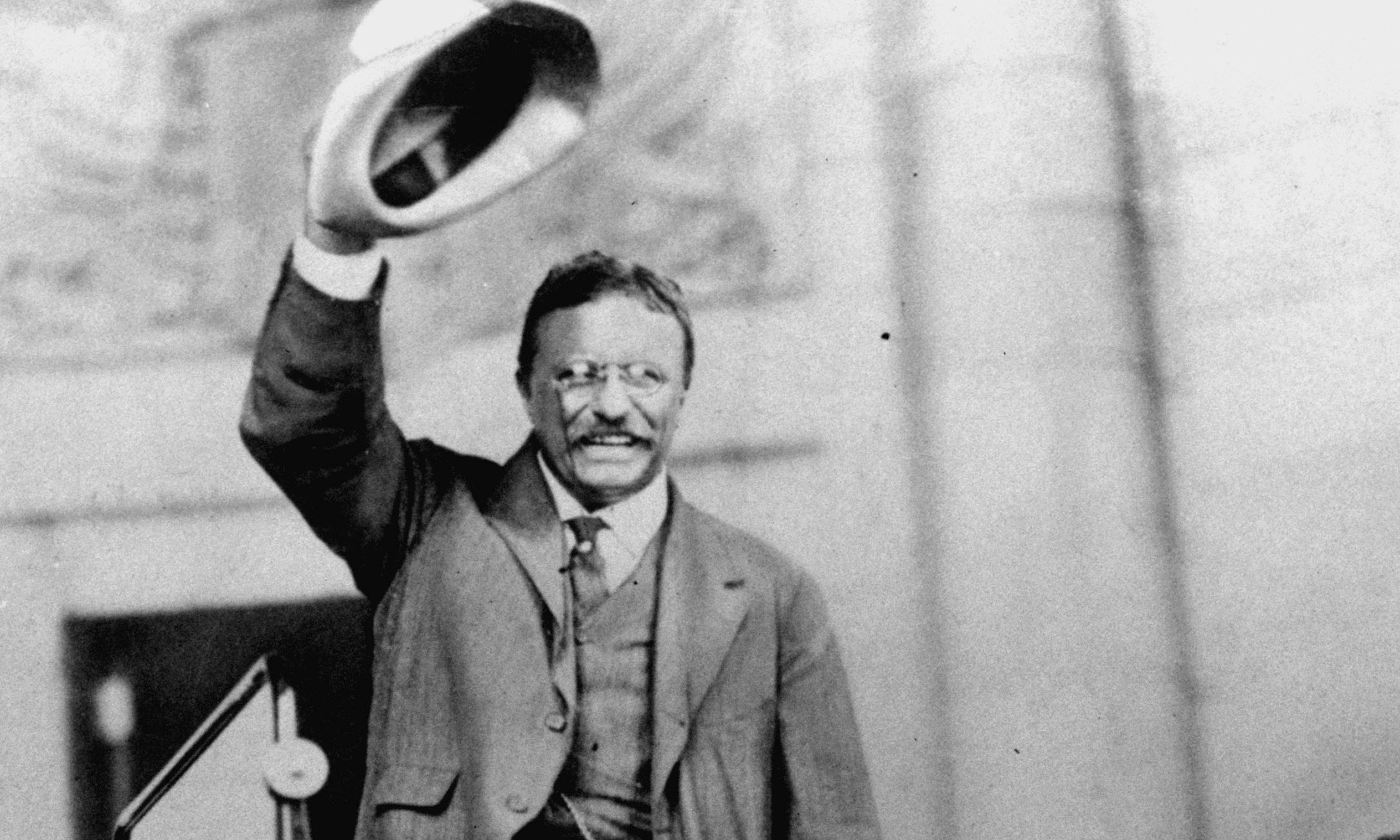 I get lost in this sedated reality. I allow it to become who I am and how I live until I read a word, a quote, a book that snaps me out of it and sets me back on the right path, but that right path has yet to be daring enough to extract who I can be from who I currently am.

This has to consistently be on our mind. We cannot slide into the easy life when the daring life is a much more attractive option.

We may die. We may fail. To aim higher than any man and to have the courage to live a higher ideal, however, will guarantee a life lived rather than one that’s merely existed.

Most visit this planet for 80 or so years. Rarely do we come across a man that is truly giving his all, who is living in its purest form. He’s the man of vigorous effort. He’s pursuing goals, he’s working harder, he’s thinking bigger, but he’s also venturing into corners of the world where most wouldn’t dare to go, chasing adventures that few ever pursue.

This has to be you.

To let another minute go by living as a fraction of who you can be further reinforces the fact that you’ll live forever as a shell of the man you could have been if, after reading an article, a quote, a book, you made a firm decision rather than only nodding in agreement then carrying on with a life without meaning, lacking action and deficient of adventure. You and I cannot go on being such a way.

Within life there are moments that define us. Sure, we are our habits. Habits change in moments of decision, where you turn your back on who you were and become who you aspire to be as night time comes and, for a few hours, your dreams become your reality.

A man does what he must – in spite of personal consequences, in spite of obstacles and dangers and pressures – and that is the basis of all human morality. ~ Churchill

We’ve gotten away from this. Today it seems as though males do what’s convenient, not what has to happen not only for their betterment, but for the improvement of the lives of those that depend on them.

In short, we’ve become pussies. Not all of us, but when you see the debt-per-house ratio, it’s clear we’re not living by the old school values that created and defended great and free nations.

We’re buying to fit into an image that has nothing to do with what we actually want and need in life.

Think about what you really want in life.

Go deep. Think about the land, the ranch, the farm, the mansion, the family, the animals, the job, the legacy, whatever… Think about that ideal. Write that shit down. Now, think about what you’re doing on a daily basis.

Is it in pursuit of this ideal or are you wasting your time and money on getting side-tracked by bullshit?

Likely not. Our purpose largely differs from our actions. Our dreams, our ideal breaks heavily from what we spend the majority of our money on and what we spend most of our time doing.

Do what must be done, forget about personal consequences or the opinions of people who wouldn’t dare do a greater good at a personal detriment. Forget about popular opinion. Forget about what others think.

Define your life. Define right and wrong and act accordingly.