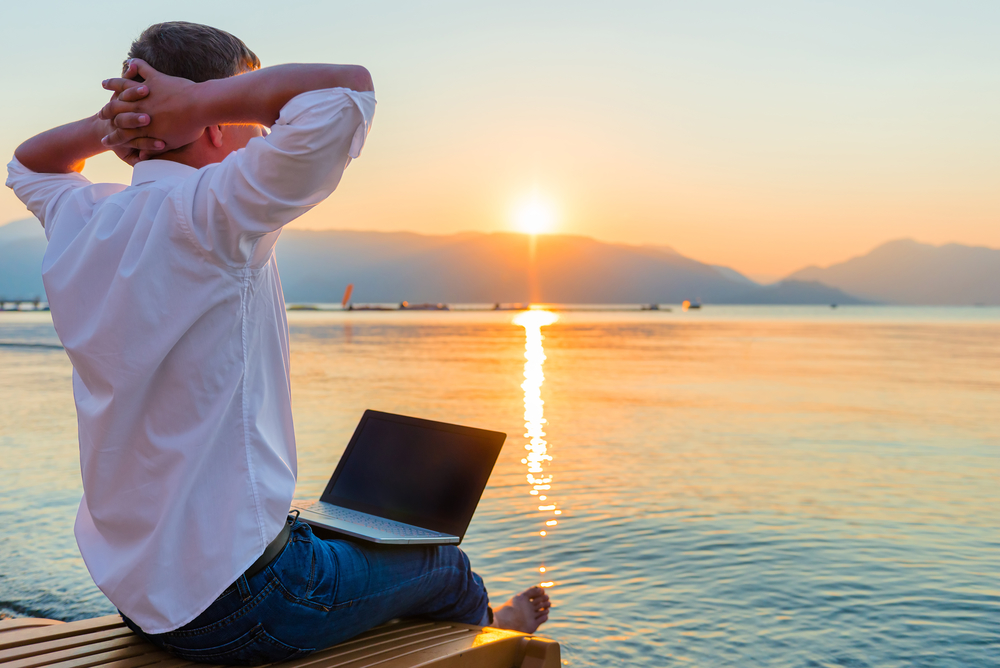 You don’t deserve a vacation. So don’t take one. -Chad Howse

I’m sitting in my desk writing an article and then a chapter in a book and I have a burning desire to travel. I love what I do but I’m one of those guys who continually has ants in his pants. (Read This: Adventure is Air for The Soul)

I’m always wanting to be elsewhere.

An image. A thought. Anything can get me on a plane and to somewhere I’ve never been.

A year ago, while I was in Argentina, I decided I wanted a real home. Not a rented apartment or a condo, but a house. I wanted land, and a backyard. Then I bought a dog, Teddy, which solidified my need for more space and somewhere permanent.

So even while I was on that trip I started saving for a house. Then I got back, stayed with my folks for a few months while the saving was taking place. Buckled down. Worked me arse off, and saved enough for a down payment.

I decided I wanted to move to Calgary. The housing prices were way cheaper than they are in Vancouver, and I enjoy the town, but more importantly the mountains.

I had a strict budget. But I made the mistake of getting a buddy to help me find a house. He showed me a dozen different places, but finished with something just out of the budget I’d set for myself, but still something I could technically afford, IF I really buckled down and saved even while living in the place.

Apprehensive, he called me out.

He said “sometimes you’ve got to dump and chase, put yourself in a hole and climb your way out of it.”

Time flies. It’s been 5 months now in this wonderful home. I love it. It has a great office, a solid amount of space, and it’s in a great location.

One of the promises I made when I bought the place was that I’d stay put for at least a year.

That is, no more hopping on a plane.

12 months of my head down working, but also exploring the Rockies and saving.

Too often today we think we “need” a vacation.

It’s bullshit. 50 years ago vacations were a rarity and relegated to the summer. Now everyone’s taking one. The more the merrier.

What about becoming more, creating more, and perfecting your craft.

Facebook makes this worse. It’s littered with pictures of humans on vacation.

So get off of facebook (my page excluded). Stop looking at what other people are doing. Stop feeling entitled to a trip somewhere and instead keep your head down, work your ass off, and save those dollar bills for something bigger than a momentary escape from reality.

Read This: Find Happiness In Work. Not Work In Happiness