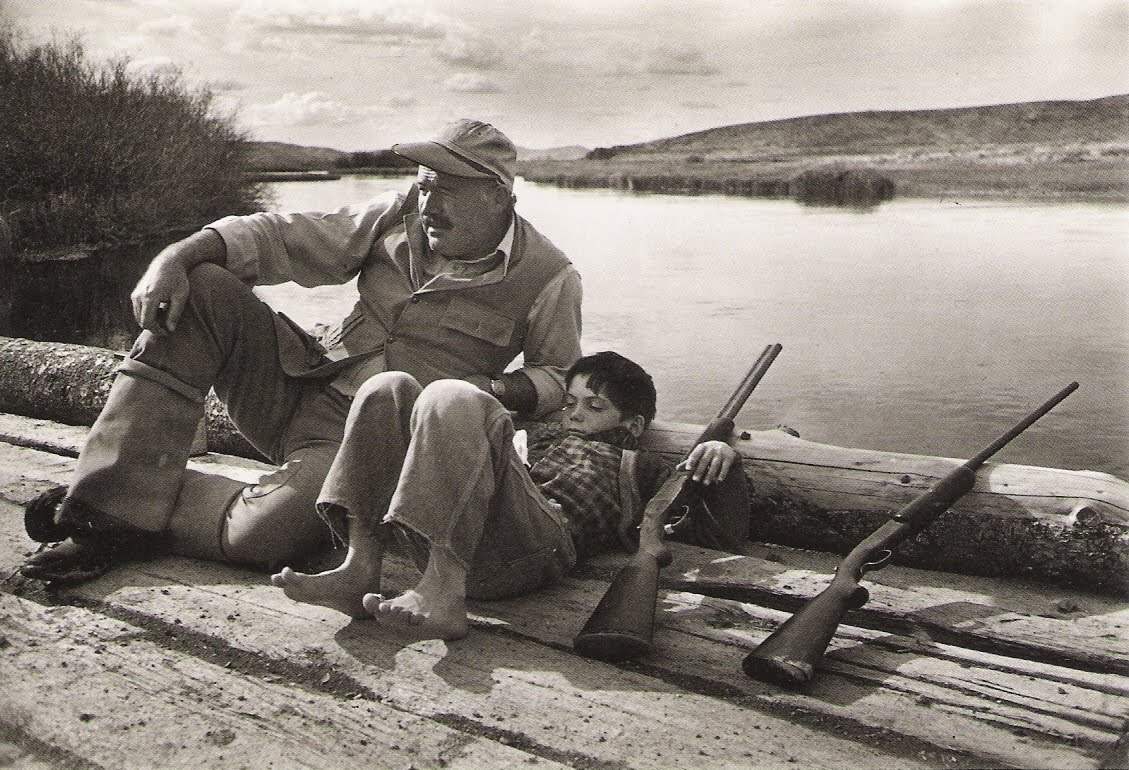 I was 4 years old, and I was getting picked on by a kid who was 6 years old. The kid would act as if he were my friend but push me around from time to time. I told my old man about it and, being a dad he gave me the advice I needed to hear; it’s this advice at such an early age that would shape the man I am and am becoming.

He told me to fight back.

He said if I get pushed around or beat up that I should hit first and hit hard. Hit first and hit hard may not have been his exact words, I may have read those in a book, but that was the sentiment. Sentiments, however, get lost on young lads of that age so the next time I saw the punk, who was actually a nice kid most of the time, I yelled out, Dad! Dad!, from the backyard of our housing complex. When my old man’s head popped up and I could see that he saw me I socked the kid right in the chops. He went down like a ton of bricks, never to bully me again.

The problem, of course, was the he wasn’t being a bully. He was being nice. But I’d been picked on enough that, having my dad’s permission, I couldn’t wait to enact some revenge, so I let the sucker have it. 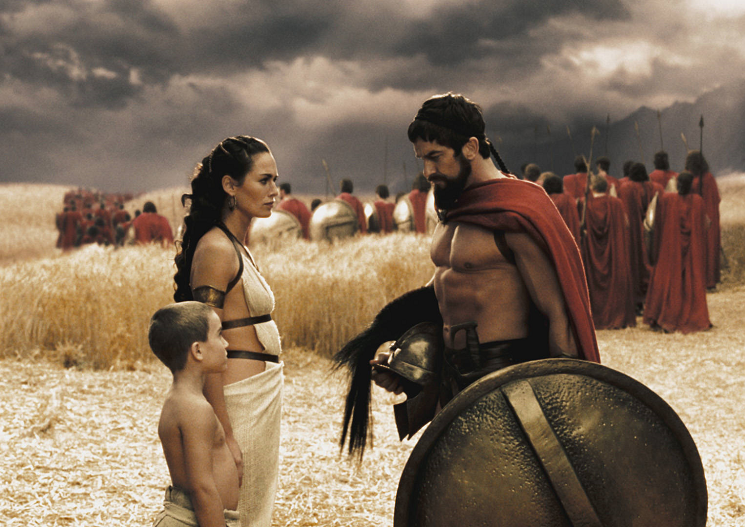 Our mothers give us sustenance. They teach us kindness and goodness but goodness is of little use if you’re a victim. This is where our dads come in. We need both the masculine and the feminine and we need to appreciate both for what they are and what they teach us. Our connections with our mothers cannot be matched. They’re with us from birth, they care for us and feed us, but our fathers are something different. They introduce adventure into our lives, and danger, and they tell us that it’s okay to hit back.

It being father’s day, and me having a dad, I think it would be pertinent to go over lessons that dads should teach their sons. Some of these lessons are being lost in a politically correct and sissified world, an emasculated society. Where they are taught, however, is where leaders will rise to point our culture in the right direction.

As a kid, especially, violence is sometimes the answer because it gets you respect. A kid can’t go around fighting everyone who picks on him, though, and in our modern society we have a conundrum. Teasing used to end at the final bell. Today it’s extended to social media, to Facebook, to texting, it’s nearly impossible to escape. You should teach your son to hit first and to hit hard if he’s facing a physical threat, but if that threat is emotional, if it hides behind a computer, you have to extend that toughness to the spiritual.

2. You Are Only A Victim If You Give Them Permission.

He needs to know your history, your family’s history to see what he is a part of. He needs to realize how strong he is and how insignificant their torments are.

On the flip-side of that coin, your son may be strong. He may be tough. In this case, you have to raise a defender, not a bully. You have to raise the stud athlete that’s going to sit next to the loner in the corner of the cafeteria and not care about what the other popular kids say about it.

You have to raise a leader and a leader creates his own pack, he doesn’t fall in line with what’s expected.

4. Laziness Gets You Nothing.

If your son thinks that success, greatness, happiness, a life of value, are all things he’s entitled to, he has lost. Entitlement is a growing sentiment and a cancer on a society that needs everyone pulling their weight to thrive.

[Tweet “Never in the history of this wonderful planet has laziness earned anyone anything.”]

There is no value in it. If your son sees the value in hard work and not just for what it gets you materially, but for the man it makes you, you will have a good, successful, strong son.

We like to tell our kids fairy tales. The original fairy tales were actually pretty damn violent. Hansel and Gretel? That’s a gory story when told in its original version. Modern fairy tales have been watered down to present the world as a good place where only good people live. The reality is that the world isn’t innately good, though its inhabitants may be.

The world is a hard place, one of the few things that’s guaranteed is adversity and tribulation. The thing is that God doesn’t put us through anything we can’t handle. If you believe that as fact, there is nothing that can stop you.

Life is hard. Not all people are good. You have to work for everything you get or you will get nothing but cynicism and envy as your constant companions.

6. Be the Man Your Lady Needs.

As they try to blur lines between genders in another distorted effort to create equality, the roles of men and women become possibly even more important. Serve your lady. Protect her. Defend her. Enable her. Uplift her. Fight for her. She’s called your better half for a reason. Make sure your son sees you do this, or he himself will never be the man his lady needs.

This is something that must be taught by actions, not by words. Words can’t convey how being the man of the house actually looks. It cannot convey the tenderness that it entails or the toughness that it requires. Men and women are very different creatures. Be the yin to her yang, the masculine to her feminine, and be it not only for her, but for your son as well.

We need more men of the house who are actually men of the house and who stay in the damn house. Don’t buck your responsibilities as a father or as a husband because it’s your son who will lose because of it. (Read this: How Men Should Become Better with Women)

Leaders serve. They’re the first one marching into battle and the last one to leave. Serve others and your son will see this. Tell him to serve others and don’t serve them yourself, and he will never be the man of value you want him to be unless he figures it out on his own some point down the line.

Inaction of good people is just as bad as the actions of bad people. We are evermore becoming a society of pussies, your son cannot be one of them. Part of raising a warrior and a defender is raising a man of courage, not a coward.

Never stand idly by in your own life, and make sure he isn’t merely a man of intention, but a man of action.

9. Money Isn’t Everything, But it is Something.

As our society is increasingly a consumer-society, your son needs to be an earner and a saver, a fan of frugality. The things people spend their money on today is utterly useless and it’s all in an effort to impress people that they shouldn’t be trying to impress.

The stuff you own does, indeed, end up owning you. Teach him to find value in work and in acquiring knowledge, not trinkets or gadgets or things.

Money, however, does have its place. Earning it allows you to take care of your family and to worry about the important things in life. Poor people talk about money more than those living in abundance because the abundance mindset dictates that you must talk about ideas rather than people or things and when money isn’t a thing you worry about it’s only a topic of conversation when figuring out how to acquire more of it.

10. Become Great at Something.

Practice and perfect. Teach your son the value in mastering a skill or many skills. It’s not necessarily what you earn from your skills but that you become great at them. The better you are at something, the more you’re likely to get paid to do it.

Teach him, from an early age, the value of practice. Practice everything. Practice greatness. Learn to love getting good at stuff. It’s practice that yields results, not talent.

Most of these lessons are taught through actions. It’s our actions that have a much more profound effect on our sons than our words – which they often tend to tune out. So, make sure you live each of the ten lessons on this list. They will make you a better man, they’re things that I need to work on and things that I am working on as well.

If you improve everyday your son will learn everyday.

Read This Next: 11 Ways to Be a Better Dad