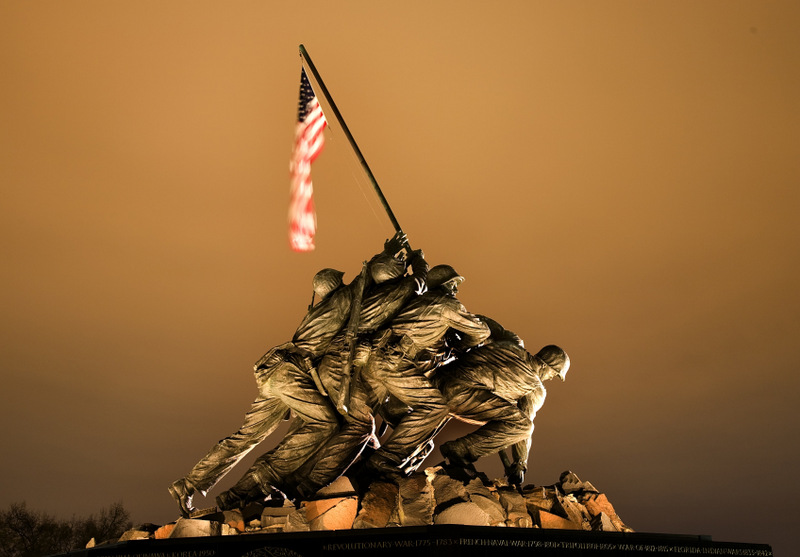 A couple weeks ago I was in Esquel, a town in the middle of the Argentinean Andes. I was there visiting family. Family I’d never met before, nor really known much about. (Check out: A Man’s Guide to Adventure)

They’re my mom’s cousins. So, my Nona’s sister’s daughters. The fact that they were extended family mattered little, the connection was there that exists with family I’d known since Moses wore short pants. As such, they treated me like I was a cousin they’d known their entire lives.

On one lovely, sunny, windy, and slightly humid day, my aunt took me to the local cemetery to see her parents and the grave of Dr. Martinez, the guy who created the Dogo Argentino (the breed of the dog that I recently purchased who will meet me back in Vancouver in the New Year).

What I didn’t know was that this was also the grave sight of my Nona’s parents, of whom I have a picture of in my bedroom. In fact, I didn’t even know that they moved to Esquel, or Argentina at all.

I was under the impression that they lived out their lives in the North of Italy like the rest of my Italian side that didn’t move to Canada.

I must have been told at some point by my Mom, but it was pushed to the back of my mind and I just kept on living in that blissful state of ignorance until I was presented with their grave… 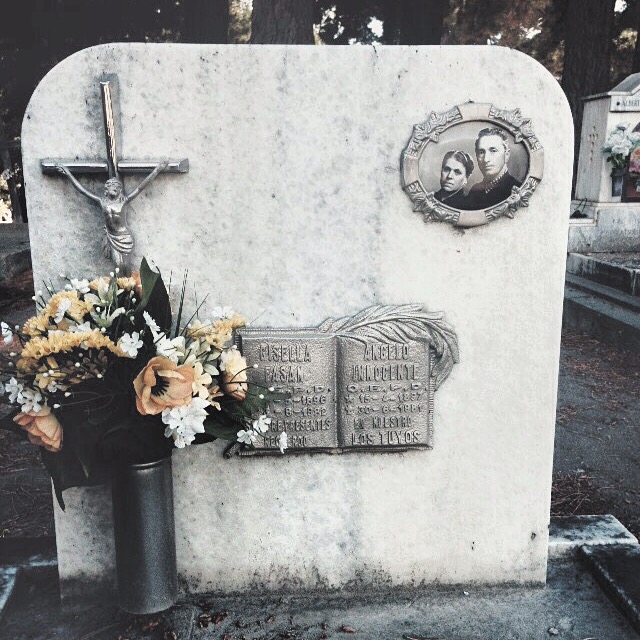 What’s interesting is that the picture in my room is that very same picture that’s on their tombstone.

Seeing their grave and listening to my aunt talk about how wonderful they were, how kind and happy and generous they were, it made me think about my Mom, my Dad, my Nonna, my Dad’s parents, and my Nonno, that latter of whom is long gone now.

My Nonno fought in the Second World War. Some of the things he saw and did I know about, most of them I don’t. What I do know is that that war changed him forever. It hardened him, as wars do. They’re horrors that men partake in, and in the best cases, partake in to defeat an evil that otherwise can’t be defeated.

You couldn’t kill Hitler, for example, with kindness. He needed to be hunted.

I hadn’t thought about him, my Nonno, for a long time, but standing before the tombstone of my great grandparents, he came to mind.

Now, on Remembrance Day in Canada, and Veteran’s Day in the States, he’s once again coming to mind.

I’ve had a lot of people make sacrifices for me, so that I can be here, writing, living, adventuring, and even simply breathing.

They’ve given me opportunities and guidance and made sacrifices for someone they never really know.

We’ve all had people who have made sacrifices for us. Even if they aren’t our parents, our grandparents, or even our great grandparents.

Men who fought evil men, who defended cities and towns and nations from bad people who wanted control over the planet or to impose their way of thinking on the rest of the world.

Men who fought Hitler in the Second World War, whether from the UK or the States or Canada or Australia, or wherever else they may have resided.

Men who died so we can be free from tyranny, free to follow our hearts and souls and have control over our destiny.

Women who did the same. My Nonna, for example, kicked Nazis out of my Mom’s home when my Mom was but one years old.

Men who fought the Japanese and went through horrors that you and I could never even fathom – if you haven’t read Unbroken, by Lauren Hillenbrand (buy it here), do so now.

Without these sacrifices, you and I would not be free today. Without Churchill’s steadfast and unflinching compass of what’s right and wrong, good and bad, and the courage he had in standing by his beliefs, we may all be speaking German.

We have it pretty good, very good.

Freedom is won, earned. It was won by a generation that preceded ours, and handed down to we who have done nothing to warrant it.

Today is a day when we remember, but don’t just think about it for a second, go deeper, watch a movie on the Second World War, read a book about the battles in the Pacific, call your grandfather or grandmother and thank them.

Hold this gift that they gave deep in your soul, in your heart, and vow never to waste it. Don’t waste this gift living a life that is easy to live, that you know you can live without much effort or daring.

Don’t waste this gift only residing in the zones of comfort that so many confine themselves to, held back from a life of adventure or risk or brutally hard work in an effort to create something Legendary.

People have died so you can be free. (read: a Man’s Guide to Freedom)

Strive to dare mightier and back that daring up with even more audacious action. You have it within you to be something great, to live an awesome, audacious life filled with adventure and accomplishment and exhilaration.

You’ve been given this gift by men who did the unthinkable in today’s society, they died with no desire for acclaim or fame, they died because they fought a just battle against enemies that wanted to tell people how to live, what to believe, and what to think.

When you train, train harder knowing that men of your age and much younger fought decades ago, and still fight today, in the name of freedom, allowing you to build a better body, mind, and soul.

Paying them back doesn’t happen when you waste time, when you sit on your ass and complain about how your life is. Your life is, theirs was.

Paying this gift back can’t be found in laziness or worry, it can only be found in purpose and action and doing everything you possibly can to use the most out of this gift you’ve been given. It’s a gift paid back by paying it forward. To pay such a lofty gift forward you must become more, better, stronger, of course, but you also need to reflect on said gift, the weight of it, the importance of it, if you’re going to hold it in your heart and let it guide you to the daring existence you’re capable of living.

That’s what this day is about; paying respect to the fallen and those still living. Paying homage to those who’ve fought of us by using this gift in a way that betters both us and the rest of humanity.

Spend this day – yes, and entire day – reflecting on past and present sacrifices being made by men and women who you’ll never know. Know that evil exists in this world and, as the brave men and women did in World War II, it needs to be destroyed, not reasoned with, but decimated. And we will always rely on men with courage to carry out the acts many of us are unwilling to even acknowledge.

Pay it Back, and Forward.

When you reach your potential, when you hustle and don’t look to use excuses like so many today do, you make these fine men and women who have fallen in the name of freedom smile.

You make your grandmother hold her head high with pride.

You make all of the horror of war, on some level, worth it.

Most don’t take this route, however. They don’t see that Bob from Virginia who fought in the Second World War, and Chad from Vancouver, are connected. They miss it. They see the evils of war and not the soldiers who fought it.

They see an easy route as the best route, when it can never be the best path because it’s devoid of growth. They take their freedom for granted and fail to understand that there are forces that oppose it and brae men and women who still fight today to uphold it. Check Out: 7 Steps to Freedom

If more men and women would understand this gift, that their life isn’t purely a singular event, but one that’s connected to warriors of the past and present who sacrifice their lives in the name of values and principles, we would be far better off than we are now.

[Tweet “There would be more self-reliant humans in a society where laziness is sin rather than a “right”.”]

To waste your talents is to waste the gift, the service. To not help your fellow man is to waste this sacrifice. To remain ignorant and indifferent to the suffering that goes on in the world, to turn a blind eye to the evil that exists, is to ignore the sacrifices made so you can be free.

Bring this gift to the present, today. Acknowledge their service, appreciate their sacrifice.

Shake the hand of a veteran. Pray for them. Honor them by thanking them and don’t you dare waste that thing they fought so passionately for, your freedom.