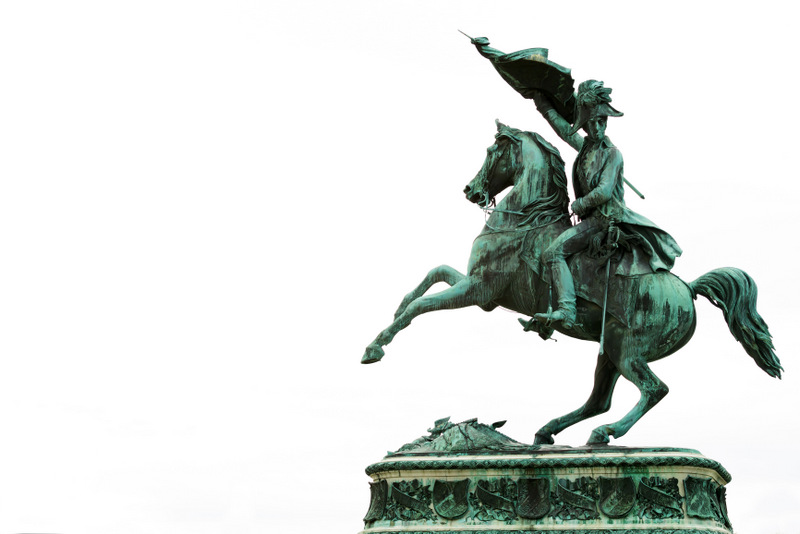 Yesterday I accompanied a pal of mine to the book store. I typically don’t buy books from book stores, merely browse, take pictures, then buy them at a fraction of the price online. I’m cheap like that. Today was different. Itching for a new read I went with and took a look at what was in stock.

As I browsed the hallowed halls of the Indigo book store down the street from whence we’re staying I began to find clarity in what kind of book I was looking for and what I wanted from the book or books that would catch my eye and attention and lead to a purchase. I wanted discipline.

None of us will accomplish anything without it yet so few of us truly possess it.

With the books piling up in my hands I came to the realization that none of the books that I had in my hands helped me become a more disciplined man, and as I walked back to put them each in their original place on the shelf, there were two books that caught my eye that I’d actually been meaning to grab for some time.

Both books follow disciplined men on their way to a mission far greater than their own improvement or benefit. Both men require courage and action and audacity. It’s these two books that will help frame this article where I’ll bring you through tactics I’m following to become more disciplined and in turn better.

The second book: No Easy Day, with Mark Owen, a story that follows a Navy Seal through his trials, tribulations, battles and training on their way to hunt down the terrorist, Osama Bin Laden. In the world of a Navy SEAL, discipline becomes something all-together different than it is for the rest of us civilians, it becomes a survival technique. Without discipline no mission can be accomplished, life saved or ended. Without discipline the shit hitting the fan is the end, not merely a road block.

How to Become More Disciplined

Discipline is simple, but it ain’t easy. Being the glue in your life that bridges your dreams and your reality, it’s also as important as life or death or however you want to frame it. Discipline must become a habit, not merely a wish.

The focus of your discipline.

In what areas of your life do you need to be more disciplined?

What typically happens is that a lack of discipline in one area will effect every other area. So it’s important that we don’t merely focus on one area of our lives when it comes to discipline, but every aspect of every area or, though it may take time – even years – our lack of discipline will transfer and destroy us.

Cut all things out of your life that don’t aid you in becoming a better, more successful, happier, stronger man.

Cut out unnecessary TV. The NFL and boxing and UFC are the only necessary “shows” that I prescribe to, along with Vikings. Anything else is simply a bridge to doing something that I should be doing, in others words, a waste of time.

Remove your cell phone from your life. Use it to call and periodically text. Don’t surf the net or Instagram or Facebook or Twitter or whatever else the kids are doing these days. Even get email off your phone and schedule your answering of emails to one to two slots per week. You’d be surprised the time that little tidbit saves.

Draw a line in the sand

The thing about discipline is that it needs to become habit and to become habit it you can’t falter. It takes 21 days for something to become a habit. That’s the common belief, I’d say it’s more around 60. Within these 3 weeks you can’t slip up. If you slip up you have to start again at day 1.

Becoming disciplined isn’t rocket science, and there aren’t a ton of tricks and tactics that will ultimately work. It just takes guts and self-control. You can to draw a firm line in the sand, and you can’t ever cross it.

What comes next is a routine.

You’ve identified areas in your life that need more discipline. You’ve vowed to draw a line in the sand and never cross it again. Now what comes is routine. It’s routine and habit that will lead you to greatness and great deeds, not chance.

Too many of us wait for a moment to shine when the moment to shine is every moment in our lives. Happiness, meaning, purpose, and greatness are all daily acts we perform on purpose.

If you want to be disciplined, if you want to accomplish things in life, practice. Start by getting up early at the same time seven days a week. Follow that up with your diet by eating healthy and having strategic cheat meals, but actually sticking to them. Follow that up with your work schedule, then add in other areas of your life that you need to get control over.

In the case of discipline practice does make perfect. Practicing discipline toughens you, it makes you stronger and opens up many more doors in your life that can’t be opened if discipline doesn’t exist in your life. So practice and enjoy the outcome.