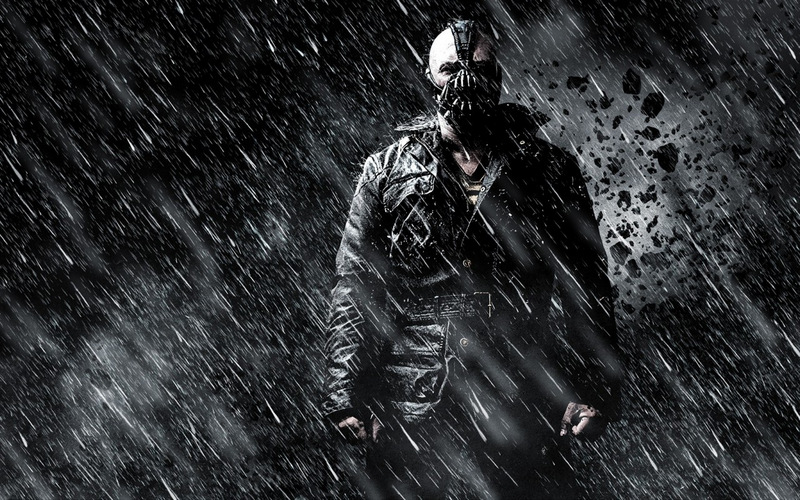 The following is a recipe for a super villain.

Growing up in an unstable nation in turmoil is hard enough. Add in that your father, an imprisoned revolutionary, escapes the system, leaving you in the prison where the both of you were living. The corrupt government, looking for someone to punish, chooses you to carry out his life sentence. Now you’re a child being raised by killers and thieves.

Growing up in a prison has its “benefits”. There’s ample reading material, which young Bane takes full advantage of. There are even teachers, like the Jesuit Priest who takes Bane under his wing and gives him a formal education. A man Bane later kills.

Time isn’t an issue. If you fight it, it will win. If you accept that having nothing but time can be a gift. You can use it as such. So, Bane learns. He trains in the yard. He learns to survive as a child amongst thieves and killers. It’s no wonder that he becomes one himself. Not just one, but the one. The king of the prison.

His rise to success piques the interest of prison controllers who force him to become a test subject for a mysterious drug known as Venom. A drug that has killed all of the previous test subjects hurts Bane, at first. But then it dramatically increases his strength. Albeit with one condition: dependence.

He needs the drug to survive. Every 12 hours tubes pump the drug directly into his brain, not only keeping him alive, but maintaining his enhanced strength. Thus, a super villain is born…

The upcoming movie, The Dark Knight Rises, centers on Batman’s humanity. He’s an aging, weary man, who also happens to be the guardian of the city. Coincidentally, not the greatest timing for his most formidable opponent yet: Bane.

In prison, where Bane developed his considerable strength and fighting skills, he only had access to dumbbells and barbells (all anyone really  needs). As such, we’re going to focus on heavy, compound movements, and nothing else. For cardio, I have a video of some unique heavy bag drills that you can follow on your non-workout days.

We’ll have a 3-day a week full body split. Great for beginners trying to pack on that first bit of lean muscle. But also great for anyone trying to gain muscle mass and take a week out of their current training split to have a heavy week.

So here we go…