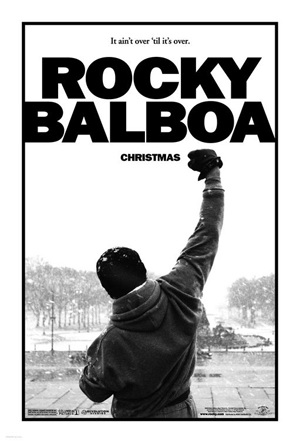 Here are some lessons I learned in the ring that apply to life as well.

1. Face your fears and go on anyways. There were so many times in training, sparring, or in an actual fight where I wanted to quit but I never did. I’ve tried my best to carry that over to life and have been successful in doing so, but far from perfect at the same time. The adversity I faced in boxing is in front of everyone, I was held accountable. My trainer could see if I was going to give up and I didn’t want to let him down. But why should life be any different?

You should want more than anything not to let yourself down.

“It’s not how many time’s you get knocked down, it’s how often you get back up and go forward that counts.”

This quote is attributed to a lot of people, but I’ll give it to Rocky Balboa. 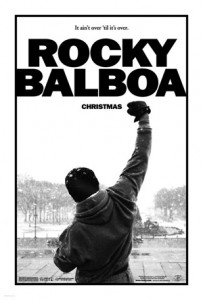 In business you have to continually try new things and continually push your own limits. To grow mentally and spiritually you have to get out of what makes you comfortable and push yourself if you truly want to grow as a person. In the gym its the same thing. If you don’t push your body beyond what it’s used to, you’re not going to see any benefits.

We cannot become what we want to be by remaining what we are. – Max DePree

3. Live with integrity and character. In boxing you’re basically alone out there for everyone to see. If you throw a cheap shot, it’s going to get spotted by someone. In life, if you cheat, it’ll come back to you someday. I’m not saying you have to live like an angel, but to be successful, truly successful, you need to be respected. You need to live with principles. You’ll waver here and there because nobody’s perfect, but in life like in fighting, if you throw that cheap shot, at some point people will see it.

4. Live in the present. You obviously have to think about your future and you have to respect and acknowledge your past, but when you’re in the middle of a fight you have to be in the present. Your mind can’t wonder. If I started thinking about the second round before the first one was finished I’d be toast. In life this is true also. Enjoy what’s there now, appreciate as best you can because the present comes and goes so quickly.

You can clutch the past so tightly to your chest that it leaves your arms too full to embrace the present. ~Jan Glidewell

Here's an old pic I found of me 2 years ago, and a whole lot lighter at 150 lbs, just before a fight.

5. Feed your body well. Because the training was so intense, it was easy to feel it if I was eating unhealthy foods. In regular daily living it’s a bit harder to see or feel, but it’s still there. Putting your body through such strenuous training magnifies what your body’s going through on a daily basis. In fighting I was able to feel what I was feeding my body and how it effected me. Now that I’m not fighting I realize that how I feed my body will effect my life both now and in the future.

The greatest wealth is health. ~Virgil

6. Your mind is a muscle and you must work it to make it grow. Being physically fit was important in boxing and it’s important in life as well. But, mental fitness is equally as important if not more. The more I learned about the sport of boxing the more I realized it was more like chess than it was simply a physical competition. Being physically fit gives you the tools to use your mind to the best of it’s ability. In a fight I was in such good shape that I was able to think clearly, see openings and patterns, then exploit those openings.