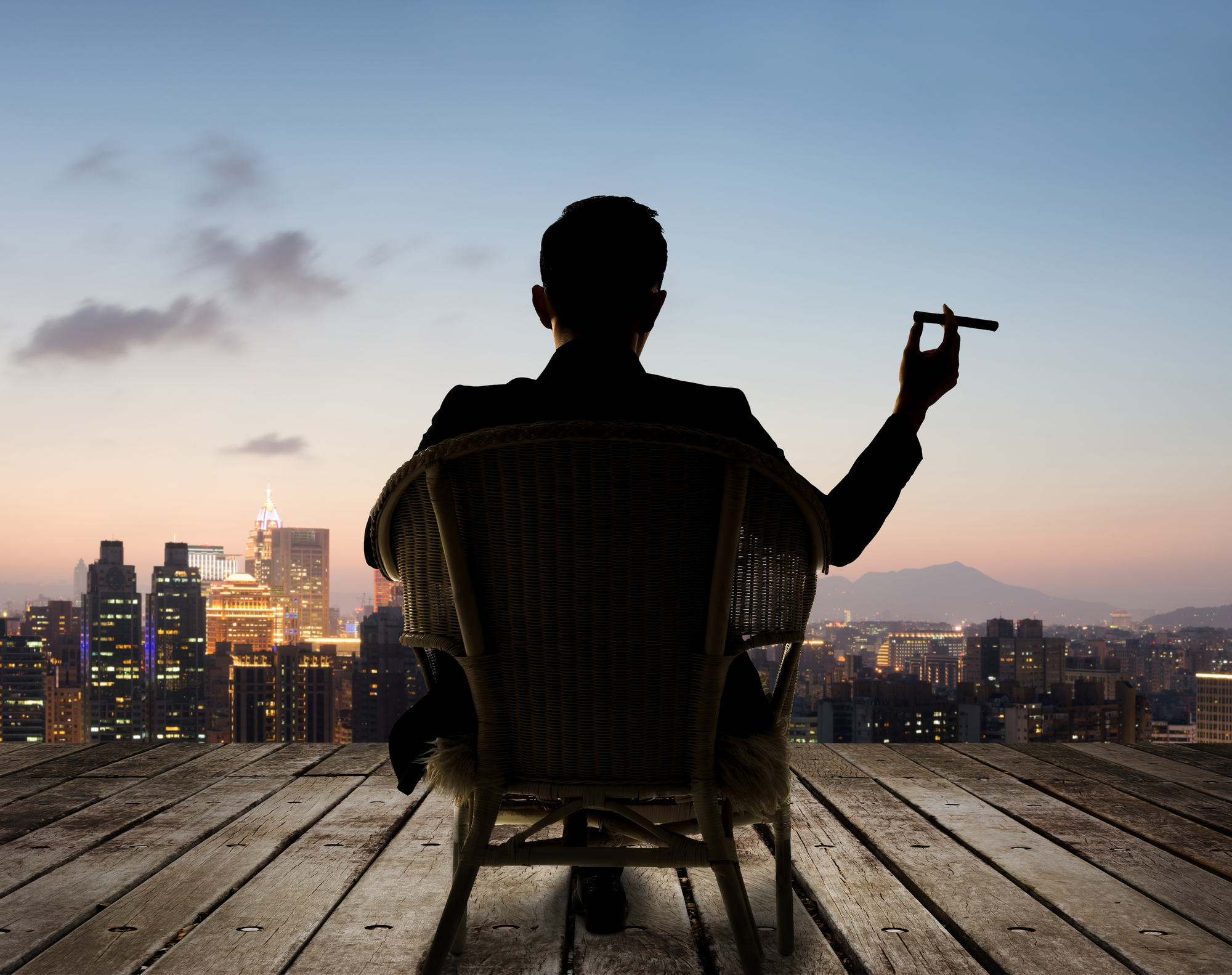 How to stay motivated after a bad break-up

Many men and young men are devastated by a break-up. Their future was planned out, certain, and now their notion of what their future would look like is over, and sometimes it hits the fella more than the female.

The thing is, right around the time of a break-up it becomes even more important to win. You HAVE TO win. You have to take this event and make it beneficial, not destructive.

There are three areas that need special attention and awareness to achieve success:

I’ve had a couple bad break-ups. One where I was engaged and had to end it. Another where I was younger and it just wasn’t going to work out. In both instances I succeeded in some ways and failed in others.

Hindsight, however, is a lovely thing.

With the engagement, looking back at it now, assessing how I acted after it happened, where I was weak, where I was strong, how the entire relationship will help me moving forward, and how it helped me become a much better man in the process, but there were areas where I still failed, just as I’m sure there are areas where you’re failing or have failed post-relationship.

But, there is a way to not only stay motivated after a break-up, but to improve your life exponentially as a result of it, no matter how blindsided, painful, or angry you may be.

Let’s get into it.

1. Dial in your routine and your habits.

People rely too much on motivation and being in a ‘good emotional state’. They workout when they feel like it, and don’t when they don’t. They finish every task when they’re motivated, and take days off when they’re not.

This is a horrible way to do things, horrible.

It’ll ensure money troubles in your future, a lack of confidence in your present, and you won’t be as happy as you can be if you take another approach.

This is one area where I dominated post-break-up.

Without having someone around you have to entertain, take to dinner, figure out fun things to do with, and the typical things a relationship involves, you can do whatever the hell you want, namely, you can win your day.

Figure out a good routine and stick to it 6 days a week, 7 ideally.

Read. Stretch. Do 100 push-ups and 100 sit-ups. And then work for 2-3 hours doing creative tasks, like writing this script and article.

After I went through that last break-up, I earned more in the next 3 months than I did in the previous two years.

You may be down in the dumps and all that stuff, but that’s no reason to not work hard, to not grab this opportunity by the reins and guide your life to where you want it to go.

Right after the break-up, set a clearly defined structure to your work and your training.

Most guys use post-break-up periods to go out, bang a bunch of broads, and drink a buttload of alcohol. After which they feel empty, they waste their money, and are BEHIND where they were during the relationship.

Wake up at the same time 6 days a week. Read. Work. Think. Plan. And get your routine to a point where all of this becomes automatic, regardless of your emotional state.

2. Set a massive goal for your life.

I started a new company after that break-up. I had an idea while I was in the relationship, and as soon as it was done – maybe a month after at most – I started the new company.

I took every single penny I had, added in some debt, and took a risk.

It required a lot of work, which took my mind off of the break-up. It was stressful, which was great. It required all of my energy and attention, which was also great.

Dive in head first into something big. It doesn’t have to be work, it can be something else, but use this time to become the man you can become. Be better, again, regardless of how you feel.

3. Contemplate, then cut off.

Review what went wrong. Think a lot about who you were and where you were wrong, and then cut it all off.

You have to detach. Look at the event, the entire relationship, without emotion. Do it for a week, maybe two, but after you’ve figured out the lessons you can take away from everything, cut it off. Your subconscious will continue to learn lessons, but you don’t have to give your energy to them anymore.

Staying in the past for too long can crush your present and your future.

Killing the past is sometimes necessary because spending too much time in the past is like dragging around a ball and chain. You can’t move forward if you’re holding onto your past.

Reviewing and learning from your mistakes is a must, but you don’t need to spend too much time doing it.

Pull out a pen and paper, write down what you’re thinking, who you became that you didn’t want to become, why she was wrong for you, how you didn’t act like not only ‘a man’, but THE MAN, and commit to never doing that again.

You’re the man, whether you know it or not.

There is nothing in this world you need that you don’t have to become truly great. Sometimes we don’t act like it. We act like less than we are. We curtail who we are to fit a relationship. Sometimes we do so for good reasons, but you always have to be the man or everything in your life will fail, relationship included.

After that last break-up, I went to England, Italy, and Israel.

It reminds you of what you want to become, who you want to become. You can flip a switch when you travel and be that guy, to break free from the social tendencies you had over the past year or two or 10 of the relationship that just ended.

So, go be free. Be the guy you can be when you’re free, and bring that guy back home with you.

When you travel, do exciting stuff. Go on adventures. Go to dangerous places. Try new things. Meet a lot of women. Do the things you were craving to do when you couldn’t because you had the ol’ ball and chain weighing you down.

If you break it off, or if she breaks it off. It’s over. Maybe a few years from now you can rekindle things, but not anytime soon. Get rid of that desire to get her back.

Whoever you both are right now are meant to be apart. You’re supposed to break up.

After I went away, I came back and reached out to the girl. Being home, alone, with most of my pals married with kids, I started thinking about the wrong stuff.

We chatted, went on some dates, but I was always just waiting for her to do some of the things that made me end it, and she did.

It was a waste of time and mental energy.

This goes in line with killing the past, but this specifically has to be addressed. Just don’t go back. Your life is in front of you.

6. Forget about being motivated. Chase the new.

You don’t need motivation. Motivation will come with victory.

The more wins you have with work, the better shape you get in, the more new experiences you have, the motivation will come, but your actions and habits have to lead you to it.

And chase the new. Chase the exciting. That’s living. Newness is great. We feel alive with new experiences, challenges, and so on.

Now is the time to try the stuff you’ve always wanted to try but didn’t have the time or the resources to do.

Start being the guy you’ve always wanted to be.

7. Get in the best shape of your life!

Finally, this should be number one. It’s the most important, oddly enough.

The body can lead you out of depression, despair, or any negative emotion.

Getting dialled in with your training is the most important thing you can do to win post break-up.

Train like an animal. Eat right. Slowly watch your body change, and see how your mood, your emotions, your attitude, and your energy change along with it.

Give it time. Get in a routine where you’re lifting 5 days a week, doing cardio 3-4 days a week, playing sports, walking a couple times a day, and getting after it in every way you can physically.

The Alpha Workout is a must. It’s my 8-week training protocol that’ll help you get stronger, leaner, and build a V shape.

It’s my favorite training protocol by far. I do it 2-3 times a year when I want to kick my training into another gear. You can check it out in the link in the description.

There are a lot of benefits to breaking up, especially when you realize this wasn’t the right lady simply by the fact that you are no longer together.

So man up! Start moving forward. Start becoming who you can become, reach your potential without anything or anyone weighing you down.

But get started right away. Don’t give yourself a week, a month, of stupid partying, drinking too much, and being a lazy twat.

Life is short. You can’t afford to waste months on something that you’re eventually going to realize was a good thing.