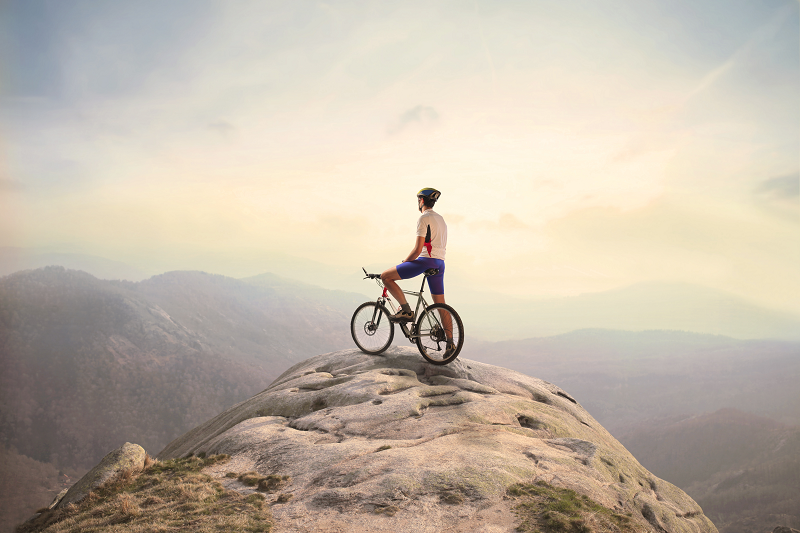 Monotony scares the shit out of me. To wade into my days knowing exactly what’s going to happen with no prospect of growth or personal evolution is death. I need to extend who I am, to go where I’ve never been, to take on more than I can handle and to reach further than I can grasp.

It’s easy to slip into ease, though, to fall into the trap of being comfortable and happy with where you are. Sometimes we need to dump and chase, to give up control and fight to gain it back.

Often, it’s on our shoulders to man up and push ourselves, even when no one is watching and no one is aware that we’re hustling, rising, fighting to improve, grow, and evolve. 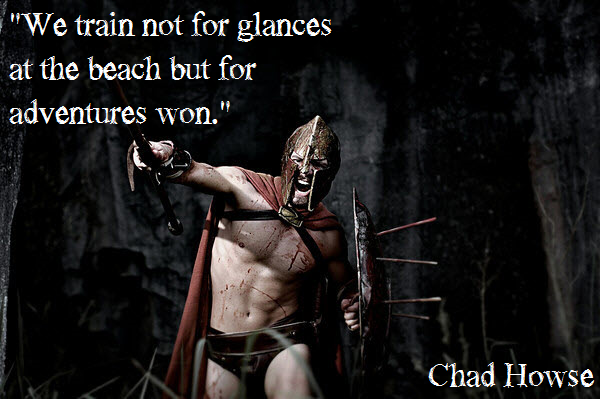 We train not for glances at the beach but for adventures won.

The result of a badass program that gets you in great shape is both a body fit for adventures and a physique fit for whatever the hell you want it to be fit for.

Training, at its base, is improvement. It’s putting your body through the fire, through pain, so it can withstand what a good life is supposed to consist of: adventure. 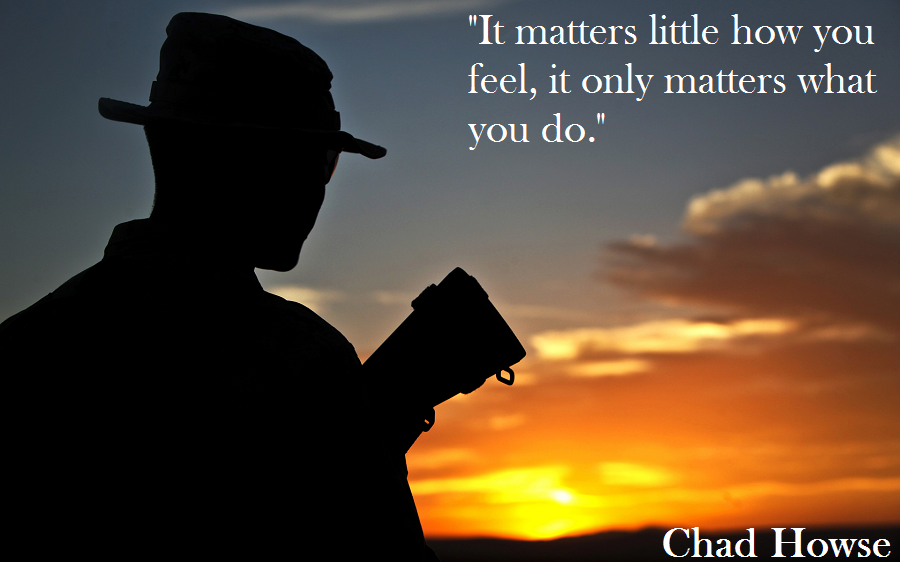 It matters little how you feel, it only matters what you do.

We – myself included – wait to feel “up to it” to work really hard or train really hard and when we’re not supremely motivated we work at a lesser quality than when we are.

This is no good.

Your life should consist of routine, which should consist of work being done and challenges being won, daily. It isn’t sexy, the human who gets a little done daily and doesn’t take days off, but it’s how life is won, it’s how dreams are created.

Don’t depend on motivation. Depend only on routine. 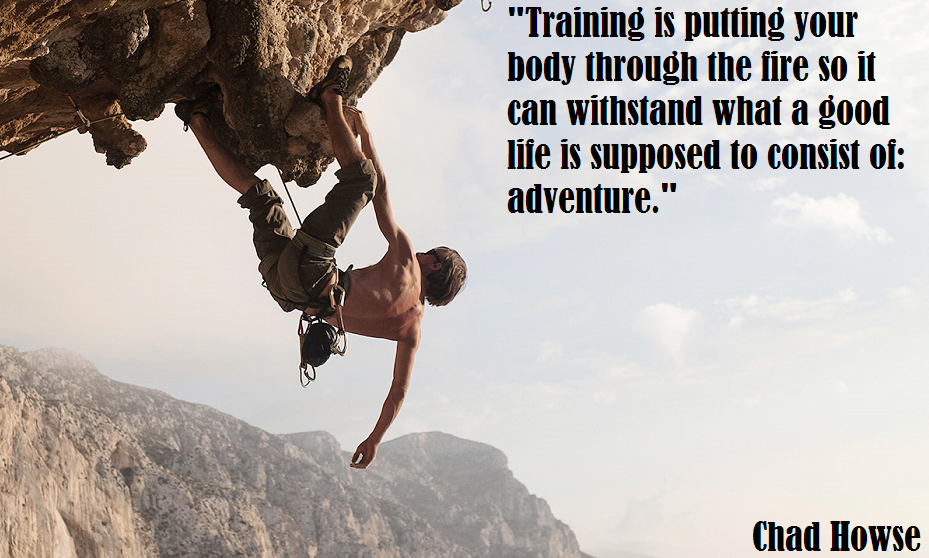 Training is putting your body through the fire so it can withstand what a good life is supposed to consist of: adventure.

Get out into the world and get dangerous. Risk things, life and limb, knowing that you could lose but if you do it was done in pursuit of something more.

Greatness comes to those who climb higher, further, and more persistently. Keep hustling every damn day with the knowledge that it’s the work that is the reward, not the end. 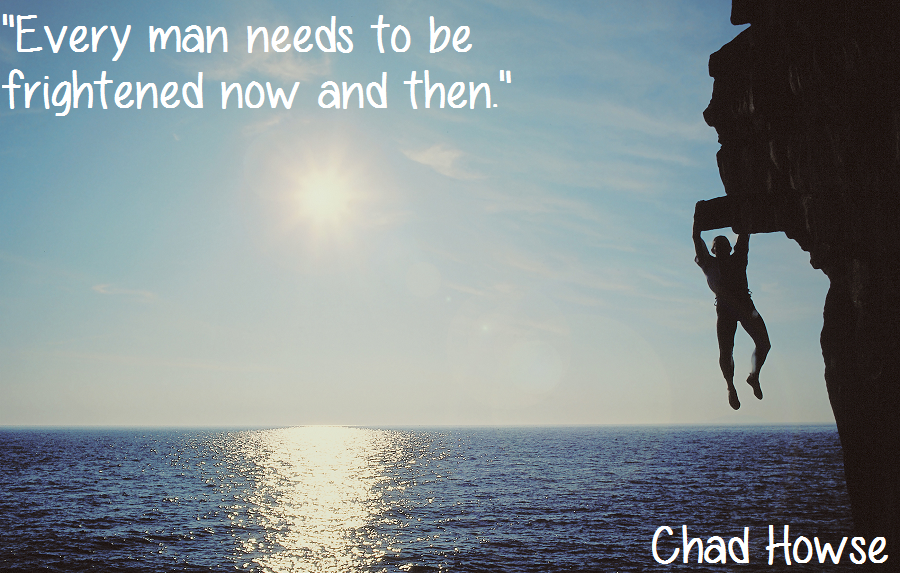 Every man needs to be frightened now and then.

Fear makes us feel alive, as does uncertainty. And the only way to feel it deep in our core is to push ourselves beyond what we know we can do and take on more than we think we can handle. (Read This: Why Michael Jordan Didn’t Fear Failure) 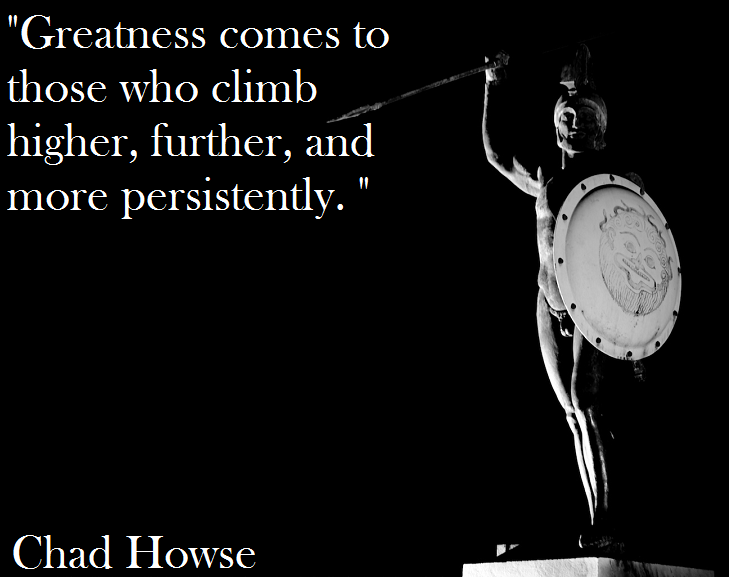 Greatness comes to those who climb higher, further, and more persistently.

Life doesn’t exist on a single plain, it’s a constant climb that happens everyday and those with the balls to climb the steepest parts of the mountain are rewarded, not simply for climbing, but for pushing themselves with an audacity that creates growth. 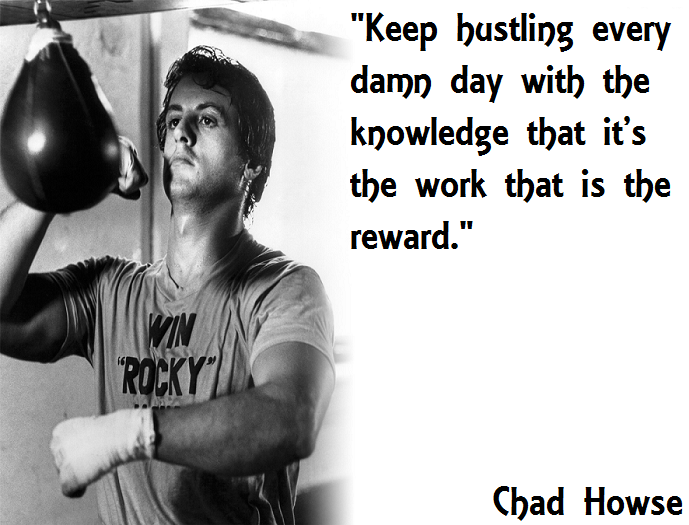 Keep hustling every damn day with the knowledge that it’s the work that is the reward.

The victory isn’t actually the victory. Getting up every damn day not knowing if you’re going to win or lose, that, my friend, is winning. 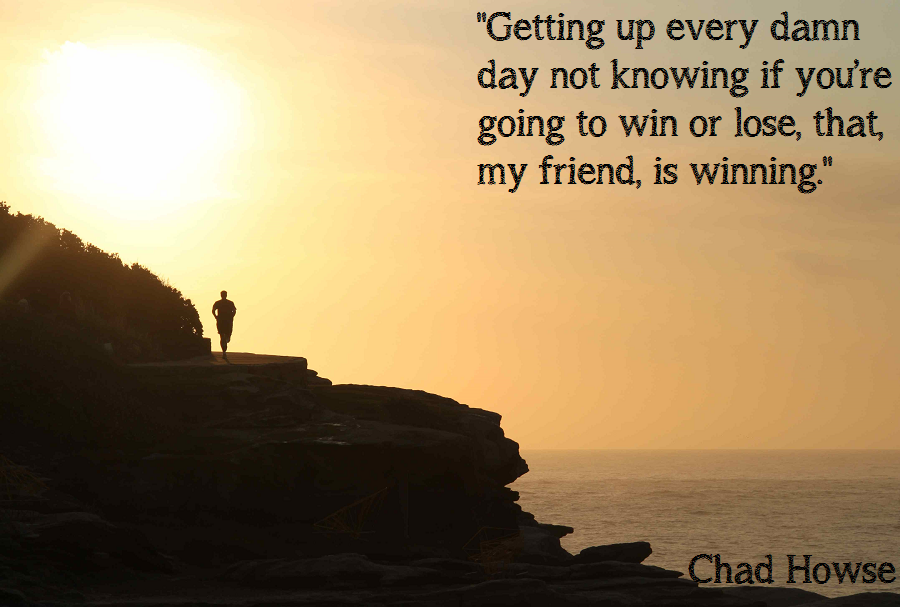 Getting up every damn day not knowing if you’re going to win or lose, that, my friend, is winning.

It isn’t the final victory that we should applaud. It’s the early mornings when your future was uncertain that deserve the true applause.

What’s interesting is that those who rise early and often and hustle even when no one is watching, that end up victorious in the end anyway, and always receive our applause and attention. 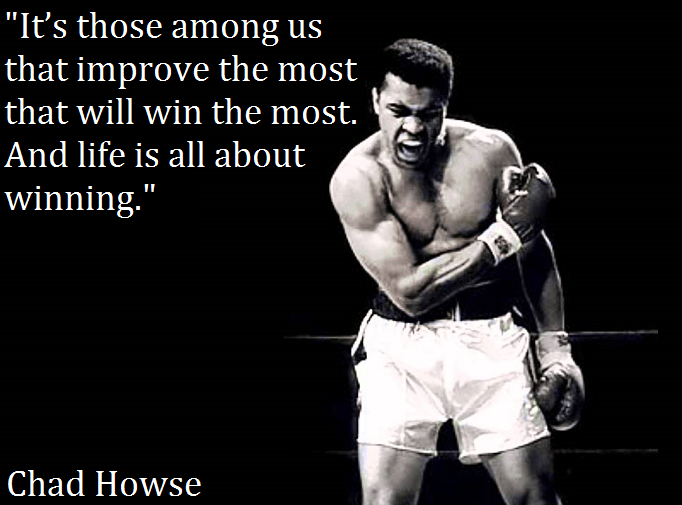 Winning exists in improvement, in giving more of yourself and not just for yourself, but to others as well. The more you improve as a human being, the more you win at life.

More Man Up Monday: Pain is Your Friend and Ally