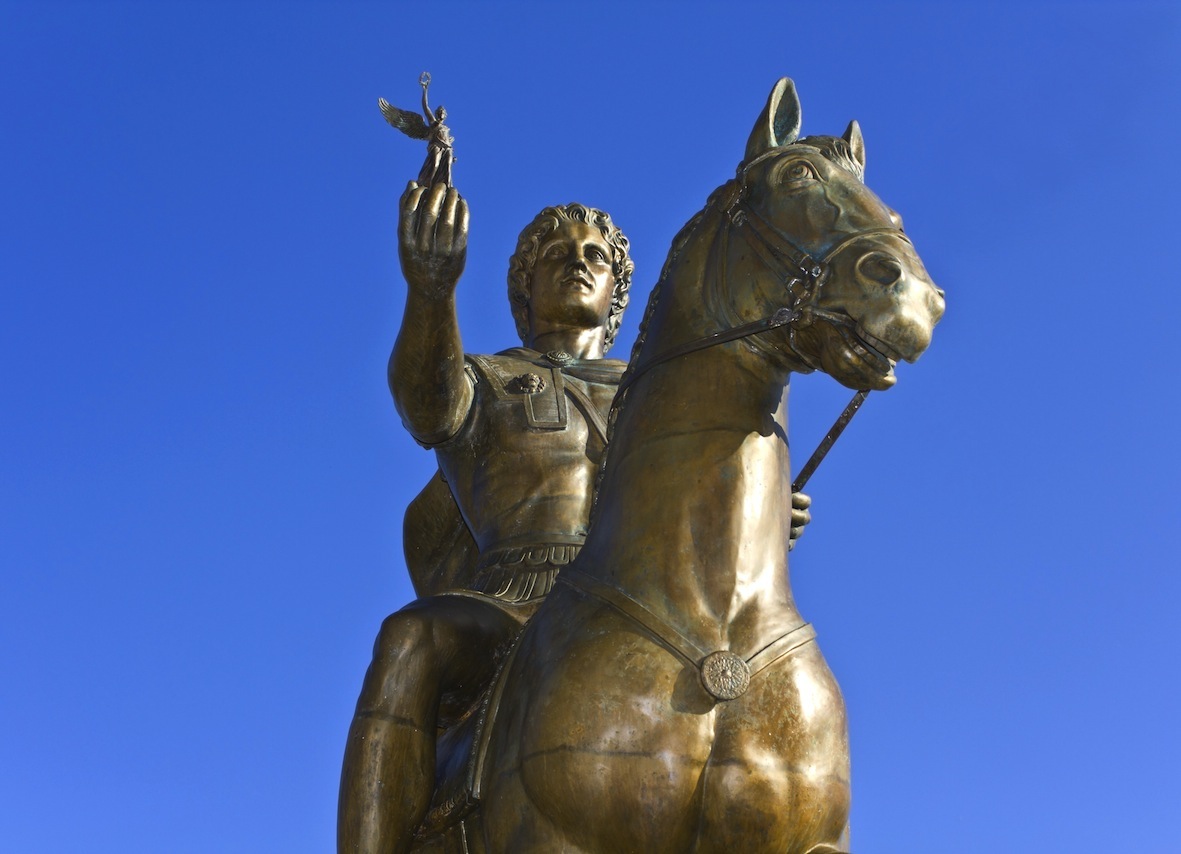 You are two people; there is the disciplined version of you, and the slothful version of you. One is lazy, he talks a big game, makes audacious goals and proclaims them to the world yet never takes the courageous actions needed to see them to fruition. Then there is the great you, the version of you who’s focused and disciplined enough to do anything he wants. In life you walk one of these paths, the path of success and happiness and self-reliance that’s lead by discipline, or the path of laziness, of inactivity, of failure that’s lead by doing whatever you want whenever you want and having nothing to show for it. You choose which path you walk on. Choose wisely. 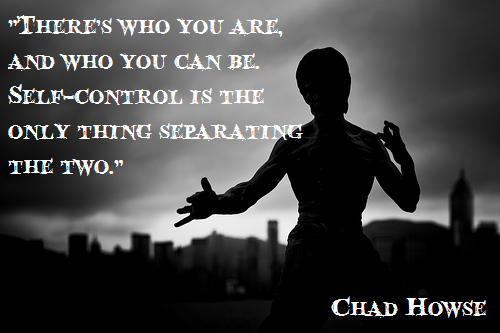 Self-control is discipline, it’s focusing the mind and the body on what will yield results, be it a happier life or a more successful one or both, without self-control there’s nothing of great value that can be accomplished, yet it’s the single thing that most of us run from and avoid. (Read this: 5 Ways to Become More Disciplined)

Question of the day: Do you want a meritocracy or equality?

A meritocracy is such that the person who gets the position or the money or the job, earns it, they are hired or fired based upon merit, and nothing else.

A meritocracy has no color, no sex, it only sees results.

Equality, though, is forced. It’s the perception – real or manufactured – that a class or a sex or a race is at a disadvantage, and regardless of merit, steps are taken to “level the playing field.”

We see the fight for equality in the gender pay gap that’s centered around a bogus stat that claims that women make 77% of what men make. What we don’t see is the factors that go into collecting these statistics (it’s a broad look at income of every man vs every woman), nor the lifestyle choices that separate men and women.

Not on a per industry, per job, per year basis. For example, take a look at what women pursue in college vs what men pursue…

Here is a list of the ten most remunerative majors compiled by the Georgetown University Center on Education and the Workforce. Men overwhelmingly outnumber women in all but one of them:

And here are the 10 least remunerative majors—where women prevail in nine out of ten:

Could this information explain that 6% gap? Of course. In fact, it could go above and beyond that number.

The truth about the gender income gap is that there are too many factors to really come up with a per industry, per hours worked or results given statistic. Time off for pregnancy, for example, isn’t taken into consideration. But the fight for equality that the 77% stat aims to bridge will lead to forced equality, positions hired based only on sex and not merit, and quotas that will some day need to be met, by law if this narrative is continually pushed.

The problem with fighting for equality (or inequality) is that it can be a goal that’s fed by false information or political agenda. As a politician when you stand to remove the gender income gap you’re seen as kind and caring and progressive, if you look at the evidence, the numbers behind the numbers and find that on a per job basis the stats are virtually equal, you’re seen as cold and misogynistic.

As a thinking human you should want a meritocracy, where race or sex or birthplace matter little, where only results matter, and the person with the job has earned it. Are we there? Not entirely, but the best companies continually hire the best people for the position, so the only way to ensure that we create a meritocracy is to let the failures fail, to not subsidize them or bail them out, and allow the companies that provide a service and thrive, to do so.

Where you try to force and to regulate, you end up creating more of a mess than initially existed. In your fight for equality the only logical outcome is inequality. (Read this: Your Idea of Equality Really Isn’t Fair)

As a side-note, there DOES seem to be a gender income gap in Hollywood, a land that is overwhelmingly run by liberals and self-proclaimed progressives. 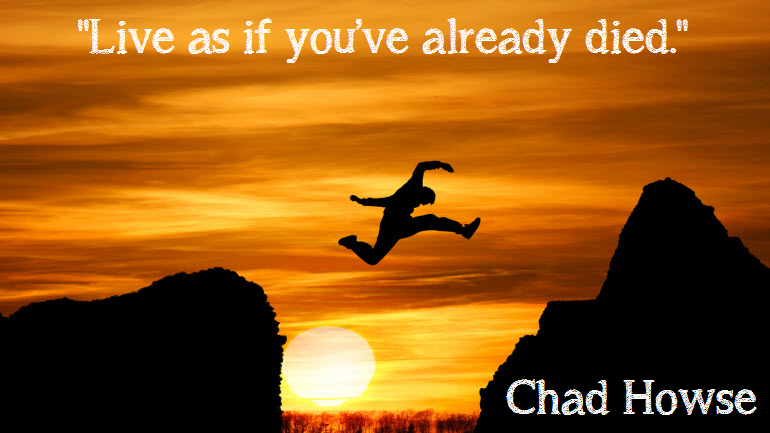 The reality is that you will one day die, relatively soon, in fact, and to spend time worrying about what others think or if you have the most fashionable clothes becomes increasingly insane when you’re able to bring that death to the present.

Would you fear what you fear if your fate was already accepted?

Would you not find more time to enjoy those around you if you were to completely come to grips with your mortality?

Sometimes is helps to live as though you’re dead, it’s not very rational to fear what already is or what’s inevitable after-all. 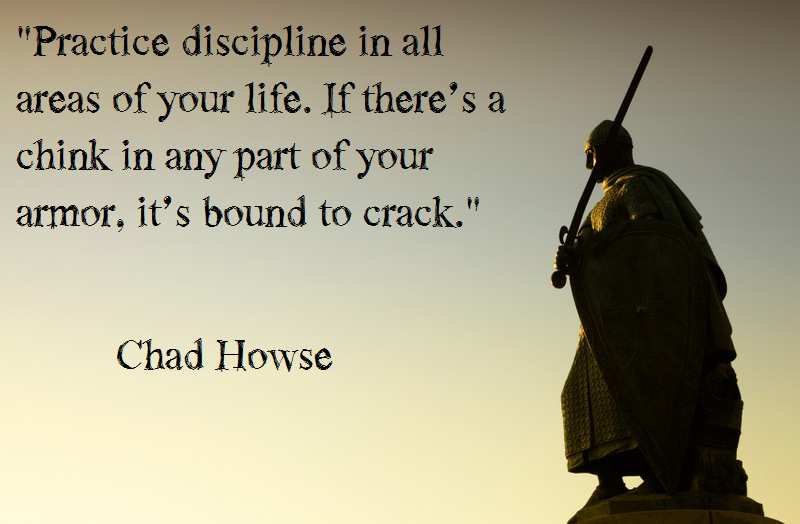 Discipline is a muscle. We hear that comparison all the time with other things, but the more you enact your ability to live a disciplined life, the easier it becomes, and this strengthening of discipline is done through the right habits.

You know what you have to do, be it work longer hours or earlier hours or change your diet. Start with one meal or one morning or one task, then add others as those become habitual.

If, however, you let one area of your life slip, it’s bound to seep into those other areas that you’re aiming to conquer. 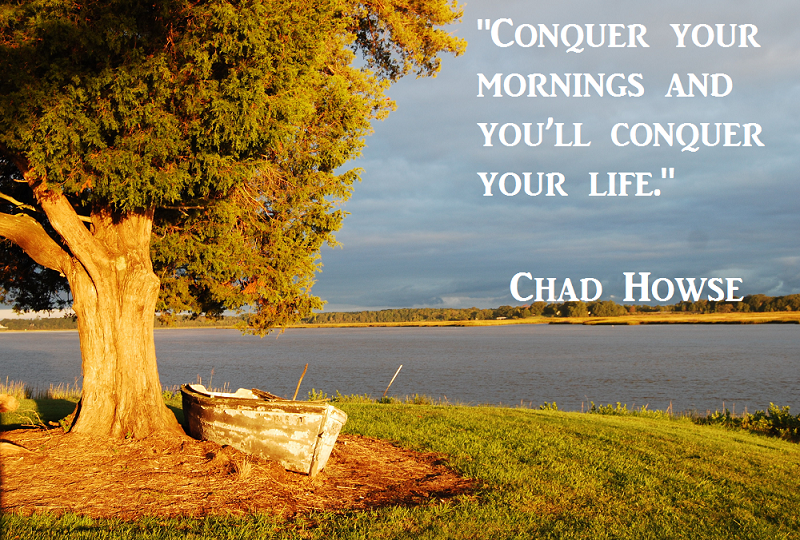 If you can create a morning that’s surrounded by good, effective habits, these habits and this effectiveness will spill over to the rest of your life, the problem is that most people lose their mornings and then end up losing the rest of their day in the process. 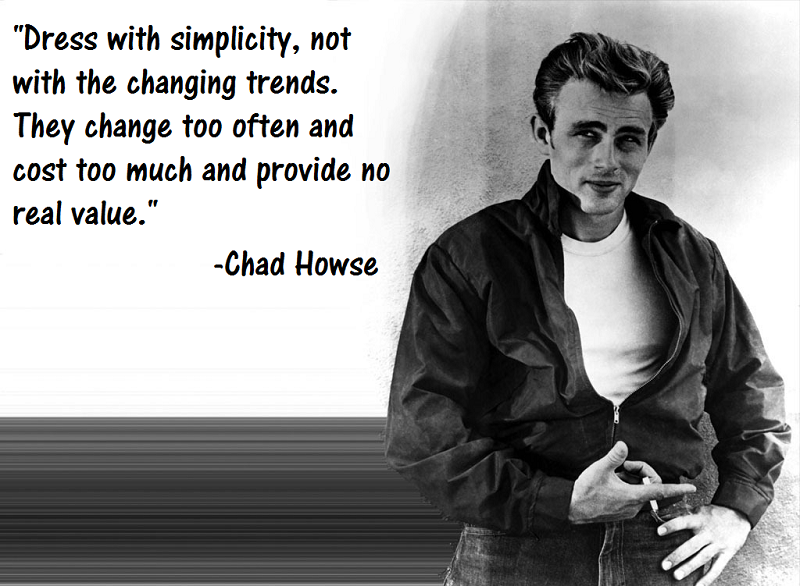 Dress with simplicity. It’s a style that won’t make you stand out, but it’ll do well enough. Your confidence shouldn’t come from your clothes, they can be lost or burned or worn out. It must be internal.

Save your money. Don’t spend it on fashion, that’s an industry that’s focused on vanity, not substance. You’re a man of substance, so dress like one, not worried about what covers you but focused on living a good life and a valuable one to more than just yourself. 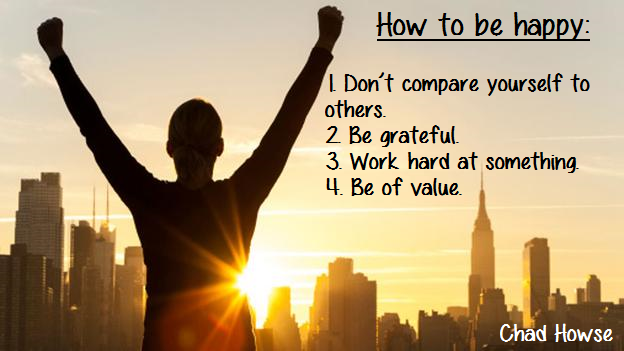 Happiness is a choice, an action. You live happiness, you create it, you don’t search for it.

Your happiness is under your control, but you won’t find it in ease, in receiving and not giving, in complacency. It requires of you improvement. If you’re not better than you were, if you’re not growing, you won’t create happiness, you’ll be stuck waiting for it to happen to you. (Read this: How to Be Happy) 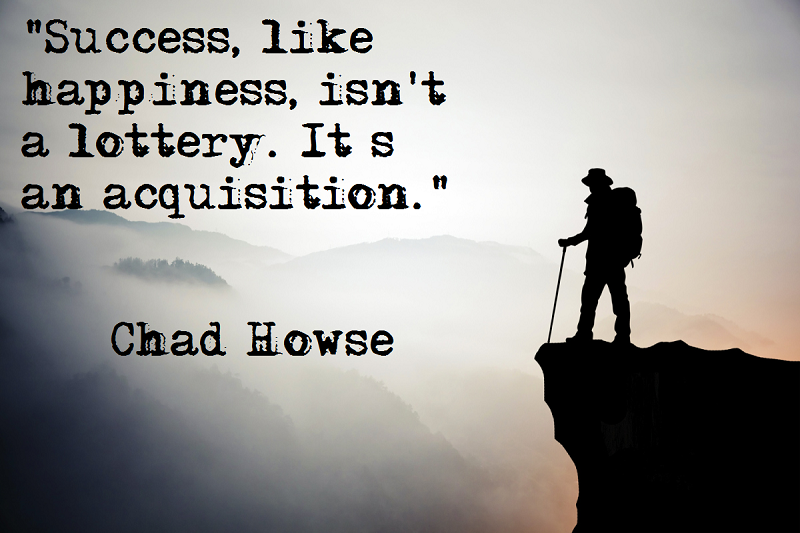 You acquire success just like you acquire happiness. You can be born into wealth, but unless you use it for good, how can you be called a success? If you’re of no value to your fellow man, how can you think of yourself as successful?

Far too many people wait around for both happiness and success to happen to them. It doesn’t work that way. It’s created and earned, like everything in life, it takes work. 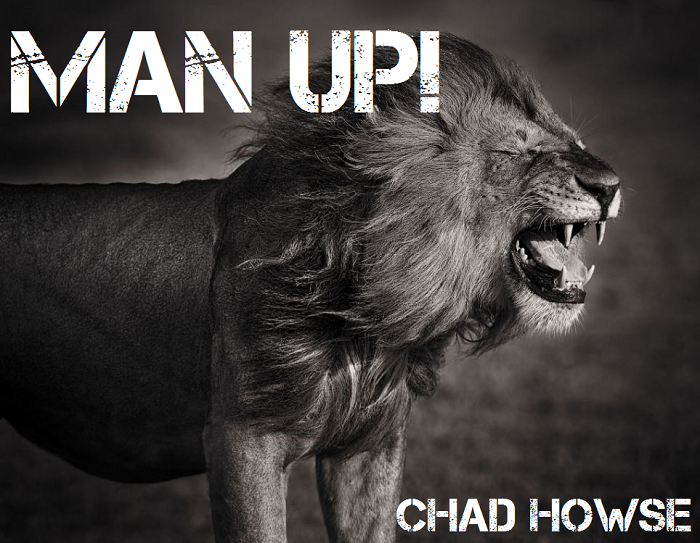 ‘tis a great call to action, to tell YOURSELF to man up. Don’t worry about others, just you. To man up is to take control of your life, your thoughts, your reactions to events in your life.

It’s to take control of what you can control, and leave what you can’t. It’s to remove excuses and reasons from your life in favour of action and effectiveness.

Some want to quell this call to action, I say we need to understand it and use it more!

Gandhi saw manliness as a virtue, as did Churchill. It’s used as such in the Bible, and by Theodore Roosevelt and Confucius and Robert E. Lee.

So, man up. Stop complaining. Start working. Start taking control of your life, and yes your life is yours to control! 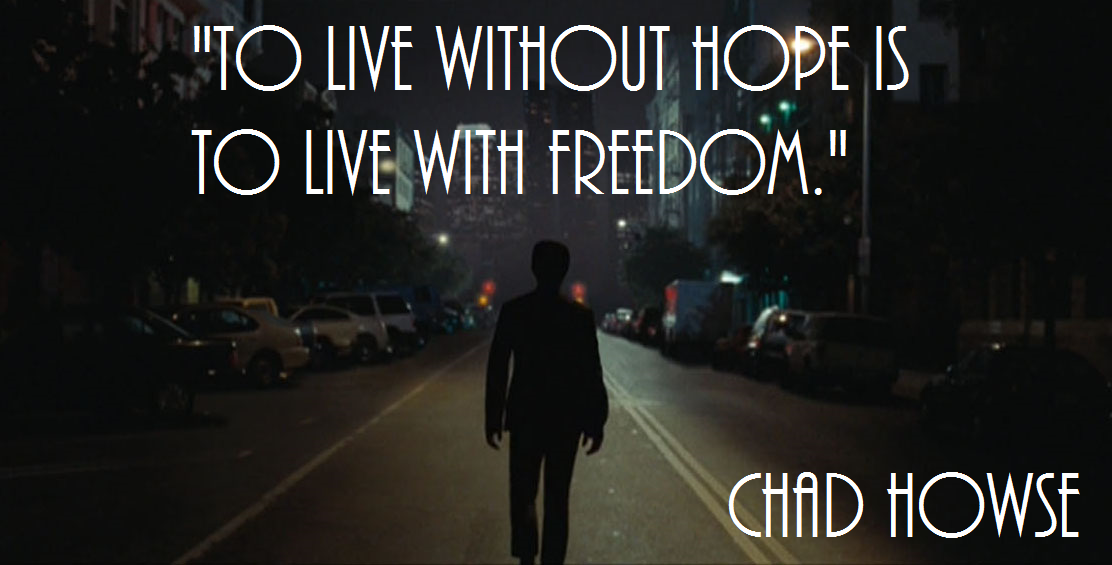 To live without hope, in this sense, is to live without expectation. When you remove expectation from your life, you’re forced to live in the present, not in the past, nor in the future, but only focused on what you actually have and what’s actually at hand.

Far too many spend their lives in the future, hoping for something better, for some blessing to be bestowed upon them never realizing that it’s through their own hard work that this blessing should be earned, not received.

So yes, a life without hope, without expectation, is a good life. This doesn’t mean that you don’t expect things of yourself, but that you’re not expecting things to happen on their own when these events and your reaction to them are largely under your control.

More Man Up Monday: Life Has No Summit, Just Climb