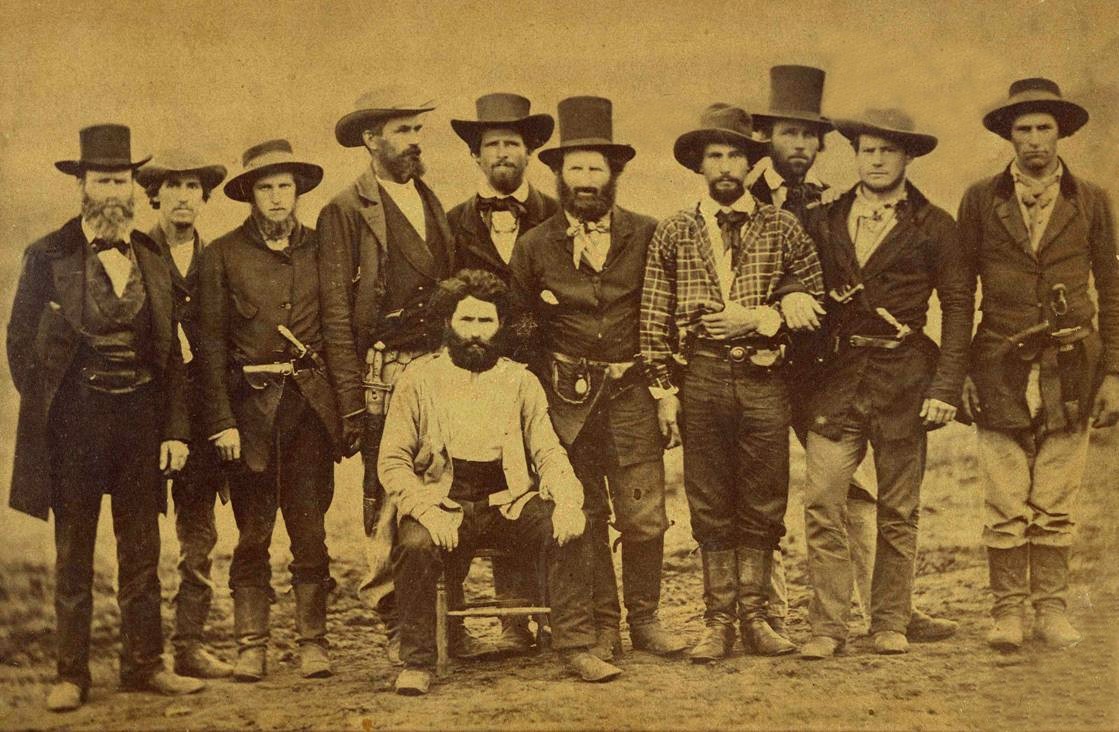 Those of us who praise a previous generation don’t necessarily do it out of an ignorant fondness for what was, but because of a relationship with someone from a time that reflects the values that made a people both successful and proud. There is no time that’s perfect, no space in our history that was completely better. Today we’re living longer and poverty is decreasing worldwide, but that doesn’t mean that we can’t learn things from those who came before us, the great men that make up what is known as our Greatest Generation, and for good reason. (Read this: How to Be Old School Amidst The Pussy Generation)

We’ve heard first hand how men of the Greatest Generation think. We know how they dealt with problems and how it parallels how the majority of today deals with problems. In my experience, these fine men accepting things as they were and did their best to control what they can. Today we’re far quicker to blame someone else for our lack of money or success or even motivation and opportunity, when in the past they just hustled. 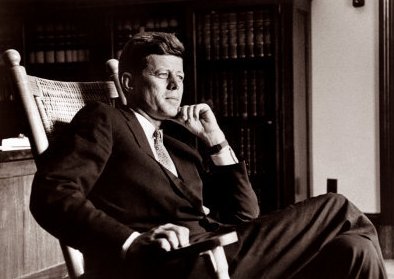 A hard working man was once the norm. A man who made sacrifices without complaint, the same. Men who fought and died for their country were plenty, and the reasons they fought and died were just. Their values were predicated by their priorities. It was God, family, and country, that led them to take pride in what they did even if the results of what they did wasn’t the riches that we now so fervently crave.

Imagine if a world leader had the balls to ask that of our current generation. Rather than serving and protecting and appreciating the fine lands we now live in, we ask of it to do for us rather than us doing for it. Of course the reasons are plenty, the government is weak and corrupt, but that’s not what the question asks, that’s not what Kennedy requested.

Your country is this land, and more importantly the people within it. Ask not what they can do for you, but what you can do for them. This, of course, was the sentiment of a generation from Britain to the US to Canada, that crushed an evil of whose likeness once again seems to be on the rise. We can praise this generation’s strength, their values, their courage, without wanting to be in a time that no longer is.

Wanting to incur some of these old school values, then, is a very good thing. Crime wasn’t as prevalent. People took care of themselves and they could take care of their own without their meddling government intervening. Neighborhoods were communities, where people had relationships, they talked to one another, they drank with one another, they were in it together.

If you want to be old school, and that is a very good desire, hopefully this article will set you on the right path.

This is at the heart of what keeps people from being happy and content and even successful. Complaining is a choice and it’s the choice to view yourself as a victim rather than as someone who has control over their mood, thoughts, our life.

It’s also at the center of why the Greatest Generation was so great. They complained, of course, but the causes for complaints seemed to be fewer. My grandfather, for example, worked 3 jobs to support his family. I didn’t learn this until last year when I was talking to him. If someone did that in today’s society, that’s the first thing that would come out of their mouth.

To be old school, to be strong and stoic, you can’t complain. (Read this: The Complaining Generation?)

2. Take pride in everything you do.

Imagine if a man of today had the audacity to call out another man and tell him to work harder. He’d be seen as an elitist, someone who doesn’t care about the lower class or how they fair.

The reality is far different.

In times past hard work was a source of pride in and of itself. It wasn’t the money that a man had, but who the man was. We can’t always control how much we make, but we can always control the quality of the work we do.

King knew this, he understood the fundamental need for a man to take pride in what he did, nay, in everything he did. Today we’ve moved away from this fundamental truth. We only do our best if someone else is watching or if something big is at stake.

If you want to be old school, take pride in your work everyday. Take pride in how you carry yourself, in how you dress and in your health. In every action, thought, and moment of your day, do the very best you possibly can and you’ll find happiness, value, and success as your constant companions.

Having our lives shown on our computers via social media has only made the natural human desire to compare, worse. We only show what we want to show, for one. So when you see someone’s life displayed on Facebook, you only see the very best and not them at their worst.

You also have immediate comparisons available with the click of a mouse – or one of those track pads that the kids use these days. When we do something or accomplish something, it’s often in direct comparison to what someone else has done, at least in our minds.

In past generations they just didn’t have this comparison tool available to them. Had they had it, they may have been as unhappy and unsatisfied and envious as we are today. But they didn’t, and therein lies a lesson: get off social media.

Use it to inspire and to keep in touch, but be weary of browsing, watch how your mind works when you see someone traveling or on vacation, do you wish you were there? Do you wish you had the money to travel and relax and not work? (Read this: Why You’re Comparing Yourself to the Wrong Person)

4. Accept things as they are.

Where you are is where you are for a good reason, however, it’s your responsibility to find the meaning in your suffering and the opportunity where you now reside. There is always opportunity, even if that means self-improvement, becoming tougher, and developing grit.

It’s not so much that the Greatest Generation innately accepted things as they are; Chamberlain failed to see Hitler for what he was though Churchill saw it almost immediately. The fact is that there were men like Churchill who could see evil as it was and saw how it needed to be dealt with. 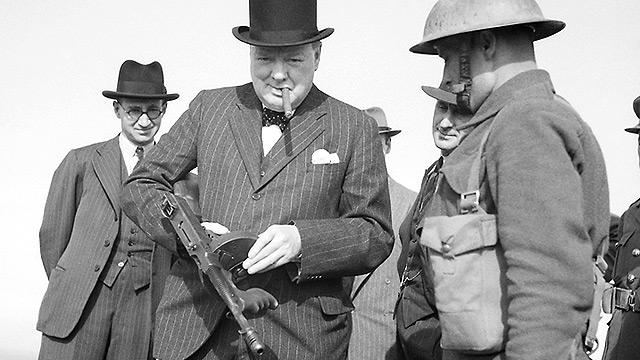 5. Listen before you speak.

We lament over the strong and silent type that many feel doesn’t exist any long and may have only existed in our imaginations. I know differently, though, as do you if you have a father that fits this description, or a grandfather.

It benefits a man to listen more than he speaks. His words hold more weight and they’ll be spoken taking the opinions of others into consideration. Today we talk a lot, too much even. Get back into the habit of listening, and when you speak make them either words of value or words that get people laughing.

Don’t promise much, but keep the promises you make.

Keep your promises few, but keep them.

We’ve become addicted to noise. We wake up and we check our phones, turn on music, and we seek the attention of people almost immediately. We need to feel connected, yet we’re less connected than ever.

My grandfather built his own home while working 3 jobs. My other one fought in the Second World War and moved his entire family to Canada afterwards. Both men could take care of themselves, and more importantly, their families.

I know how to do neither – though that is about to change.

Solitude is where you’re going to find time to think, to ponder life’s bigger questions and come up with your own, genuine answers. Solitude is where we’re able to work and think. Yet it’s in solitude that we spend the least amount of time.

If you want to be old school, be you, be an original. Learn the necessary skills of self-reliance, and learn them in solitude.

This Will Help: How to Conquer Loneliness

I was at an airport in Argentina, I can’t remember which one. There were two ladies that were together, standing at the baggage claim. One bag came to them, which they both struggled to pick up and load on to their cart. So, when the second bag came, which was even bigger than the first, I picked it up with a single hand and gently placed it on their cart for them.

The scowl that this act of kindness was met with was shocking. They actually said, Well I could have done that on my own, but thanks, in a very snarky and backhanded way.

Does this mean that next time I won’t pick up a bag for a lady? Of course not. It just means that there are insecure idiots that ruin chivalry for the rest of us.

Be courteous to everyone. Open doors. Pay for dinner. Walk on the side of the sidewalk that’s closest to the street and hold an umbrella over her head, who cares about your own. Be old school and courteous and don’t let the insecure feminist idiots stop this genuine act of kindness, in fact, be even more courteous and chivalrous to the misguided feminists (not all ‘feminists’ are idiots), kill ’em with kindness as they say.

9. Fight with your fists and fight fair.

Fighting was once done with the fists, though not always fair and not always merely done with fists, it was a much normal occurrence than it is today, especially in a city like I live in, Vancouver.

Honor is lost, tossed away and replaced by evil and ease. You don’t have to be one of them though.

If you get in a fight, don’t be the guy that hits the other guy when he isn’t looking or when he’s down. Kick his ass, pick him up, then kick his ass again.

My old man taught me that it’s okay to fight if you’re defending yourself or someone else, or standing up for yourself and your values. It’s not okay to fight dirty though. Be a man of honor, not a man of “whatever’s convenient”.

Alright, so TV wasn’t as prevalent throughout the lives of our Greatest Generation, but again, something you can take from this and from guys who accomplish a lot in today’s society: TV just isn’t a part of their lives, and books are.

Spend more time reading and less time watching. Learn and travel and grow all through the masterpieces of the written word that have dawned our cultures for thousands of years. Don’t let this pastime die. Don’t let TV rule your life, let books breathe life into your life.

Want some guidance on where to start? Check out this article: 30 Books Every Man Should Read Before Turning 30