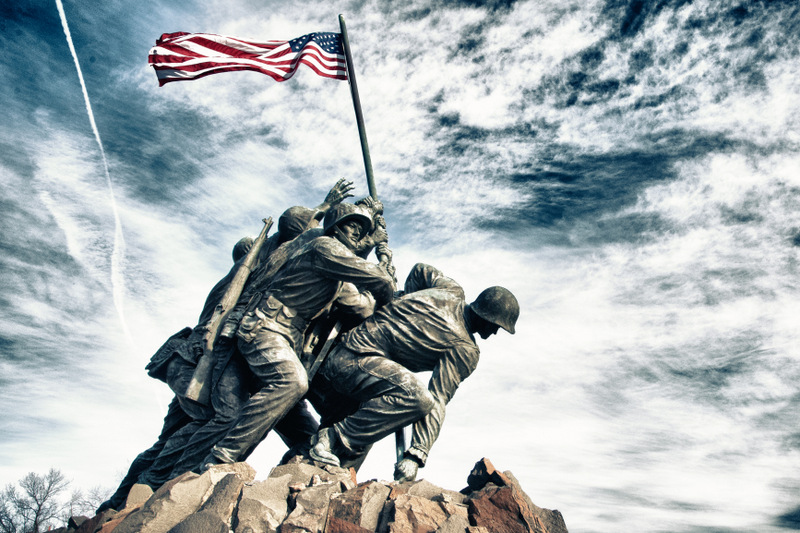 Our reality is more perception than real. What we believe to be true is often but a glimmer of what really is. When life seems devoid of light, of hope, as if there’s no end or no point to continuing on this long meaningless road, it’s within us to find an excuse, a glimmer of light, to take one more step, to turn the corner, to find strength where we thought there was none. No matter the pain and the horror and the futility of where we are, men have the capacity to withstand anything and everything. It’s been proven throughout history by great men who share with us a connection, similar DNA, often identical fears and worries, that light cannot completely be removed from our lives unless we allow it to be.

It’s because we’re men that we’re connected to every man that has come before us, every warrior and every coward, every tyrant and every Savior. We can selectively choose who we emulate. We can take what we want and discard what we don’t. We can read about the heroes, we can see how they were born but mere mortals, men that share our weaknesses, and we can see, we can prove, how even within their seeming mediocrity they possessed the power of a lion, the grit of a gator, the strength of a gorilla, the toughness that can only be found within the resilient spirit of man.

As men we’re connected to Louis Zamperini. We share many of the same fears, fears about life and it’s meaning, fears about the unknown and about whether there is a God or if there isn’t, if this is all just one big dream or if there’s a point to this suffering. We also share his strengths, his tenacity, his ability to take one more step, receive one more blow, wake up and rise just one more day.

As men we have specs of the souls of the greatest warriors of our past. Sit in silence and feel William Wallace’s passion flowing through your veins, set your goals with the audacity of Alexander, or tap into Napoleon’s tenacity, his relentless pursuit of knowledge, and allow Robert E. Lee’s discipline, focus, and daring bring you meaning and happiness and success.

Within our veins, our spirits, our souls, we have the capacity to do and to withstand anything and everything and average men have been doing so since the dawn of time, and we’re no different. Whether you’re on top of the world or you’re beneath it feeling its weight, you always have the power to take one more step.

It’s this toughness, this grit, not brilliance, not grandeur and extravagance and domination, but surviving through suffering, that’s man’s greatest gift for it allows us to endure anything to let all of our other qualities perform as best they can and hopefully the rest of humanity benefits as a result. Without this ability to endure, to find light in darkness, none of man’s other qualities would be allowed to prevail, and this ability to endure is within you, this ignorance, stubbornness to find light where most wouldn’t be able to is alive and well if you feed it and allow it to breathe.

All men are tough, far tougher and grittier than we enable ourselves to be in our pampered lives, our painless lives. We don’t understand our toughness because we don’t allow it to procure. We know not its extent because we’d rather remain in the familiar, we’d rather be pampered. Though this toughness is within us, and though we’re connected to Louis and Wallace and even Christ, we’re also connected to Judas and Benedict Arnold and Robert Ford. We have the ability to endure or the ability to take the money and run, to flee, to do what’s convenient and not what we must. This fork in the road, this choice is indeed a choice. Whether or not we persist is up to us not up to whatever outside circumstance is trying to hurt us, torture us, belittle us, remove our dignity, or make us quit.

The magnificence of men is our grit, our gaul, our toughness, attributes and characteristics we’re only introduced to in life’s darkest moments, the moments where we’d rather quit than remain honorable, flee than stand and fight.

No matter how illogical, how unbelievable, how ignorant, man has the capacity and the ability to hold on to the slightest speckle of hope even though all of the evidence presented to him says there is none. It’s this ignorance, maybe even arrogance, that enables each and every one of us to create better lives for ourselves, to free ourselves from bondage and bring those around us with us. It’s this refusal to submit that gives us the confidence founded on fact that we can conquer any obstacle, endure any hardship, and persist to any place if we want it bad enough.

Don’t Ever Underestimate Your Power

Most look at suffering as a curse. It isn’t. No matter how unjust or wrong or dark, it can be a blessing. It’s only in suffering that we test our mettle and realize our strength. Of course, again, this is easy to say as I sit on a balcony, a glass of Chianti vino to my right, beautiful sunset out yonder, typing, feeling no real pain nor worry. Alas, I’ve been there.

I’ve been in the darkness, not the physical suffering, the pain I still am yet to discover I can withstand, but that state of nothingness. The state where you question life’s meaning, wonder why you’re here and if what you’re doing is truly worth the hours and the obscurity and the sacrifice. I’ve wondered if I left a good job for no good reason, wandering in a land I knew little about, surrounded by people that were bodies, not souls I cared about, thrown in the nothingness of a city. The tribe too big to feel as though you matter or as though you’re a part of anything.

It’s within this darkness that I gained strength.

I never stopped working. When friends and family told me to quit I just worked harder. As others offered jobs and easier ways to earn, I turned the other way. It made life harder, darker, but it made the light oh so much brighter.

It pales in comparison to true suffering and true loss, the days at sea that Zamperini somehow knew he’d live through or the lashes from countless whippings as thorns penetrated his skull as he walked the streets with a cross on his back dying for deviants that wanted him, Jesus, dead. It’s nothing, this darkness that I’ve gone through, that you’ve gone through, but proof that we can endure even a little more than we thought we could or would have liked to endure.

As Zamperini was lost at sea he understood that there was still room for growth, even in this vast land with sharks bumping beneath him and the sun beating down above him, he still had the capacity to improve his mind, to strengthen who he was and to strengthen his faith, and he did. When everything is stripped away, when you’re, bare, exposed as who you are, who you are becomes evident.

Your grit is given a chance to grow, as is your cowardice. Your audacity, even when small steps seem like gargantuan leaps, becomes your life source. Your boldness in the face of oppression breaks through the boundaries that suffocated you, as the world’s weight crushes your spine your legs stabilize, stop the descent, then begin to lift you up once again.

Don’t ever underestimate what you can withstand, nor what you can accomplish. Your will is far greater than your weakness. It’s forged iron, adamantium that can’t be crushed unless you allow it to be. Take pride in this strength, even take arrogance in this understanding that you can endure all and in enduring everything you become something greater than you were before the pain came, before the darkness took over.

How incredible is that? When the world sends you slamming down you arise a stronger version of the man who fell under its weight. Confidence, that should bring, pride, that should create.

Create Grit Even Where There Is None

When people make it their friends often bust their balls, telling them they’ve “gone soft”. While some of the name-calling may be due to jealousy or the simple fact that they miss hanging out with their pal, some of it is usually true.

Success can make you weak. It can expose chinks in your armor, chinks that can only be strengthened with purpose or if the shit once again hits the fan and you’re forced to buckle down and withstand a storm, whatever shape that storm takes.

We have to be fighting something, even if this battle is internal, to get tougher. Toughness and this ability to endure may be innate within all of us but as Zamperini unknowingly prepared for his weeks lost at sea and then life with in the horrors of Japanese POW camps by training for track, we must train and develop grit by training our own bodies and minds to be able to endure anything.

Many look at the gym as a place to build bigger muscles or look more aesthetically pleasing, I see it as the perfect place to develop toughness. A literal battle between that voice inside of you that wants to quit when the pain begins and the voice of the warrior that wants to continue on is allowed to take place in a controlled environment. The gym is where I get better and handling pain.

Take this one step further and you have the boxing gym, where your grit and skill and ability to endure is pitted against another human with the same capabilities to dig down deep and deeper than he previously thought possible.

Acquiring this grit shouldn’t come accidentally or only when we’re forced to, it’s something that we should develop daily and it’s developed by understanding just what we can withstand, something that we gain through reading history, watching documentaries and movies based on true stories so we can see the lack of limitations we truly possess. This acquiring comes from practice and most effectively, action. As we live grander, aim higher, fight harder, we’re opening ourselves up to greater loss and failure on a much larger scale.

If we succeed, of course that’s a wonderful thing, but it’s just as valuable to us if we fail, even more-so.