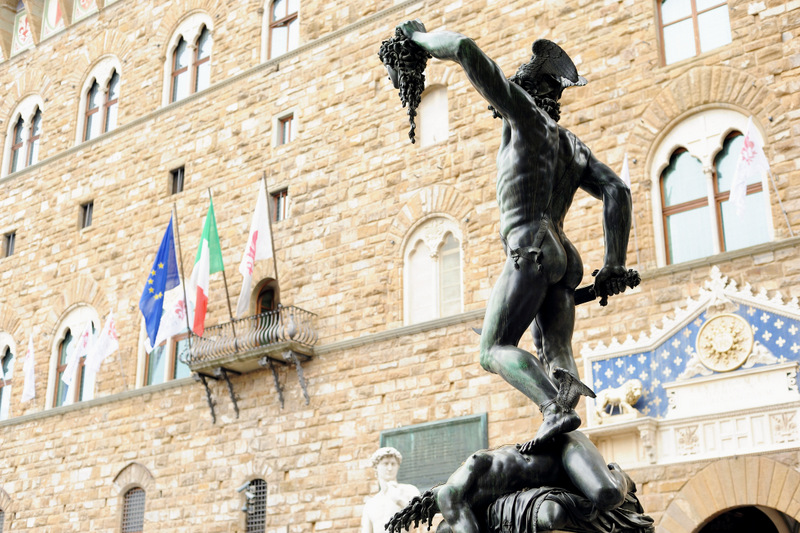 As you wade through the multitude of articles on the interwebz force-feeding you tips and tactics on how to become an alpha male, stop here. Entertain the idea that an alpha male isn’t stupid or rude or crude, but honest and honorable and courageous and gritty. Rethink your idea of your ideal. Deconstruct the ideas that you’ve been force-fed and read this article with an open mind and brass balls, for to take me up on this quest will be to turn your back on all those things that make your life easy.

Are you man enough?

What is an alpha male if he isn’t simply a leader?

An alpha male is exactly that and a little more. He’s the leader of leaders, the man willing to do what others aren’t, the warrior willing to die for an ideal or an idea. He’s able to think on his own instead of being swayed by his weaker peers. He’s in the minority, never in the majority with how he thinks and who he is. He hears his compass loud and clear and trudges mightily toward his purpose and his idilic future self.

This is who an alpha male is. He hasn’t changed with time or the evolution of society but somehow our idea of him has. He was never a numbskull or a brute. He was always the man leading the charge both with his might and his mind. William Wallace, Napoleon Bonaparte, and Jack Dempsey are your alphas. These are your men of courage and grit, of testicular fortitude and mental prowess.

Each of these men, however, have something in common and something that few men today possess. This isn’t a quality that’s innate or even lost to our modern man. We can still possess it, we do possess the ability to enact it yet so few of us ever do. These men, these alpha men, these leaders of leaders, the Theodore Roosevelt’s, the Jesus Christ’s, the David’s, the Caesar’s, all had the wherewithal and the courage to repeatedly step out of the areas of their lives where they could stay and remain comfortable.

If You Want to Be an Alpha Male, Get Uncomfortable

Think of an alpha male as yourself if you’ve reached your potential, that is, everyone can be an alpha male, we all have this capacity. Some are born into this role, others coached into it, regardless, an alpha needs the courage we’ve talked about to step out of his comfort zones and experience growth.

Growth is what life is all about. Improvement. Evolution. It’s our duty to become better, our best, in this life and anyone who turns their back on this mission is turning their back on the gift of life and stepping on the graves of those who’s lives were cut short throughout history, unable to truly reach beyond their grasp.

How to Get Uncomfortable

Being uncomfortable is about being in a place that either isn’t familiar or isn’t easy, or both. Both circumstances create an atmosphere that enables a man to succeed or fail, but in both cases, improve and grow. Discipline allows for growth while a lack of discipline creates chinks in a man’s armor that will grow as ease begins to invade into his life.

Discipline strengthens a man’s armor, his will. Discipline is training, ease is the opposite.

So how do you put yourself in situations where growth is inevitable and improvement the only outcome?

a. Get rid of life-suckers.

You are a collection of the 5 people you hang out with most. While you’re on your rise to become an alpha male, a better man, a leader, get rid of people that are bringing you down and don’t trick yourself into thinking that you can change them, they will change you, for the worse.

Get rid of people that want to bring you down, keep you small, come back to them when you’re able to carry them, help them stand on their own feet. When you’re able to teach them and help them see the light, but not before you’re strong enough to ward off their vice-like grip.

b. Reach beyond your grasp.

In every situation, be it goal-setting, traveling, adventuring, whatever, even though the act of what you’re doing might make you a bit uneasy, reach even higher. Don’t just travel, but travel alone or to places that scare you a bit, places that scare you more out of passionate intrigue than pure terror. Somewhere that holds meaning but going there requires a fair amount of risk. Don’t just work at your office job, aim to rise through the ranks and run the damn place.

In everything you do, get in the habit of doing more than you know you can do. Aim higher.

Remove everything that holds you back. Everything.

If boozing is slowing you down, if binge drinking with your pals is resulting in more harm than good, then stop drinking. If you sleep in, start waking up earlier than your competition. Avoid foods that hurt you – read about how you should eat like a man – and lower your energy levels.

Rid yourself of the vices that keep you dependent on them for excitement and embark on adventures, real, tangible, memorable adventures. This isn’t about not having fun, but about becoming better and being free.

Freedom isn’t simply the ability to do whatever you want.

Freedom is to be free from dependency, and dependency can come in many forms, not just financial or physical or emotional.

To be truly free you have to be ruthlessly disciplined.

[Tweet “You have to take action when others simply talk about taking action.”]

You have to stand by your principles for it’s these values that will hold you up when others cower under the pressure that this life can place on a man.

To be an alpha male you can’t be dependent on anyone or anything. You need to be able to stand on your or two, not only that you have to be able to carry those who can’t.

Discipline opposes ease and comfort. Bring more of it into your life if you want to grow.

Many would argue that an alpha male is born, and that anyone reading a “step by step list” of how to become a leader, a warrior, an alpha, is fishing for a mystical creature that can’t ever be found. And they’re right, in some cases, but wrong in most.

Toughness and grit and courage are prerequisites for the alpha male. It’s these characteristics that must be developed and incurred through pain and struggle, through years of being uncomfortable and wading beyond your zones of comfort.

So yes, you can train yourself to be a leader but you do so, oddly enough, by being alone, by learning to stand on your own, by facing your darkest fears and conquering them like a warrior would his greatest foe. Take courage if you want to become an alpha male.