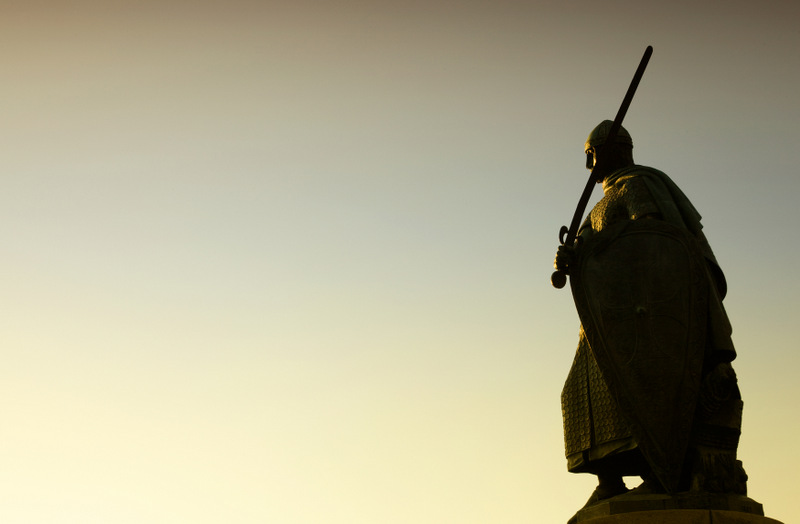 Turning right I see a line up of guys leaning against graffiti covered walls acting as guards of the town or the neighborhood or merely their building, I don’t know. Their eyes glare at an individual who is clearly not from around these parts as I look at the street names, then back down at my map. I’ve never been here before and I don’t even know where I’m going. The street names aren’t on signs but on the sides of the buildings that stand adjacent to the main street corner. The numbers are on the doors of the buildings; buildings that are nothing like anything I’ve never seen.

With my hands in my pockets protecting my valuables I’m on edge, ready to fight anyone of these suckers. They’re just gawking at me; or are they? You can spot me from a mile away, or at least I think you can, with my travel backpack and my work bag both draped over each of my shoulders and my eyes looking up and all-around never disguising the fact that I’m completely lost.

I’m feeling a sense of fear that’s more like heightened alertness, like the alertness my ancestors had as they hunted at night always aware that a predator could be hunting them. This place is new to me and I must protect myself against any new dangers that arise. What’s funny is the conversations going on in my head where I come up with scenarios that “could go down” in order to prepare for them. These scenarios, of course, never occur, but through years of evolving from said hunters using this alertness as a survival tactic I’m using it again as a survival tactic against dangers that never really existed.

Could they have existed? Maybe. Did they? No. But I was ready for them nonetheless.

That, of course, was my first night in Rome. I took a cab from the airport to this small section of town that’s about a 15 minute train ride from the main terminal – or the Stazione Centrale Termini. I got dropped off near the place where I was staying in a completely foreign land with a foreign language, except the only thing foreign in this land was myself. My view of what dangers lurked existed only because I’d never been there before.

The street is the same as are the eyes that glare at me. It’s dark. I’d just been out enjoying the sights and sounds and drinks and food that Rome, once the center of the world – evidence of that is everywhere – could only offer. Like I said, the eyes are the same as is the graffiti and the darkness but my perception of them are different. I don’t notice them. I’ve walked these streets before, even if only a few times now, but they’re familiar.

I walk confidently, but not so purposeful or fast.

My wallet is in my hands as I look down counting whatever dollar bills I have left after most of it was spent on the drink and the food that I’ve very quickly grown fond of, no longer is my wallet in my pocket covered by my hands like a vice grip or a an eagle covering her kin. I’m free from the fear that was the unknown. I’m free.

I know this is going to sound like rocket science (sarcasm) but we fear the unknown simply because we don’t know it, not due to any evidence. However, if the unknown continues to scare us and we allow it to keep us where we’ve always been because that’s where we’re comfortable then this fear will hold us hostage to our small life void of the significance we dreamt it would contain.

We’re afraid to start a business because we don’t know what that entails and we’re fine with the comfort of our job even though it gives us no meaning and it’s in no way something we’re passionate about. We’re afraid to read new things, try new sports, travel to new lands, all because it’s stuff we’ve never done.

It’s a terrible way to live, giving this fear of the unknown power, but it’s how almost all of us live and will continue to live for the rest of our days, unless we change.

Fear shouldn’t tell you not to do something; fear should be your guide showing you where to go, what to try, and what adventure to embark on whenever the opportunity presents itself. Practice with the small things, then move on to the big things. Embrace your fears rather than avoiding them. Walk into the lion’s den, climb the mountain, fight the giant, and face your death with a smile if you want to live life in its truest sense. This is the way of the warrior. This is the way all men should live, with a thirst for danger and adventure and a hunger for fear.