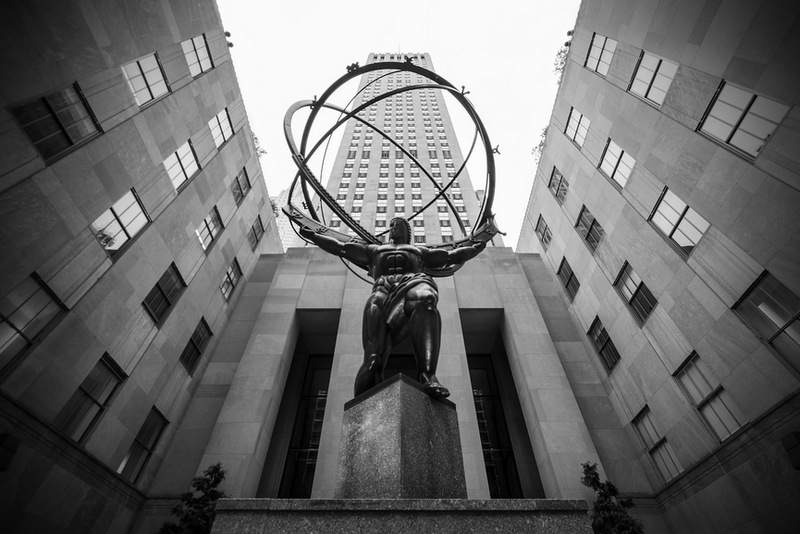 Excuses come in all shapes and forms, and they’ll continue to take on other shapes and forms, that is, until we remove them from our lives, and begin to live our lives on our terms. Here are 8 reasons why you’ll never live the grand, epic life that you’re capable of living.

All 8 things, may not describe you, but run through the list and be real with yourself. Pull out a journal and jot down which areas you can improve on, and where you have everything under control. This article is a great resource for self-reflection and clarifying your path and your purpose. Use it. Don’t just gloss over it.

Merely making money isn’t a why. It won’t get you up at 5 am 365 days a year. It won’t help you inspire people to join your cause. Money is a benchmark. A measuring stick that tells you how good you are at what you’re doing. Is it the only benchmark? No. But it’s a valid one.

Are you out to change how the world communicates? Are you trying to inspire? Are you here to educate and enlighten? Define your way, and make sure it impacts this planet and the fine people in it, in a positive way.

2. You don’t have a chip on your shoulder.

Michael Jordan kept a massive chip on his shoulder even when he was on top of the world and his profession. So did Jobs, Gates, and Gretzky. Some downgrade this “desire to prove one’s self”, saying it’s unhealthy. And maybe it is. All I know is that those who have a burning desire to prove themselves accomplish more in life than those who are content with mediocrity. If you’re constantly trying to prove something, you’re constantly improving.

3. You think failure is the end.

The first group of people, those like Edison, Jordan, Robert E. Lee, and Theodore Roosevelt, will succeed in the long run, but they’re also going to fail a lot more than the group that sees failure as the end.

Failure isn’t the end unless we allow it to be. In my own life I’ve failed miserably time after time, even in this business, and I will continue to do so. But each time I fail, I learn. Not to say that I’m an ideal case for a “winner”, but hey, I’ve learned to see failure in its true light, and it’s a choice to see it as such.

What’s misunderstood about creating something, anything, be it a company, a dream, a goal that’s seen to its fruition, is that there’s often no end to the journey. There are no days off. There is no end of the rainbow, just a lifetime of hustling, but also plenty of reward.

When I first started this business I joined a mastermind group filled with friends who were killing it in my industry, and industries like it. And although it was great for relationship-building, I was getting pulled in too many directions, given too much advice, far too early in my entrepreneurial life. So, even though it may have been great advice, it was just too much. I lacked conviction on my direction for this company, something that I’m only now steadfast and firm on, which has served me much better than the watered-down focus that I had when I first started.

[Tweet “Know what you want in life. Know your why, and don’t waiver.”]

If you know your values, and your why, you’re going to find it much easier to make the right decisions for your life, business, or whatever.

A positive attitude is a must, and to see things in a positive light (like the failure example) is necessary, but you can’t be a fake optimist who’s unable to see the truth about a situation or about his life, and still succeed.

One of the greatest lessons I learned from studying Robert E. Lee was that a leader must accept the truth about his situation, and then make the best of it. But so many of us fail to accept our realities as they truly are, let alone make the best of the situation.

We think everything will work out, yet we don’t put the work in needed to succeed. We fail to see our wrongdoings and weaknesses, thus, we don’t fix them. Alas, you should put a positive spin on things, but don’t fail to see the truth, and life, as it really is. It’s only then that you can make the best of it.

7. You think people are born into success.

Being born into wealth has no value. There’s no room for growth, resilience, and acquiring grit. It’s useless. As a man, you shouldn’t even want that to be the narrative and your life. You should thrive on challenges. You should seek them out.

If, right now, you feel that success is something you’re born in to, you have to change the way you think, or you’ll never become a tough, strong, gritty man, let alone a successful one who lives to his true potential.

If you think your success is out of your hands, why work? What’s awesome is that there are more millionaires and billionaires that weren’t born into their success than there are those who were. So not only is this a destructive mindset that will lead to failure, but it’s also not true.

Taking control of your life is the only way to live the life you’re capable of living. If you fail to do so because you truly believe that it isn’t in your control, then you’re on your way to a life lived far beneath your potential.

8. You see everything as a curse.

Setbacks aren’t setbacks unless you treat them as such. Failure isn’t the end, unless you let it be so. Life is a challenge. It’s a massive challenge made up into smaller challenges, that are then broken up into daily challenges, and even mental challenges that you face every minute.

Man the up and see it as a damn challenge! Within you, somewhere, maybe buried under a false perspective, and mountains of weaknesses that you’ve incurred over years of living in this hard world, is a warrior. Bring him out. Let him rise. Give him life, and let him develop. How is this done? By rising to the challenge! You have a warrior somewhere within you, it’s this warrior that will help you live the life you’re capable of living, it’s the coward that will make you fail.