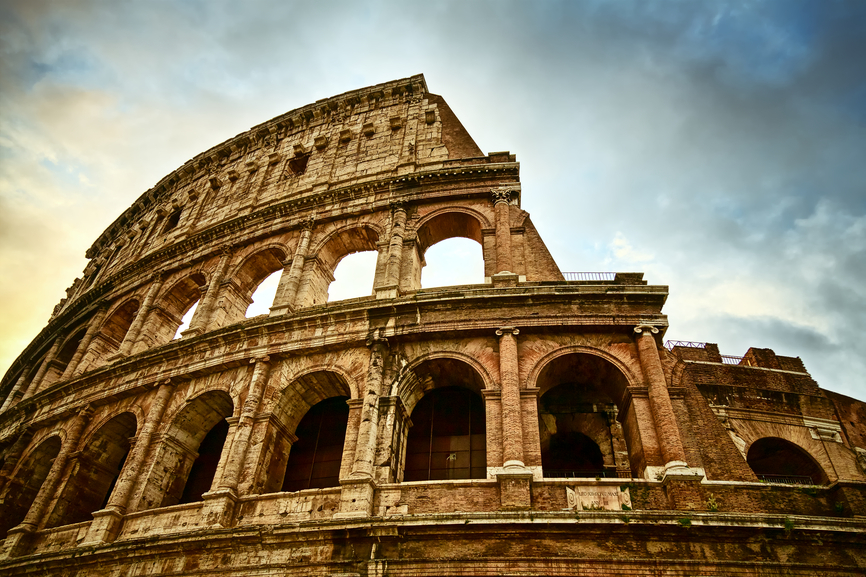 I remember sitting in class one day, I must’ve been in the 11th or 12th grade, and I looked up at a poster pasted on the wall. On the left side was a construction worker covered in dirt, visibly worn down as if he’d just put in a hard day’s work, on the right – my right – was a doctor, smiling as if he didn’t have care in the world. You could tell what they were trying to say even before they said it, but below the two images in bold writing was something to the tune of, “Get an Education”. The idea was that a doctor is something “good”, something that pays well and something to aspire to be, while the laborer was a “bad”, and something you do when you have no other options.

My blood boils even thinking about that image. The propaganda, the cowardice, the underlying economics of an industry trying to keep paying students in their funnel rather than earning and learning in the real world. That same poster was in other schools, not just in Canada, but all over America. It subtly influenced a generation to view labor as the last option, and a degree as the goal. Now, we suffer for it.

This article isn’t an attack on education at all, actually the opposite. It’ll provide a different narrative and an alternative solution. It’s also written to challenge the notion that “an education” requires a diploma. It doesn’t. Education is learning, I’d argue that you do more learning in the real world hustling and working, than you do in the classroom filled with its distractions and content that isn’t applicable to the stuff you’re going to have to learn once you get out of the system. A formal education isn’t the only option, and those who pitch it as such are ruining our society.

A Nation Built By The Hands of Men

Somewhere, somehow, we’ve morphed into a society that doesn’t value the kind of men who leave their imprint on our society with their hands, not their words, books, tech companies, or laws, but with the sweat earned through their labor. We’ve turned into a society that scoffs at manual labor when it’s manual labor that is necessary for us to live in the ease that we cling to.

There was a Sopranos episode when Tony was meeting Meadow, his daughter, at her school. He picked her up and they walked by a church that was close by. Tony brought up the familiar story – at least familiar to her – of his grandfather building that church when he came over from Italy, the first to do so in his family. You could see the respect in Tony’s eyes, how his grandfather’s hands helped build this wonderful monument to God. He wasn’t the foreman, he wasn’t the architect, he was a laborer. Then here’s Tony, whose kind is, whether we like to admit it or not, respected and glamorized far more than his grandfather’s kind by movies, media, and our imaginations.

Our society was built on the backs of men who worked hard, physically hard. We need more of them, just like we need more doctors, we need more laborers. There are 3 million “labor” jobs in the States that no one wants. John Deer, for example, is dying to fill jobs that no one wants, that pay SIX FIGURES, because we’ve devalued the labor industry. We’ve developed a bunch of self-entitled maggots who take more from society than they give, and it’s the fault of the educators and the politicians who push the notion that “everyone needs an education”, when our society, and maybe even you, would be better off without one.

Want Debt? Get An Education

I’m not an anti-education guy. Not at all. I just don’t think it’s for everyone, and that’s a good thing. Not everyone wants to be thousands of dollars in debt after 4 or 5 years of learning nothing they can apply in the real world unless they want to work for someone or in that industry that they studied.

Note: If direct response marketing and good old fashioned sales were taught in university, it’d do us all a lot of good.

Some people want to earn a living, and just because you’re paying to get an education in an institution, doesn’t mean you’re not getting an official education in the real world, and getting paid for it. And you don’t have to go into labor instead of getting an education, that’s far from your only option.

If there are two people pitted against one another to get a job, which one are you going to choose; the guy who’s spent for years working for your company, performing far beyond expectations, breaking sales records, making you more money, or the guy who just finished college who’s never worked in the real world? More companies are seeing the value of actual experience, especially the start ups of the world. You may have to start lower on the totem pole, but if you’re a hard worker, if you’re ambitious, and willing to work more than anyone, four years spend in your field rather than studying about your field may end up doing you more good than a fancy piece of paper. Plus you’ll have 4 years being paid as a worker, not for years paying to study. GO TO NEXT PAGE >>