I like a good fight. I like the sport of it. It’s competition in its purest form. Just two guys standing, throwing blows. The last one standing is the winner. As long as honor exists between both men, bonds usually form after said tussle has been resolved and the winner’s hand raised. Fights are fun. I rarely get them outside of the boxing ring, but in the ring they’re a joy and a constant test of your will and your manliness.

By the title of this article you may think I’m trying to pick a fight, but I’m not. The heart of the dating niche is in a good place. There are a lot of really great guys out there who just don’t know how to talk to women. When they gain those skills, they can break down the barriers that many women have, and let their true personalities shine.

But a lot of the ‘gurus’, especially in the dating game, are neglecting something very important because our society has forgotten this very same thing.

In the past, much of our success in life was dependent on different characteristics than it is today. Men of past generations worked to develop their character, first. Character, that is, their values and who they were as men, is what would lead them to eventual success. Were their exceptions? Always. But the literature of the time surrounding the topic of success in any form, be it dating or in business, was also paired with developing manly virtues that were once revered. Character, more than any skill such as selling or interpersonal skills or copywriting or cunning, would create the success that would last a lifetime.

And so it was taught and forged from an early age where values were taught in schools and in the home. We took responsibility for who we are and where we ended up, but most importantly for the kids we raised to one day be men.

Alas, times change, and not only did the meaning of success shift, but the characteristics needed – perceivably so – to attain it. That’s where the dating niche enters in, with their focus more on skill than on developing the Self, and who we are as men.

What’s the Goal of Dating?

Dating, in essence, is practice. It’s one big interview process. Guys need to learn how to interact with women socially, sexually, and emotionally. Dating is a part of that evolution of a man, and an aspect of maturing that every guy should have the benefit of experiencing, no matter how socially awkward or unconfident he may be. For most, it’s the interview and practice portion leading up to marriage. You – and she – are interviewing your future mate, the woman you want to spend the rest of your life with. That’s missing in the dating niche. As is the development of men who are worthy of being the head of a family.

While we need skills, men are in dire need of manly attributes.

The dating niche tries to provide to a quick fix, but doesn’t address the underlying issues that keep guys living small lives. It’s also creating a sea of cowards who see women as numbers, not as human beings.

The Cowards Brought Forth By a Niche

I was shocked and a little pissed off. I honestly didn’t know whether to slap these guys, beat them, teach them a little respect, or laugh it off. They were my pal’s brother and his friends. A few years younger than me, we – my pal and I – ran into them one night at a bar. Their conversation existed solely around how many girls they were bedding, which girl they’d bed tonight, and which line they’d start off with.

It was gross to see this state of manhood. And they were dweebs (not the good kind), goofballs with no strength, courage, or pride. Just a group of fucking cowards who’d studied up on the latest systems of the dating niche, a niche that was clearly missing the buck on the character side of personal development.

They say not to judge, fuck that. When something’s wrong for humanity, it’s wrong for humanity. If these goofballs don’t grow up, they’re going to be goofball parents with even worse kids. That will only compound the weakness we have in our society today. Their ignorance about how to respect a lady, treat a lady, and talk to a lady, was in part due to a niche that teaches tricks, not values.

Have sex. Do your thing. Bed women, lot’s of them, as many as you need, but do it with honor and some respect towards these ladies. And ladies, have some damn respect for yourselves. The need you have for a companion isn’t fulfilled by a one night stand, or multiple one night stands. Both sides are at fault here. The guys, are cowards, but the girls are as well.

If the dating niche had simply focused on building strong, confident men, we’d have an army of guys who are more than able to talk to the most beautiful, intimidating women they come across. And they’d treat them well. The recipe: keep the skills, but add honor.

How Men Should Become Better with Women. 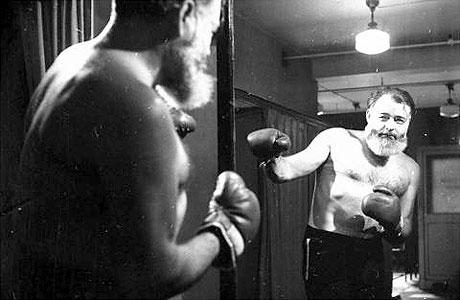 Here’s a shocking admission: women like to feel safe. Whether it’s financially or physically, they like that safety, and it’s up to you, man, to provide them with that. So develop toughness. Develop physical toughness, emotional toughness, and mental toughness.

The dating niche completely missed the boat on this one. They’re developing guys who think that to get with a girl you have to somehow trick her into believing that you’re a man, without actually becoming a man. There should be nothing “cunning” about who you are or how you go about meeting women.

You need to be upfront about who you are, as well as what you want. Don’t spill the beans right off the bat, that’s not the point, but don’t be the weasel that’s dominating the western male population. The scumbag, the coward, it’s all the same. Be a tough man, develop into a man of honor, and have some damn grit. If you’re tough, meeting and talking to women is easy.

If you know what you want in life, and you have the balls to go and get it, people will follow you, including ze ladies. Whether they like to admit it or not, women like a guy who’s assertive. They like a man who’s willing to take control, TCB (take care of business), and be ‘the man‘ in the relationship.

Be supportive. Have her back. Take the reigns of the relationship. If it’s in a downward spiral, it’s on you to revive it. Start the first conversation, as her out on a date, and then ask her to marry you down the road if it works out. Take charge man!

Watch this video to learn how to be more assertive:

Confidence can’t be superficial, it has to be rooted in the pride you have for who you are and the man you’re becoming. So how to you develop true confidence, not cockiness?

Make it a habit to go up to the most beautiful and intimidating lady at every social function you’re at, and start a conversation. Don’t think about it, just start. You’ll fail a few times because of nerves, but it’s that failure that’ll help you eventually succeed on a regular basis.

Take this failure into other areas of your life as well.  This aspect of development shouldn’t be relegated to women. If you develop confidence in other areas of your life, it translates. So get out in the world, travel, try stuff that scares you to your core, and survive. It’s surviving the scary stuff, the fear that comes from being utterly broke, from laying it all on the line, from almost dying, that’ll make you or break you.

If it breaks you, pick yourself up and get back on the horse. But it should make you into a stronger man. You’ve got to try to find out.

b. Do things that scare you.

Now, onto winning. You need to start winning to gain some confidence. Winning, of course, is a matter of perspective. The winners in life see even their failures as victories.

To win, you’re going to have to work hard, practice discipline, and persist at whatever venture you’re embarking on. So hustle. You’ll be more confident because of it.

4. Develop a sense of humor.

If you can make a girl laugh within the first 5 minutes of meeting her, you’ve got her. As long as you’re a good guy, have a sense of humor, it’ll allow her to find out just how good you are.

How do you develop a sense of humor? Again, it ain’t just skill. A sense of humor is predicated on the fact that you’ve got the confidence to be who you are in any situation.

I’m not slick with women. I don’t have lines or tactics. I’m not talking to them to trick them into liking me. I’m talking to them to get to know them. That’s how it should be. That’s where the dating niche has failed. My greatest ally with women is clearly not my face – that bugger does me more harm than good – it’s my sense of humor. And I’m not that funny, but I’ll say something that’ll get them to laugh, no matter how weird or out of line, and once you make them laugh their walls have been broken, they’ll let you in, at least a little, then you’ve just gotta have the confidence to be yourself.

I’ve had lower levels, and I’ve had optimal levels. My physique and how I looked physically was pretty much the same in both instances, but the attention I got from ladies when my levels were optimal – are optimal – is incredible. It’s no joke, trust me.

If you have a girlfriend it’s the best time to test these. See how aroused she is when your T levels are normal. Then pay attention to how hot and bothered she gets on a regular basis when you’re producing higher levels of this awesome sex-hormone that is testosterone.

How do you get optimal testosterone levels? Read this:

How to Naturally Enhance Your Testosterone Levels

At the end of the article you’ll read about the Man Diet. This diet is how men should eat. It’ll help you naturally enhance your testosterone levels, not merely so you can do better with the ladies, but so you can become an optimal man. I highly recommend you pick up a copy. It’ll change your life.