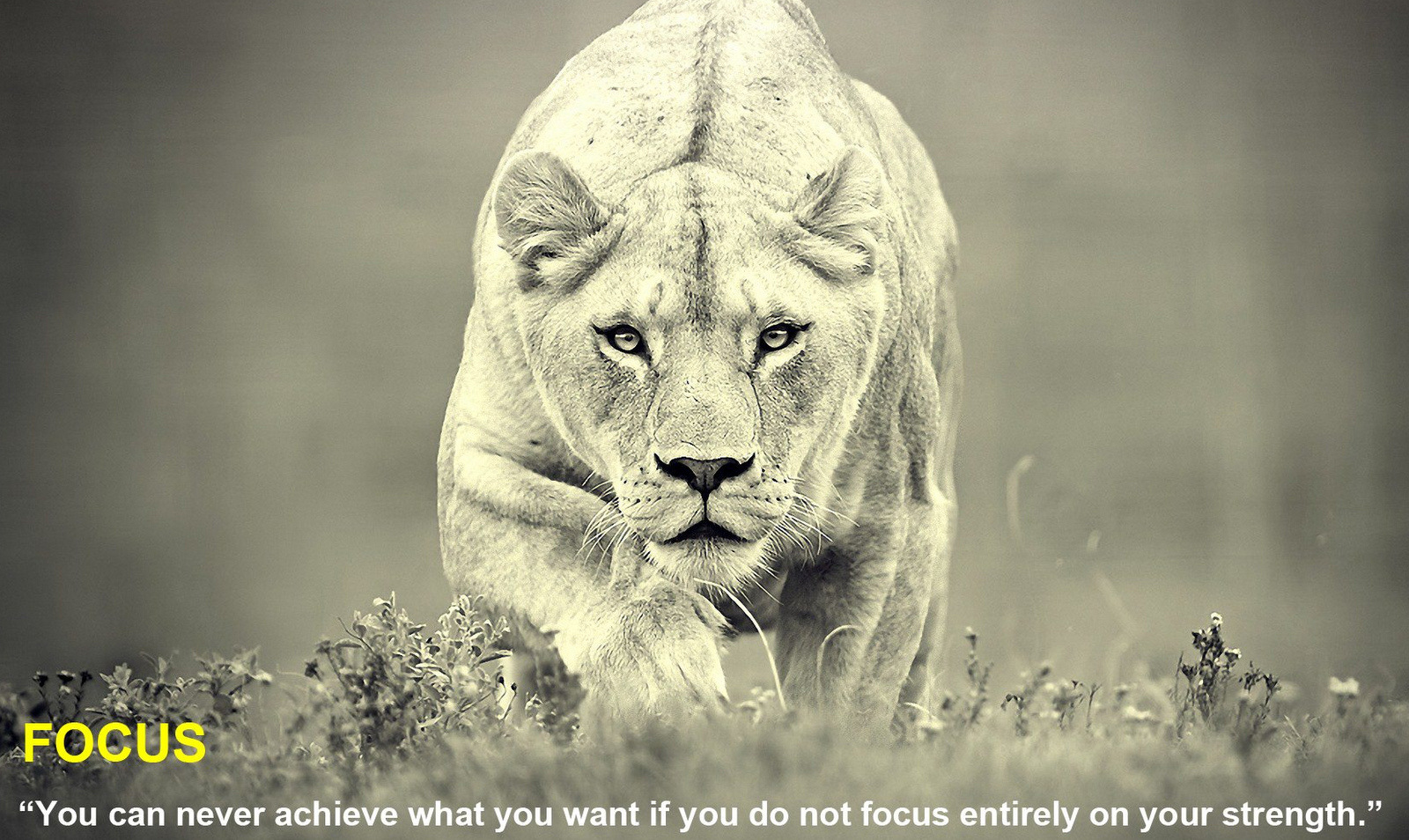 I grew up watching Westerns and Action films. It was Arny’s heyday, Stallone was on top of his game, and movies like Tombstone brought the wild west to my living room. As far as the cinema was concerned, there isn’t a better time to have grown up, and to say that these movies didn’t influence how I think and act today would be a lie. Doc Holiday may be the first person to pique my interest in bourbon, Balboa fed my love for boxing, and Arnold, at least in part, got me interested in building muscle. 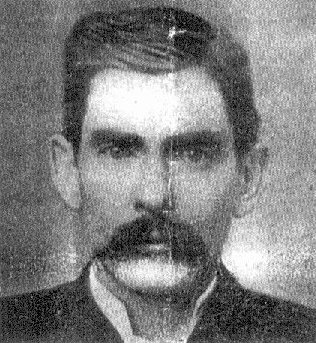 As I got older these great, masculine films began to dissipate, though they seem to be making a comeback today. Arnold even branched off into comedy. He did the Last Action Hero, Twins, and Kindergarden Cop. They were ok. Nothing special. Some lines did, however, stand out.

In Kindergarden Cop, one little kid with a few brief lines always cracked me up. He was the trouble maker in Arny’s class. He was the loud mouth, the kid who’d push his buttons, and he’d always enlighten Arny by telling him that, “boy’s have penises and girls have vaginas”. Funny line that highlights a simple, fundamental difference between men and women. Alas, there are others, but much of our differences stem from the different, even contrasting, hormones that are created by said reproductive organs.

I’d like to elaborate on that line by noting that, “Men have testosterone, and women have estrogen.” It’s this biological fact should highlight some differences in our diets.

Over the past decade (just under a decade, actually) I’ve been helping people get in better shape, namely men. I’ve focused on helping the fellas because that’s where I saw the biggest void.

Which brings me to a question: If you had two groups, one spends more money and as contains more people in it, the other spends less on the service you’re providing, and has less people in it. Which one are you going to serve?

Most of the diet and nutrition books you’ll find on book shelves are catered to women and for a good, sound reason; women typically care about their health and weight more than men do. Even a lady who’s incredibly fit will care more about her health than a guy who can’t see his toes.

So, most diets target women, and are made for women, because they’re emotional about their weight and how they look. They fret over the smallest details when they look in the mirror, while we see an Adonis. Yes, men can be delusional, but that doesn’t mean they shouldn’t have access to the literature, the guides, and the diets that show them how to eat.

[Tweet “And yes, men and women should and can eat differently.”]

For men, there’s one hormone above all others that needs their attention. The problem is that the multitude of diets that are made for women, and even those that are made for men fail to address the issue of said hormone that’s responsible for reduced risk of cancers, disease, and even depression in men.

Want to know if you’re eating like a lady? Check out this article ===> How You’re Eating Like a Woman

Thus, I saw it fit to create a diet that IS for men. A diet that shows us how to eat to get the most from our bodies. To help our bodies burn more fat, build more muscle, and be healthier. It’s also a diet that’s sustainable for guys. It’s something we can easily follow because it’s filled with the foods we love, like steak and ribs and fish.

I aptly call it The Man Diet.

The following is taken from the pages of The Man Diet, a revolutionary new guide that shows men how they should be eating. The facts are that both our diets and our environments are ruining our masculinity. With each generation men are experiencing lower and lower testosterone levels, which makes us, as men, more depressed, fatter, and weaker.

In short, it makes us less optimal. 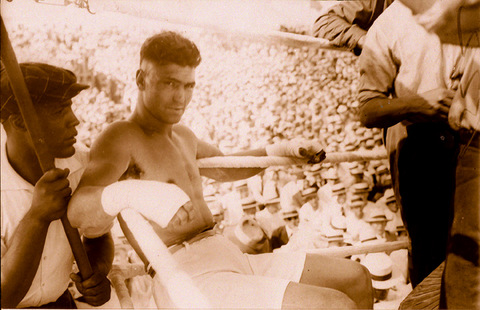 You May Be Eating Like a Lady (yes, that’s a bad thing fellas!)

There was a time, long, long ago, when men ruled the earth. They hunted, and gathered, and waged war against other men. They protected their tribes, defending them with their hands from evil men and ferocious beasts.

A fat man, there was none. This was a time when the strongest truly survived, while the others depended on them for their survival. This wasn’t merely a time of Legend or myth, this was a time when disease and cancer and heart attacks weren’t hiding around every corner.

We were taller – yes, taller than we are now – we were stronger, healthier, leaner, more athletic, and our brains were actually bigger. We were, well, optimal. Then we began to advance and cultivate and colonize. Our tribes got bigger, along with our belly’s. We started eating food that was foreign to us, and could be fed to much greater numbers. And, we got fat.

Real men will always have their place at the head of society. Even when they’re outcast, the weak will, eventually, come crawling back begging for leadership and protection.

The problem: we’re not developing real men with masculine values any longer.

But this “emasculation” that our society is experiencing isn’t relegated to social circles. The facts are that our environments, way of living, and our diets, are crushing our masculinity from the inside.

This book. This meal guide. The workouts, the supplement guide, the theories, and the practices that are to follow, are here to change that.

While all other fat loss diets pander to the female sex who are more than willing to open their purses to buy the “next craze in fat loss”, this diet is for men.

This, the Man Diet, will provide you with the gaps that your current way of eating has left. It will show you how to eat to burn fat and build more muscle. It’ll give you the tactics you need to naturally enhance your testosterone levels, and once again become optimal.

How Your Current Diet is Ruining Your Masculinity 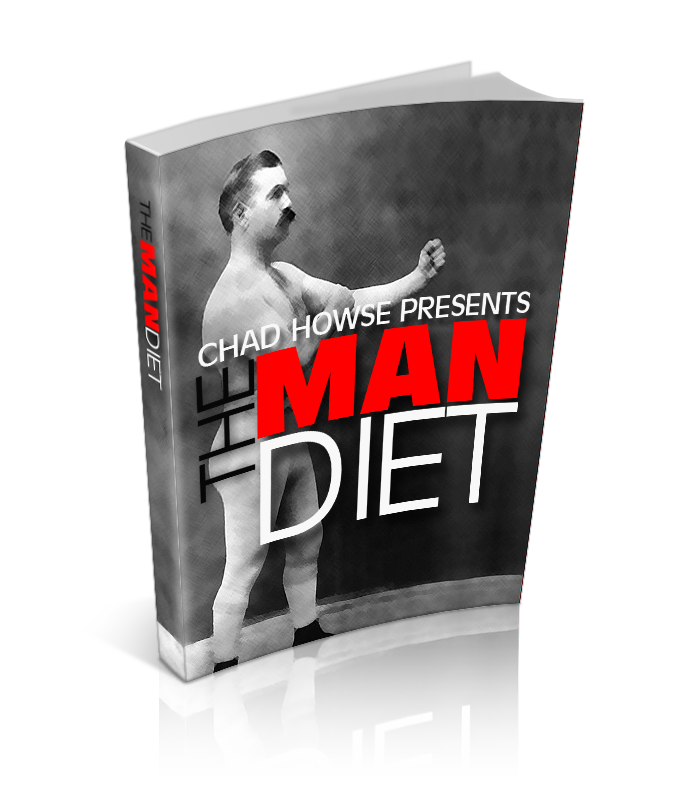 Low testosterone could be at the root of your problems, and your diet is likely the cause. Even if you’re “eating healthy”, you may be eating in a way that destroys the most important hormone in your body.

Most diets, as you may know, are created for women. Why? Well, think about it like this…

The fat guy is often content with being fat, drinking beer, and eating his flapjacks every morning, while the thin woman, who by all accounts is walking around at the perfect weight, is far more conscious of what she eats, and how she looks.

Women, on the whole, care about their appearance more than men do. They’re more health conscious, and they’re more willing to open their wallets to buy a diet, a book, or a guide telling them how to lose fat and flatten their belly.

I’m in this industry. All of the products and promotions that occur, that make the most money are focused on helping women lose weight and burn fat. They’re emotional about their weight, and emotion sells.

Men don’t care, nor do they buy, like women do.

Does that, however, mean that we should be forgotten and relegated to a diet that isn’t at all meant for us?!

This is why I’ve created the Man Diet.

In this “diet” – and it isn’t actually a diet, but a way of eating – you won’t be limiting your calories, rather, eating certain macronutrients at certain times.

You’ll learn how to, as your ancestors did for eons, eat like a damn man!

You’ll learn how to naturally enhance your testosterone levels, burn fat, build muscle, increase your energy, and bring your body back to where it should be.

If you’re fat, you’ll get ripped.

First, let’s cover why testosterone is so important, not only for your fat loss or muscle goals, but for your overall health.

This is where we’ll end today. If you want to “take back your manhood”, and change your body for the better, you need to start eating like a man. All that means is you need to start eating in a way that will help you naturally enhance your testosterone levels. I highly recommend you read this article to discover how your diet may be tailor-made for a woman, and how you can start eating as a man should: How Men Should Be Eating.