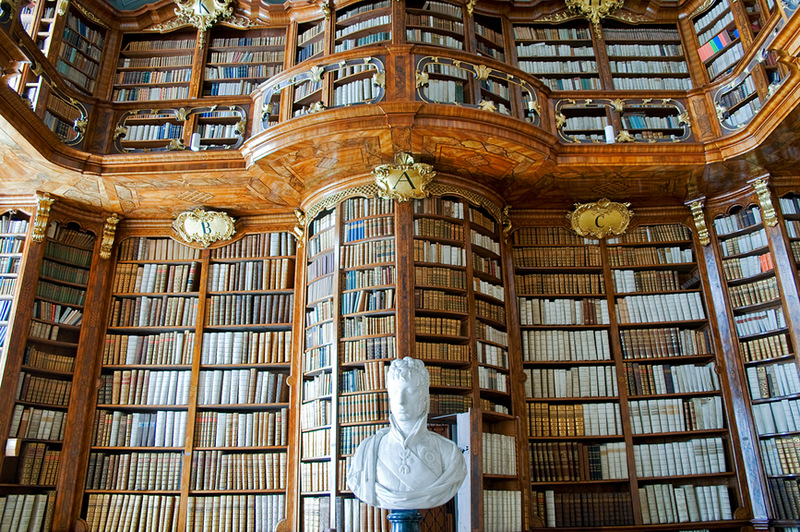 I can live without TV. I feel fine without my phone. But if you were to take my books away from me, I’d surely go mad. If you took my words away from me, my ability to write – even to myself – I’m not sure how I’d survive. It wasn’t, however, always so.

In high school I read one book, Of Mice and Men, because Lenny fascinated me. I skimmed To Kill a Mocking Bird, glanced over Catcher in the Rye, and completely discarded The Great Gatsby, instead opting to watch the movie.

When I entered college I began to pay a little more attention, especially in literature class, but even then I didn’t read entire books. I’d skim. Start, but get bored. Or pick up the Coles Notes Version simply because I knew that in doing nothing, I’d fail and get kicked off the basketball team.

So what made books such an important, prevalent part of my life? What transformed a kid who despised the books they forced upon me in high school, to a guy who essentially writes for a living, reads daily, and is more excited about a new book than he is about a new movie, TV show, or, well, anything else, really?

I suspect it was freedom.

A stubborn youth, I didn’t want to do what was imposed upon me. I wanted choice, freedom, and options. It took a couple years removed from college to kick in, but as soon as I started opening up books that resonated with me, I began to love to read everything. I’ve since gone back and read many of those books that I avoided in high school. And of all the authors that I’ve connected with since sparking my interest in literature, Steven Pressfield has possibly been the most influential.

His non-fiction works have both given me hope, and a a sense of reality as to what it really takes to master your craft, your art, and to create your freedom. And unlike many you read, Mr. Pressfield is real about his experiences and struggles. He highlights the long, arduous road he took to his first publication in his new book, The Authentic Swing. He brings his readers in to his battle against the Resistance in The War of Art, and Turning Pro (two of my favorite books of all time). And he shows men what it truly means to be a warrior in The Warrior Ethos.

It’s authors like Steven Pressfield that men need to become acquainted with. It’s his, and others like him, who make this world a better place by not only encouraging people to act on their ambitions, but showing them what that truly means.

Listen, the road to freedom, be it financial, geographical, spiritual, physical, or whatever, takes hard work, and Pressfield doesn’t shy away from that. He doesn’t paint an idilic picture. He writes the truth. He highlights the battles that we must fight to become the best men, people, fathers, mothers, and artists we can become.

5 Things I Learned From Steven Pressfield

1. The Battle We Often Unknowingly Engage in Daily.

This is the most important thing I learned from Mr. Pressfield, and that is the enemy we face daily, that often goes un-personified. That is, the battle versus the Resistance.

The Resistance is Pressfield’s characterization of anything and everything that pulls us away from our mission.

“Resistance is the equal-and-opposite-reaction of nature to the New Thing that you and I are called to bring forth out of nothing. There would be no Resistance without the Dream. The Dream comes first. Resistance follows.”

When you’re working towards something, there’s also a force – both external and internal – working against the dream. The Resistance is your fear that holds you back. It’s your worry about weather or not this is the right goal. It’s your laziness – or your fear that presents itself as laziness – that keeps you from taking the big actions necessary to make your big dream your reality.

When I began looking at this “equal-and-opposite-reaction” as the Resistance, I was able to defeat it. When it wasn’t personified and made tangible, there was no enemy to fight.

2. The True Meaning of Ambition.

“Ambition, I have come to believe, is the most primal and sacred fundamental of our being. To feel ambition and to act upon it is to embrace the unique calling of our souls. Not to act upon that ambition is to turn our backs on ourselves and on the reason for our existence.” ~ Steven Pressfield

Ambition isn’t simply a selfish goal. It’s what gives the Self, our life, meaning. It’s that thing that, if pursued, will bring us happiness and purpose – but most important purpose.

Pursuing ambition isn’t necessarily chasing the almighty dollar, it’s about creation. If you’re a truly ambitious person you’re chasing the thing that is giving, and is going to give your life some worth.

It’s also the act of being ambitious that is powerful, not merely the attainment of your goal. So be ambitious. Chase your dreams. Become alive, and stop sitting on the sidelines of life.

Humility is one of the most important characteristics a man can possess because it keeps him aware of the work he still has to do. And when you’re creating something, be it a company, a career, a body, a way of life, your work becomes a never-ending journey. You’re not merely working to an end goal, but to perfect your craft.

When I started this business I had a big goal in mind. What I didn’t know is that I was going to fall in love with the writing more than anything. And so while I have specific goals with my business, and with my writing, I’m not working to an end goal, per se. I’m in a continual journey where I’m attempting daily to perfect my craft. Of course, it most likely will never be perfected, but that’s not the point.

[Tweet “Life, it’s about improving every day. If you’re not improving you may as well kick the bucket.”]

4. We’re not always working as hard as we think we are.

When you honestly look at how much you’re actually working, it can be an eye-opening, humbling experience. We spend far more time checking Facebook, email, or surfing Youtube than we’d like to admit – even to ourselves.

Mr. Pressfield, along with a few of my other favorite authors, helped me honestly look at what I’m doing with my days. Anything that pulls us away from our goal, our dream, is the Resistance. Facebook is the Resistance. Even reading can be the Resistance working in a cunning manner if that reading is done at the detriment of your work.

If you’re using TV, reading, even writing, eating, sleeping, or talking and texting to avoid the work you need to be doing to accomplish your grand goal, you’re playing right into the hands of that part of yourself, that fearful self, that doesn’t want you too succeed; that thinks you’re not worthy of said success; that’s afraid of the risk – either in hours, money, or effort – that fulfilling this dream requires.

Be real with yourself. Don’t talk about the work you’re doing, do it. Don’t claim to work when you’re not. Just work.

[Tweet “The world will know about your efforts when you reach your place in the sun.”]

Steven Pressfield isn’t at all a “self-help” guru, but what he does and shows us is exactly how to help ourselves. He’s honest about the work that needs to be done, because he’s done it. Hard work isn’t glamorous. What most people get drawn to is the result of that hard work, and those who experience that fulfilling climax don’t always talk about the dark, lonely days that preceded it. Mr. Pressfield is different.

[Tweet “Beginning something isn’t at all special. Everyone starts. Few finish.”]

Turning Pro is a brilliant book that every single human on the planet should read, and read multiple times. So many of us treat our dream like a hobby. We let motivation come to us. We work hard some days, take others off. We’re amateurs, not professionals.

Mr. Pressfield showed me how to be a professional. I can cut my “career” into two parts. In part I, I’m an amateur. I’m working, but not hard enough or often enough. I’m making sacrifices, but they’re too few and insignificant. In part II, I’m a pro. And I remember the day I turned. The day I began my life as a professional. And I haven’t looked back since. 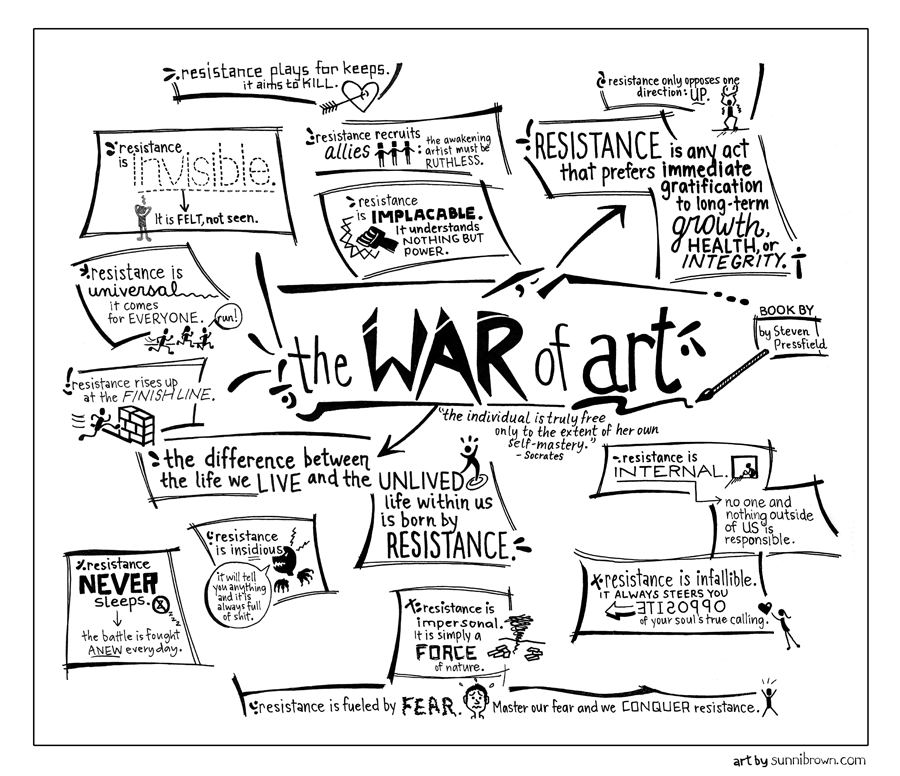 Want to win a FREE Copy of my favorite Pressfield books?

A month or so ago, Mr. Pressfield’s lovely assistant reached out to me to thank me for talking about his work, and asked if I would like to have a box of books for you guys. I appreciatively accepted, and so, we have a contest on our hands.

Answer 1 of the next 3 questions in the comments section below:

1. What’s the most important thing you’ve learned from this site?

2. How have I helped you reach your goal?

3. What’s your favorite book, and why?

Answer either one. Keep your answers as short as possible (under 100 words). Now, I know there are going to be a lot of great answers, so I’ll take the top bunch of them, and depending on numbers, pick from that top group. Contest ends Wednesday, October 30th.