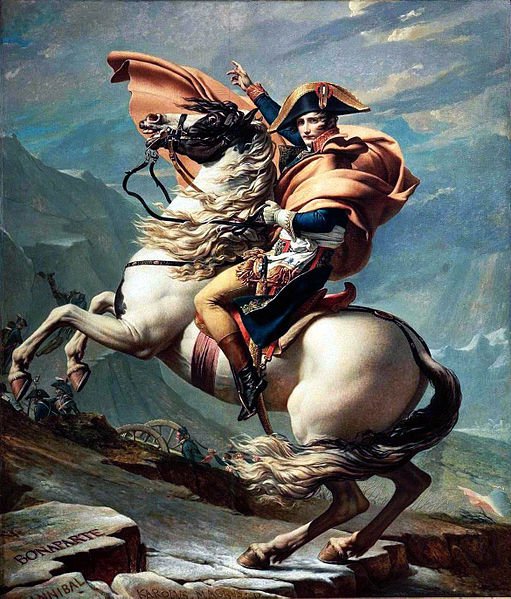 As a teen he read everything. From geography, to military tactics, previous battles, and the notes of successful generals who came before him. When it came time for him to lead, he was a walking encyclopedia. When a problem arose on the battlefield, he’d already experienced it in the books he’d read.

Where his peers failed to come up with solutions, he had them in his rolodex. It wasn’t innate creativity that led him to be a better soldier, but reading.

In one instance, having recently taken over command, his soldiers were poor, malnourished, and sick. Napoleon took out loans, fed his men in any way that he could, then he promised them greatness.

“Soldiers, you are ill-clothed, poorly fed; the government owes you much, it has given you nothing… I will lead you to the richest plains in the world. Rich provinces and great cities will be in your power; you will fin there honor, glory and riches.”

Thus, his armies would live off the land. A great notion, but not an original one. “Years earlier Guibert had written, “that the war should feed the war.” Napoleon had read Guibert – and agreed.”

There are hundreds of examples, from strategy, to leadership, where Napoleon shaped his own views on the shoulders of others. Napoleon is an original. We are originals. But that doesn’t mean we can’t improve our rolodex by learning from others before us.

Read a lot. Read about entrepreneurs and their rise to success. Read about the great’s of history. What did they do that made them great? What led to their downfall? Who’d a thunk that by reading about a military leader who rose to prominence a couple hundred years ago, that I’d learn how improve how I work, learn, and perform? That I’d get inspired?

Don’t be selective in what you read or who you read. Read everything. There’s no shame in reading the first couple chapters of a book, then putting it down because it wasn’t something you fancied. But you’d be surprised how many diamonds in the rough there are.

Time and time again, Napoleon’s peers are astonished by his energy.

Napoleon’s energy and activity were incredible. When not dictating his ukases to a secretary to be passed on to Berthier, who would then turn them into official orders, he was with the troops.

This goes back to something else I read in Napoleon Hill’s classic; to gain energy through enthusiasm. Energy is the commonality amongst all people who accomplish great things. As is enthusiasm. I notice it in my own day-to-day operations. When I’m enthusiastic about a project, or even about life, my energy is endless. It knows not what time it is, when to break, rest, and it doesn’t care.

Force yourself to be enthusiastic. You’ll accomplish more, live more, live better, and do better work. You’ll have better workouts and you’ll be happier.

A good gauge as to whether you’re passionate about something, is if it gives you more energy. If the act of simply thinking about this task or goal, gives you a boost. I’ve noticed in myself, that I can also become enthusiastic about something. When I do this, life is better, along with the myriad of benefits that I’ve already mentioned.

The topic of energy needs an article of its own… 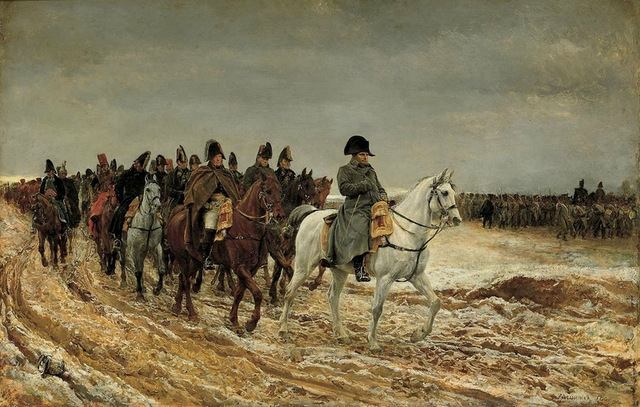 To Inspire is to Lead

“If your actions inspire others to dream more, learn more, do more and become more, you are a leader.” ~ John Quincy Adams

Other generals, or military leaders, saw each of his soldiers as a number, a pawn that they place in a position. If that position is the right position, then the pawn will do it’s job and the battle will be won. Napoleon saw things differently. Possibly through the study of historic battles, he saw how the few could defeat the many if the few were inspired to do so.

He also saw how may an army saw defeat because there was a disconnect between the cavalry, and the leadership. Napoleon was always in the battle. He was amongst his men. He gave speeches daily. He inspired his men. He suffered with them, cried with them, laughed with them, and they fought with a greater purpose and passion because of this.

If you’re a leader in your job, even in your household or community, understand this. To lead is to inspire, and vice versa. Leadership is a habit. It is actions as much as it is words.

My goal with this site, in large part, is to inspire. Much of what I put on this site is tactical, yes. We all need tactics to reach our goals. Eat this not that. Do this in the gym. But if you’re inspired, if I’m inspired, we’re going to do more, go one step further, and accomplish greater goals.

I’m not calling myself a leader, but I’ve read over and over again the great things men can do if we’re inspired. Sometimes that’s all the separates two people: their level of inspiration, motivation. Take it upon yourself to not only live an inspired life, but to inspire others. Not so much in that you’ll lead them, but that you can have a part in their success. That you can be one of many stepping stones on their road to greatness, as well as your own.

Before studying Napoleon I was aware of this fact, but through further study, I’ve grown to respect its importance even more. Fitness advice is key to your success, but inspiration is easily it’s equal.

“I can no longer obey; I have tasted command, and I cannot give it up.” ~ Napoleon

The Study of Great Men and Women

I started off my mentioning Napoleon Hill. Well, Hill tells his readers to create our very own “virtual mastermind”. It sounds kind of whacky, but I really respect the guy, and I’m willing to give anything a shot at least once. He suggests that we study people we admire, and call on them when we need advice.

The list could go on and on. But this is the shortlist. Who would you add to this?

Treat each of these greats as mentors. I mentioned the importance of a mentor in previous articles, and how finding a good one is a huge step towards success. If you can’t find a good one off the bat, read about one. Know him so much so that he becomes a mentor of sorts.