How to Be A Man of Steel

You’re not just anyone. One day you’re going to have to make a choice. You have to decide what kind of man you want to grow up to be, whoever that man is, good character or bad, he is going to change the world. ~ Jonathan Kent

What if we knew that, without a speck of a doubt, that we were destined for greatness? A fact that goes beyond faith; it is without question. It’s destiny. And destiny in a sense that will be, it isn’t clinging to whether we believe in destiny or we don’t. It’s something that is already, it’s just waiting for us to act upon the greatness we already have within us.

How, then, would we act? If we knew that we had what Churchill had, what Napoleon had, what Lincoln, Da Vinci, and Jobs had, how would our actions differ? How would our decision making change? If we had this incling since birth, but it was more than an incling, and everything we have done up to this point has simply been training, would we act differently?

The trailer the new Superman movie, “the Man of Steel”, gives me goosebumps. Gone is the polished, untouchable man from another planet; in his stead is a lost soul searching to fulfill a destiny that he fears he isn’t worthy of. 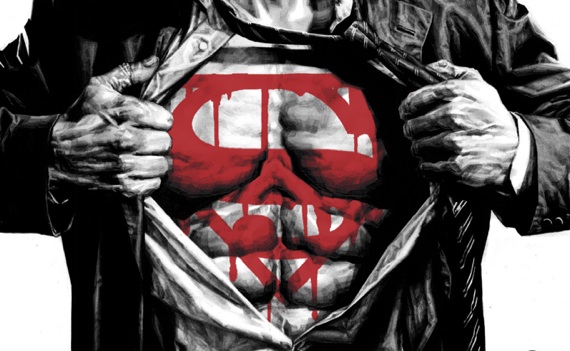 The trailer, albeit lasting a minute and thirty three seconds, promises to bring REAL conflict within a character than no one has ever truly identified with, until now. The trailer also speaks to you and me. Suppose we WERE better than we believed we are. Suppose that deep down we have the same fortitude, strength, passion, and purpose that the great men in history had – would our world not be abundantly different?

Our decisions would be stronger, made quicker, and stood by without whilting under the pressure to conform to what those around us may expect, want, or be too afraid to do and be themselves. Our confidence would be unbreakable. Our strength unflinching, and our fear there, but never for more than a second.

Yet, I’m not sure that Churchill, Napoleon, Lincoln, or even the Man of Steel himself, have anything innately within themselves that you or I don’t possess. They were each faced with seemingly insurmountable obstacles, and fears that broke other men. When they reached their precipous, they marched forward. Though there were many moments of weakness, their strength won every internal battle. It isn’t that they were naturally stronger than we are, it’s that they made a decision to be stronger, and to stick by that strength. When we hide from our fear, they face it.

You will give the people an ideal to strive towards. They’ll race behind you, they will stumble, they will fall. But in time they will join you in the sun. In time you will help them accomplish wonders. ~ Jor-El

You and I can be our own ideal. Every day we look outward for an example of what it means to be a real man, a gentleman, a warrior. Where we should look is in the mirror to CREATE this ideal. Learn from our “idols”, the men and women who can help shape the man we are to become, take what we can from the great people of the past and present, but USE IT! Don’t let reading about it satisfy us. Put it to practice!

“They will race behind you, they will stumble, they will fall. But in time they will join you in the sun.”

Think of this kind of leader as the man you see in the mirror. Take what you can from this site, from the books you read, the men who have accomplished or are accomplishing great things. But knowledge without action is useless. Anyone can know what it means to be a great man, a successful business man, a warrior, a Legend, but there are so few because only a handful in our history as a species have had the courage to be what they know how to be.

Where the great people differ from the rest, is in their courage to not be lazy, weak, to let their fears dictate their decisions, or their worries to control their lives. The great moms and dads – like my own -, the great husbands and wives, brothers and sisters, as well as the great warriors, world leaders, athletes, and writers, do, they don’t hold their knowledge of what they know they should do to themselves. They take action. Our lives are better because of their willingness to make the right decision, then act upon it.

It’s time to man up! Stop thinking about it, and start doing.