Forget about the empty chair. Clint Eastwood is a man’s man. He’s a throwback, oldschool, off the cuff, snarky old bastard. With the life he’s lived, I’ll listen to what he has to say, intently, and with respect. And when Clint Eastwood calls our generation, “the pussy generation”, I look for ways to prove him wrong, but find few.

The pussy generation is more than one single generation, it’s the collection of those of us who’ve been born in the last 30 years. Those of us who hate the rich because they don’t give us more of what they have – and have earned. Those of us who hold our head’s high, not because of a sense of pride, but a sense of entitlement. We deserve what we WANT – not even what we need – simply due to the fact that we’ve graced this world with our presence. Now it shall grace us with riches.

We don’t want to work. We want fast success because the evidence of said success is all around us. The truth: we’re selective in the information we take in. We see and listen to what we want to see and listen to. Our generation is wrought with jealousy of those who have more than us. We’re the occupy movement, the complainers, the whiners, the jealous, and the weak.

Instead of seeing the hard work and dedication that the successful put in. The hours away from their family. The risks. The sacrifices. We see the things, and we want. But we don’t want to do the work, make the sacrifices, or take the risks.

The mindset of the Pussy Generation has crept its way into every fascet of our existence. It’s devouring the gym. Our escape from the world, the place we can go to let off steam, and forge a better us, is decaying. Filled with plucked eyebrows and shaved legs – and I’m not talking about the women – the gym is being lost to the pussies. Talk fills the hallowed halls where hard work, and pain used to reign.

The Pussy Generation is in our workplaces. Less work and more play. Living for the now, but wanting the fruits of those who do the work to get the rewards in the future. I’m all for enjoying life, traveling, meeting people, and truly living. That’s what life is about. But we need balance. If we want success, we have to earn it. Not take it, not wish for it, receive it, but EARN IT. A fact that has been lost by a generation who stomps their feet and cries if their success doesn’t come in their twenties.

The old way of things was to have a family after high school or college, work your ass off, save, then enjoy the fruits of your labour in your 60’s. Now, we enjoy what we were paid yesterday, today, and we’re fucked when we’re in our 60’s. If we haven’t reached our dreams by the time we’re 30, we dive into a deep depression. We look without, not within. We see others with success, but we fail to see the beauty of the journey we’re on, the sacrifices we’re making that is shaping the man we’re becoming. All we see is what we don’t have, in looking at those who do have.

Each man is his own man. His path his own path. To those with the balls to work hard and follow their dreams, I salute you. But stay the course. Success isn’t a birthrite. But with hard, purposeful work, it is inevitable.

The 3 Phases of Life 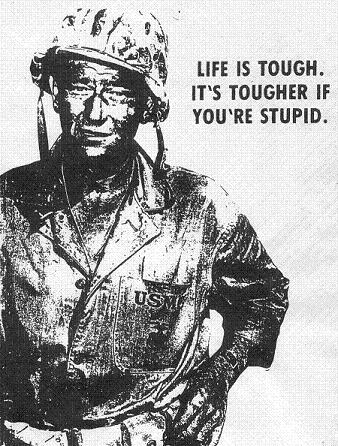 A former neighbor of mine made it big in the dot com boom. He sold his company for hundreds of millions of dollars. He’s loaded. He can do whatever he wants, and everyone around him sees that success. They see the lifestyle he now lives – and has lived for some time. What they failed to see is what I saw for the 5+ years prior.

Every morning I’d wake up at 5:30 and head to my high school gym to get some shooting in before class started. And every morning, his car would already be out of the driveway. As I got home at 9 or 10 pm, as would he. His house was alright, nothing special. Any work he had to do on it he’d do himself. Financially, he had no wiggle room. Everything he had was in his company.

The guy who would one day be a multi-millionaire busted his ass, pinched every penny, even saw relationships come and go, because of his work. He worked 7 days a week, for who knows how many hours a day. He did what he had to do, and yet, if you ask him about his success today, he’ll say, “yes, I worked hard, but I also got lucky, I caught a wave.”

The wave was the dot com boom. He got out before it fizzled. Now, he’s on to other ventures in technology, real-estate, and who knows what else, but he also gives talks at colleges and universities. The main point he highlights in these talks is the 3 phases of life.

Our first 15 years in the work force, or in our own entrepreneurial ventures, are for learning. This is where we absorb. Where we perfect our craft, become GOOD at what we do. The rewards are modest, but they get us by.

This is the phase in life where we begin to reap the rewards from our learning phase. The ages might actually be a bit older – 40-60. This is when we begin to earn some real money. When we can possibly afford a real vacation, a nice car, a home, and to put our kids through college.

The prerequisite, however, is that we bust our asses in the Learning Phase – that’s the only way to the Earning Phase.

As we have created our mini (or not so mini) empire, we begin to find the need to give back. This isn’t just a charity giving back – although that’s often a big part of it – this is a knowledge giving back, where we seek to give back to those who are learning, and working their way through the Learning Phase.

It’s a financial, as well as a knowledge giving back.

The 3 phases in life that my former neighbor speaks about are in stark contrast to the Pussy Generation’s view of how life should work. Success, to them, comes immediately – with or without work. The things, the cars, the houses, the vacations, are all now.

Are the 3 phases set in stone?

No. The guy who gives the speach skipped them. I have a number of friends who have skipped them. Yet, without exception, all who have acheived their success have earned it. There are those who haven’t, technically, but no man should be at fault for what he is born with. Good for him. Now get over it, and hustle. 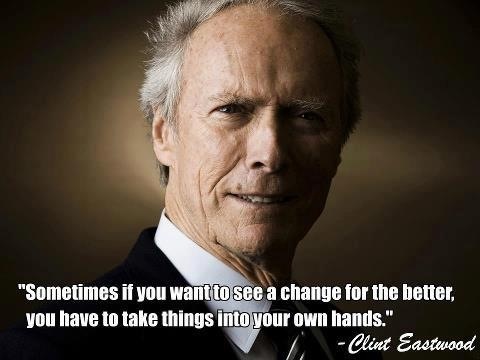 The Way of The Old School

Our generation is weak. We’re a jealous. We hate hard work, demand what we don’t deserve, and crumble under the weight of what life burdens us with. Yet there is hope.

My best friends are hard-working, focused, ambitious people. Odds are so are you. We train expecting pain, venture into business expecting and ready for years of hardship and hard work with little pay. We know that life is a barter, that we can’t get something great without giving up something greater.

Old school is a term that eludes to toughness – both the mental and physical sort. Toughness, however, hasn’t rid itself from this planet, it still exists. But where it used to be a roar, it is now a whisper. The tough, strong, old school men of today are outnumbered. We’re drowned out by the whining of the new school, as Clint puts it, “the pussy generation.”

But that’s fine by us, because to be old school is to be stoic, silent and calm amidst a storm. The old school warrior is the silent fighter. The one who’s bite far outweighs the volume of his roar. The old school is alive and well, you just might not hear about it, but you’ll know it when your paths cross.

Be old school. Don’t whine, complain, or wish you were elsewhere. You are where you are for a good reason, as am I. What we have and where we are right now is where we deserve to be – good or bad. But this is not where we’re going to end up. Keep pushing. Whatever you want to accomplish in life, whether it be career, family, or fitness oriented, hustle. Focus. Let nothing stand in your way, not even jealousy, laziness, or our burning desire to complain.

The old school simply puts their head down, doesn’t complain, and out hustles those that do.