A world without predators…

No lions roaming the Serengeti, tigers scouring the Siberian tundra, or men standing at the grill, spatula in hand, waiting for their steak to hit that perfect blend of medium and rare.

When you think of it in modern-day terms, man is no longer a hunter gatherer. But we were for a lot longer than we have been the sedentary mess of a species that we are today. For hundreds of thousands of years we thrived on diets that consisted primarily of meat, with a wide variety of berries and vegetables accompanying our catch of the day. We’re made, evolved, and bred to hunt, to kill, and to consume the most nutrient-packed source of food we can 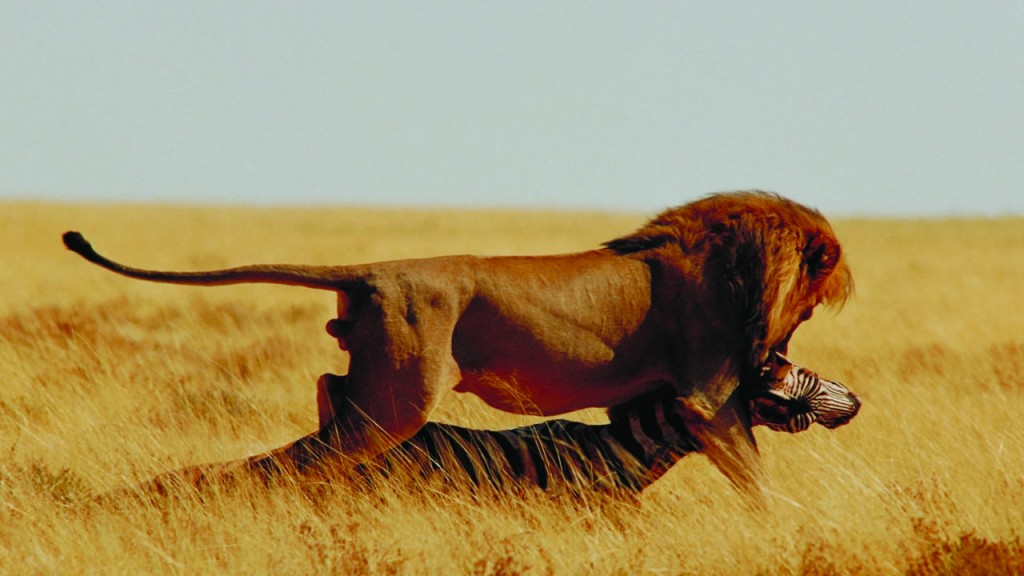 So what if lions, tigers, and bears (oh my!) were taken out of their natural habitats? Well, to put it simply, the shit would hit the fan… possibly indefinitely. No longer would the wildebeest, giraffe, or the zebra populations be held in check by these predators. Their numbers would explode. Uncontrollably so. The great plains would be stripped raw, replaced by the sand that now covers the Sahara.

Think of the ‘circle of life’ more like a wheel with each species making up it’s spokes. Take away one group, like the predators, and the wheel can no longer support the weight of those that remain.

So where do we fall in line with this circle, and how does it effect what we should eat?

I remember sitting in class, it must have been the 7th grade because my arm was broken, in a sling, and I was sporting a nice set of braces (in short, I was the definition of cool). The teacher walks in with a chart. On it; a pyramid. He plasters it on the white board and tells us, “this is what you should eat.”

At the top were whole grains, fruits, and vegetables. At the bottom was red meat.

From a young age we’re indoctrinated with the belief that a low fat/low meat diet is what’s best for us. The reasoning behind such a theory is relatively simple – although grounded behind no science whatsoever:

Fat forward… I mean fast forward a couple years and I’m in the living room with the TV on. With a lack of quality entertainment to be viewed, I stumble across investigative reporting at its finest: The Maury Povich Show.

It’s “fat kids day”. The line-up of obese children is astonishing. 5 year olds cracking the two hundred pound mark, their mom’s and dad’s, of course, leading the way. With all that I had been taught in school, I was a little puzzled when these obese kids primarily ate carbohydrates.

With carbs accounting for up to 80% of America’s diet – you wonder: could there be a correlation between carbohydrates (even the ‘whole’/healthy ones) and the obesity epidemic, or the fact that type II diabetes is, for the first time in our history, showing up in young children?

Could the ‘healthy’ carbohydrates, as we’re taught as youngsters, be a – or the – cause for the declining health of the human species?

And are we the predators that our ancestors were, or should our role be to preserve the animal kingdom that we seem to be destroying at an alarming rate?

Do we still need meat like they did, or should vegetables and grains replace the animals that we used to hunt, kill, and consume?

Vegetarianism is making you stupider…

(Note: NOT vegetables… read on.)

Vegetarianism has gained a lot of momentum in the last 20-30 years, and with good reason… in theory. Vegetarianism – and its more radical sister, veganism – holds the idea that the slaughter of animals is wrong. That humans are more suited to a vegetarian diet. That we don’t NEED to kill animals. So we shouldn’t.

Teaming up with environmental organizations like PETA, vegetarianism has planted itself (haha) as the “environment-friendly method of eating and living”. I have no problem with this. I want the environment to be in tact and thriving for my children, and their children, and so forth…

But consider this statement from former vegan, and now author of “the Vegetarian Myth”, Lierre Keith :

“Agriculture is carnivorous: what it eats is ecosystems, and it swallows them whole.”

Agriculture is at the heart of vegetarian and veganism. They want people to eat MORE grains, corn, and soy because they feel that by NOT eating animals, we’re going to save them and the planet in turn. Do you see the major flaw in this thinking?

This is a bit of a touchy subject precisely because of the good intentions of vegetarians. Their reasons are good. Their logic isn’t. I applaud why they do what they do. There’s just no reasoning or science backing this belief system. It’s also a touchy subject because it truly is a way of life. My intent, nor anyone else’s in this article, isn’t to attack; rather, to shed light.

The irony: where vegetarians promote the saving of animals and the saving of the planet, they’re actually contributing to the greatest destruction of natural habitat and the greatest mass extinction of species’ worldwide there has ever been.

Intentions aside: is vegetarianism a healthy way of eating?

Michael Eades, Ph. D, and author of “Protein Power” says “the vegetarian way of life is absurd” because we – our biological make-up – are carnivorous. Just have a look at a humans GI track in comparison to a lions or a pigs. We share the same make up as a lion, with one stomach designed to digest the nutrient-packed meat that we have consumed for hundreds of thousands of years.

Our make-up DOES NOT resemble that of a pig or a cow and their multiple stomach’s, which are designed to breakdown and digest the nutrient-low grains that now flood our pantries and fridges.

Eades goes on to note that “Vitamin B12 is vital to our existence”, and unless we’re using supplements, the best source of B12 is in meat. We don’t have B12, we die.

A Fad: An intense and widely shared enthusiasm for something, esp. one that is short-lived; a craze.

If the Paleo diet is a fad, then it’s a fad that has been taking place for over 2 million years… not much of a fad then huh?

So what of this belief that our place in this circle of life that I mentioned earlier IS NOT at the top with the other predators? Or the notion that red meat and a high protein diet is bad for us? And that vegetarianism is instead the way to eat because it’s more in line with how we’re made up?

Well, we dispelled the theory of it being in line with how we’re made. But what of the notion that we’re evolving in a way that makes us better suited for a vegetarian lifestyle, or a diet with little to no meat?

As a result of the recent introduction of grains into our diets, we’re seeing some not so good evolutionary changes:

a) The narrowing of our noses making it harder for us to breath.

b) The shrinking of our jaw, which is why we now have to remove our wisdom teeth.

c) The shirking of our brains (why a vegetarian diet will make us – as in the human race – “stupider”).

The size of our brains, our intellect, and the development of said characteristics is directly linked to a period in our history as a species where our consummation of omega-3 fatty acids increased. In short, we began to eat more meat, so our brains got bigger (over a very long period of time, of course).

If we stayed as vegetarians like we were only at the beginning of our 2 million year existence, we wouldn’t be talking or forming sentences like we do today. Our brains wouldn’t have been given the nutrients they need to develop and evolve.

“What we’re adapted to is not what we’re eating right now” says Mike Richards, Professor Department in the Department of Human Evolution for the Max Planck Institute for Evolutionary Anthropology. Mike is part of an expedition finding the make-up of early human bones in order to figure out exactly what we did 10,000 or so years ago. Science has held theories based on the tools, weapons, and other bones that have been found buried with early humans, but never before have we had PROOF of what early humans an Neanderthal’s ate. Until now.

At the height of our height, strength, brain size, and evolution, we were indeed eating primarily animal meats, and fish, with a much more diverse collection of vegetables, nuts and berries in our diets than we do now. Grains, soy, and rice didn’t exist as a source of food.

Again, “what we’re adapted to, is not what we’re eating right now”.

Why else should we have meat?

Like I said in a previous article, “Is Your Breakfast Killing You?”, our liver can take protein in a time released fashion. Work harder, our bodies release more glucose. Essentially this means steady energy all day. Therefor, each meal should start with a major source of protein. Accompanying this protein with a diverse selection of vegetables and nuts (that are high in brain-feeding omega 3’s), and you are eating in a way that will not only boost testosterone, but raise your energy levels, ability to focus, and maintain this for MUCH LONGER periods than an insulin spiking, crash-inducing source of carbohydrates will.

The liver has an adverse effect with the insulin-spiking carbohydrate. We experience a short boost in energy, followed by a lull or a crash.

As for exercise, the Palaeolithic man was moving all the time. We are not. So start moving. I talked about how a MAN should train in the article “Why We’re Fat”.

We’re heading down a slippery slope that will not only destroy our planet, but the thousands of years of positive evolution within our species that has got us to where we are. With the introduction of grains (and dairy) into our diets, we’ve experienced diseases and infections and allergies never before seen in our history.

Meat is not only NOT bad for us, it’s the primary food group we should be eating.

Where Do We Stand Amongst Other Predators?

We are at the top. Not because of our physical tools, but because we developed the mental tools to get us there. Meat is a part of who we are and who we have become. Grains are not.