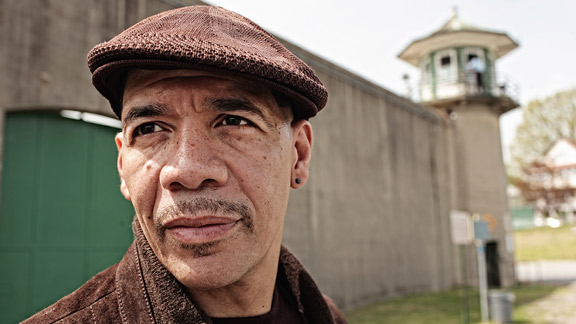 As I write this I have Sam Cooke’s A Change is Gonna Come playing on my computer. I’m tired. I’ve had a rough day, but somehow there’s an understanding that all things considered, it was a good day. And life is good as well.

This article will probably show up a week or so after I’ve written it. But as I sit here, writing, I pause the song and play a video. A video that, as I am about to find out, is about a man who has spent the majority of his life being seen as a killer. He did 32 years in prison for something that he didn’t even do. And now he’s free and fighting back, but probably not in the way you’d think.

He was sent to prison for life based on the eye-witness testimony of two criminals. And that’s it. Then, 16 years before his eventual release, he was given the opportunity to plead guilty, in exchange for his freedom. They wanted him to admit to committing a crime that he didn’t commit. And he wouldn’t do it.

He has had everything wrong done to him, but yet he doesn’t waver on his principles or his outlook on life.

That is what a man is.

This man could have pleaded guilty and he would have been set free. But that wasn’t in line with who he was as a man. So he wouldn’t do it.

And so I write this very brief article that’s accompanied by a quick video about the story of Dewey Bozella, a man who has spent the majority of his life behind bars for a crime he didn’t commit. A man, who although he was wrongfully sent to prison, still felt that it was his job to start helping youth through his new found love: boxing.

The same man who, upon being released from prison, is seeking no retribution. Astonishingly he isn’t going to sue those who put him behind bars because he feels that it’s in the past. That he’s wasted 32 years of his life already on this travesty, and to give it any more thought would be an even bigger waste.

And so Dewey Bozella fights…