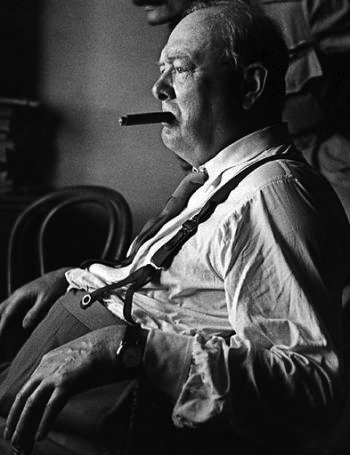 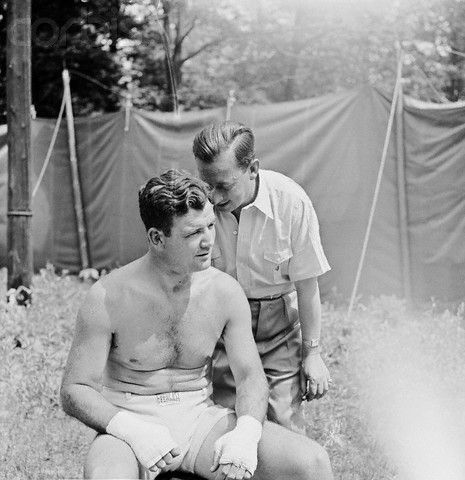 The internet and our book shelves are packed with information about ‘what successful people do’. But what about what they did?

What’d they do when they weren’t successful that brought them to their current stature? Sure, we can learn a lot from successful people. But I think we can learn a hell of a lot more from what got them there, than where they’re at now.

It’s true in any area of life, with success comes laziness. The guy who was grinding, getting up at 5 or 4 am had hunger. The guy who can go where he wants, when he wants, in any vehicle he wants, doesn’t have that same hunger. He does less, but makes more.

We look at the life of the uber successful and we think, man I’d love to have his life. But what about the risks he took to get there? What about the missed birthday’s, parties, and endless hours of work at a dream that he – and quite often only he – believed in?

And so, here are the 10 things successful people did to get where they are now.

1. They didn’t accept their excuses.

We all have excuses. We sleep in because we feel ‘our bodies need the extra rest’. We go out for drinks when we should be tending to our dream or our mission, because we feel like we ‘need some fun’. We stop on rep 6 when we could have done 7 because, well, ‘what’s one rep?’.

Where fun is #1 for a lot of us – and more power to you. The mission, whatever their mission that they hold with such regard is, is #1 for them. Whatever excuses they could have given themselves, they didn’t listen.

Mandela could have used his unjust imprisonment as an excuse to give into his anger. Instead, he used it as an opportunity to learn, grow, and eventually free others.

Listen to your excuses. Understand why you have them. Then figure out how you can use them for good.

If you want to be really successful – and truly successful in life, not just in business – it can’t simply be about you. It can’t be about the result. The money. The ‘things’. It has to be about helping others in some form or way.

This goes in line with a later point about having a reason, but if something drives you that is greater than just the ‘ends’, you’re going to work harder, longer, and you’re going to give more to your project. The other thing that will happen, is people will help you along the way. They’ll root for you. You’ll have a tribe of men and women who’ll truly want to see you succeed because you’re not just doing it for monetary gains, you’re doing it for something greater than your own benefit. 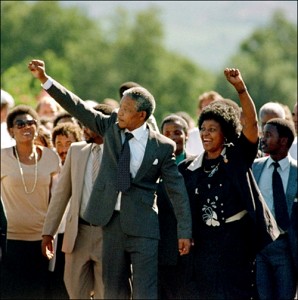 Yes you can make money by trying to make money. But there’s no fulfillment in simply making money. And isn’t that the point? Make your mission about more than just the man in the mirror, and you’ll begin to be proud of that same face that you see in the mirror.

People who are on their way to achieving something extraordinary work better, and more often than others. It’s a simple fact.

Yes they neglect other areas of their lives and focus on this one mission that they have. But that’s what’s important to them. If going out every night and having drinks with friends is what you hold as the most important thing in your life, then that’s what you’re going to do.

There’s literally no substitute for hard work. Abraham Lincoln said, “Things may come to those who wait… but only the things left by those who hustle.” If you want to be successful, you’re going to have to out hustle everyone else.

Energy is one of the greatest commodities we can have, and one that the most successful possess. Partially due to their passion and excitement for what they do and where they’re going, but many of them also understand the need to be in great shape.

One of Richard Branson‘s ‘key’s to success’ is staying in great physical shape. I always talk about how being in great shape gives us confidence, which in turn leads to a much better life. But is energy the greatest benefit to working out? It may be.

Keeping physically fit gives us a ton of energy which allows us to focus at the task at hand for a longer period of time. Some use stimulants like coffee (which I love), or even drugs (which I hate), to keep their minds burning bright for longer periods of time. But this tactic ends. It results in a crash and in the long run results in less productivity, happiness and true success.

By making training routine, we’re adding to the quality and duration of our time on this planet. We’re also increasing our level of productivity. Think of training as your energizer bunny. When everyone else crashes, you’ll still be going. 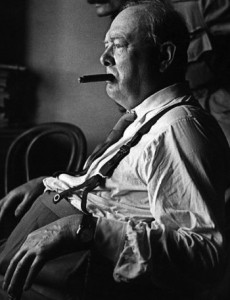 History will be kind to me. For I intend to write it.

Winston Churchill had principles. The difference between him and his principles, and most others’ principles, is that he didn’t waver. He had things that he believed in, like freedom, and fighting for that freedom at all costs, that he stood firm even when he was the only one standing.

One of Apple’s principles are to bring change to the world through technology, and they do it with every product they release. What are your principles? What do you stand by? Identifying them is the first step. Living by them is a whole other story. The people who have become truly successful in life, not just in business, stood by their principles even when they were the only one standing.

Even if your principles aren’t popular, be true to who you are like Churchill was and history will be kind to you as well.

Everyone has moments – and long stretches – of doubt and even depression. Especially when you’re working towards something that isn’t guaranteed. The successful realized that on their way up, all you can do is control the things that are guaranteed. Things like their work ethic, focus, and discipline.

Here is a simple truth: if you don’t have faith in yourself, how can someone else? They won’t. If you don’t know that you’re going to make it, you probably won’t. You’ll get sidetracked, take an easy way out of a problem, or quit. Your doubt will feed that part of you that doesn’t want to work, sacrifice, and suffer for your end goal.

Those who have achieved greatness have doubt, but they also have faith. They have an understanding that it’s just a matter of time. They know that what they’re doing and where they’re headed is worth it, and will happen. Where they are now is just a part of the process and something the they have to appreciate and enjoy.

Successful people have a reason that compelled them to greatness. Some had an idea, and an idea that they believed in so strongly that they gave their lives to it, and in return, were given a better life.

Abraham Lincoln‘s reason(s) had to do a lot with his view of himself in relation to how other’s viewed him. Where others saw a poor, illiterate boy, Lincoln saw someone capable of achieving more, even if he had to do it completely on his own. He also saw the need for change. A nation that preached freedom wasn’t free. He saw something fundamentally wrong with this and set out to change it. His why wasn’t about him. Which in turn made him one of history’s great men.

Successful people understand their why. Where everyone else knows what they’re doing, and even know how to do it. But those who had a reason, something that was beyond their own gains, pushed them to work harder and to do more than the guy who was simply after money.

We all have a reason. Make yours the reason for your greatness.

8. They persevered when others didn’t.

Take James J. Braddock, or even Nelson Mandela, for example. They didn’t achieve their greatness or success early on in their careers or in life like some. They achieved it after surviving. They survived while others literally died, or quit. In their cases it wasn’t just that they were the best, but they were the best because of what they endured, and they were the last one’s standing.

What history is missing, is the thousands who quit just before their dream could be realized. Work hard, enjoy the journey, and never, never, never give up. It’s such a waste. At least give yourself the gift of sticking it out and realizing your dream. 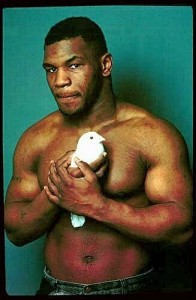 Tony Guinn and Mike Tyson studied their craft as much as anyone. Guinn spent hours upon hours studying opposing pitchers. He studied their patterns and their tells. He was by far not the most athletic guy around, or even on his team, but he’ll go down as one of the greatest hitters of all time.

When people think of Tyson, they think of an animal. A man with a troubled mind and a troubled past. But what they fail to see is the student. No one studied boxing like Tyson did. He’d watch the same fights in the attic of his former trainer’s house where he lived as a young man.

He watched the greats. Studied guys like Marciano, Ray Robinson, Dempsey, and Liston. He studied more than anyone. And as a very small heavyweight, he’ll go down as one of the greats. Not because his talent was given; rather, because it was earned.

So these great athletes can study film, but how can we study our crafts? I’ll use myself as an example. Much of my job has to do with writing, and obviously fitness. So, I study those two things. I read books about how to become a better writer, ways to connect with the reader, and I simply read great books written by author’s who are much better at writing than I am. If you’re in sales, read and study sales. If you’re a marketer, then do the same with marketing.

Being a drone who simply goes through the motions is no way to achieve greatness. Assuming success is something you want, you have to study your craft, whatever it may be. Learn it inside and out. Become a wealth of knowledge. It’ll help you create great, inspiring, and unique work.

There have also been billions of people who had the capacity for greatness, but didn’t want to take the risk. It’s not that they lived a bad life by any means at all, but they never reached their true potential. Maybe because they didn’t have faith in themselves, or because they didn’t want to risk what they already had – even though it left them unfulfilled – in pursuit of something that wasn’t guaranteed.

Your big, audacious dream might be to marry the girl of your dreams and have a family with her. You risk might be to leave the career that you love in order to support her and your family. Your dream might be to bring change to the world, and everything else in your life that doesn’t help you on your mission might have to take a back seat.

Find your dream. Then risk everything to get it. 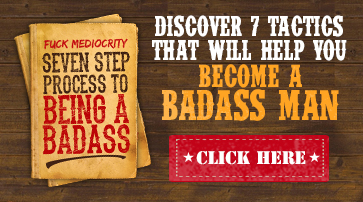