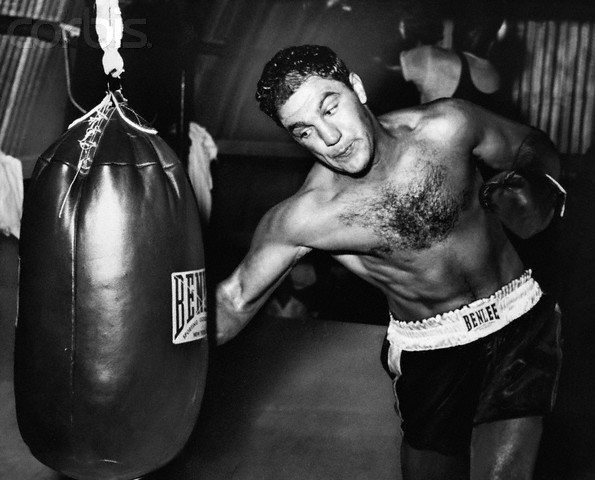 It was freezing cold out, and as usual, the heating system in the gym wasn’t working. I covered myself in sweats, a hoodie, a towel around my neck, and even threw on a cap, but I was still shivering my ass off. Needless to say, it wasn’t going to be an easy day.

Compounding the situation was the fact that I wasn’t feeling all that well. But I knew that excuses would make only my day a whole lot harder. That’s one rule I had for myself when I was boxing: never complain.

No matter how hard the training was, no matter what I felt like, I knew that come fight day I wouldn’t be able to make any excuses. I’d have to walk in that ring regardless of how I was feeling, and fight a well-trained and well-prepared opponent who wasn’t about to back down because I didn’t feel 100%. And no fighter walks into the ring on the day of a fight at 100%. There are always little injuries that walk in the ring with you. You have to accept that and move on – or don’t and fail.

Anyways, today was just one of those shitty days that you have to grind through, and do your best. And my trainer knew it. He knew that today would be a test for everybody in the gym.

The mood in the gym was lackluster to say the least. Everyone was lazy, everyone was complaining about this and that, and I could see it in his eyes that he was going to punish us – no matter if you were one of the fighters who was complaining or not.

One thing that separates a great athlete from a decent athlete is how they deal with their inner voice. The inner voice that says, “quitting this one time isn’t so bad,” or “no one will know if you’re taking it easy as long as you look like you’re working hard.”

The greatest athletes and the most successful people acknowledge that inner voice, but don’t listen to it. They hear it but don’t succumb to it’s reasoning. They understand where it comes from and accept it as a challenge to prove themselves wrong, to push through the pain – not so much that it’s going to make some amazing physical difference, but because they understand that when you quite once, you’ll quit a second time.

We all reach points in training – and in life – where we wonder if it’s worth it. We wonder if all of this hard work, that seems so fruitless, is truly worth the pain and struggle.

Having that belief that it is worth it makes things a whole lot easier. And even though I didn’t know with 100% certainty if I was going to be some million dollar boxing star, I still understood how quitting would ensure my failure in the future, no matter what I did with my life. And perseverance would thicken my skin and help me build mental toughness that would be with me forever.

For some reason, my trainer decided that it was “test Chad day”. I didn’t have a fight coming up, I wasn’t complaining, but I also wasn’t about to ask “why me”. Did it matter? Hell no!

After my warm up we did 8, 4 minute rounds of pad work with 30 seconds rest; followed by bag drills with the same work to rest ratio; which was then followed by sparring. Normally, depending on how many guys are sparring, and whether or not you have a fight coming up, you’d rotate in and out evenly. But not today.

No, today he decided to stick me in there for the whole sparring session. There were 5 guys who I’d be sparring, some my weight class (welterweight at the time), others light heavy’s and heavyweights. Each guy got two rounds at 3 minutes a round. I was in there for 30 minutes of sparring with a fresh new face coming in every 2 rounds.

Looking back I remember and appreciate days like this a hell of a lot more I do those days that were just “normal”. It’s in days like I just mentioned, that we find out what we’re made of. We’re tested, and we either continue fighting, or we give up. If we give up, we’re done. We’ve lost the respect of our peers and the respect we have for ourselves. Both of which we can only get back when we consistently show we’re not quitters, but survivors.

Can you actually improve your mental toughness when you’re training in the gym? Of course. And here are some tips on how to do so.

Use a stop watch to time your sets when you’re training. When you train with reps, you know exactly when you’re finished, it’s when you reach that number. But when you’re forced to continue until you hear that bell, you second guess yourself. You think of quitting or stopping just short. You think you’ve had enough and you might quit. Then 5 seconds later the bell goes off and you realize you could’ve gone right up to the bell.

2. Be held accountable by someone other than yourself.

Set goals for your workout:

For example: complete X amount of reps at this weight, have only 30-second rest periods for the duration of the workout.

Tell these goals to a lifting partner, or write them down. See how your actual results stack up to your goals.

3. Don’t leave the program-writing to yourself.

Find a hard, challenging, and effective program that will push you further than you’d push yourself.

Someone else will always push us further than we push ourselves. Partially because they’re not feeling the pain we’re under. My trainer wasn’t busting his as in the gym, but he made sure I was. And he brought me as close to complete breakdown as possible.

Do you have a story where your mental toughness was pushed to the max?