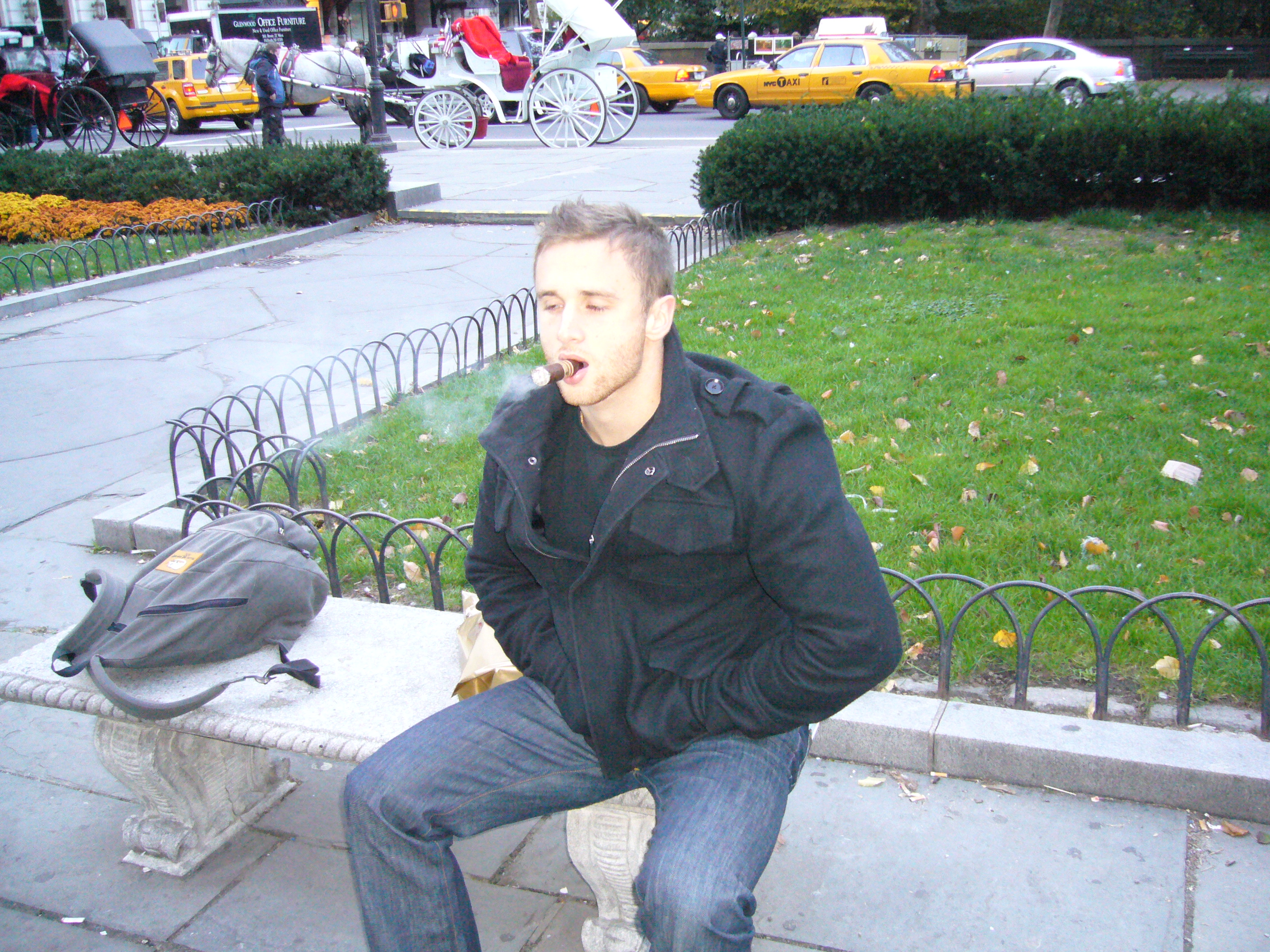 Enjoying an Ashton VSG cigar (4th on the list) in NYC.

I just got a package in the mail a few days ago. I just met a guy through a mutual friend who said he has an all-natural drink that helps calm the mind, making for a better sleep.

Now, I’m about as bad a sleeper as there is, so if I hear of something that is truly all natural that will help me doze off, I’m down to try it out. I’ll never try pharmaceutical sleeping pills, or anything synthetic, but if it’s natural and good for you – why not?

I’ve tried different techniques to fall asleep before. I have a pretty set sleep schedule, I’ve been to sleep doctors, I’ve shut down my computer earlier on in the evening which has helped, but I’ve never taken anything natural that actually had an impact. So I was skeptical to say the least when he brought this up, but I figured I had nothing to lose and everything to gain so I’d give it a shot.

The first time I tried it I even did a few things that normally result in me having a terrible time getting to sleep: like working late on the computer, and eating sugary foods late in the evening – but I ended up having a great sleep. The second night was much of the same story. I woke up earlier than usual on the following day feeling rested and ready to go.

Anyways, this stuff is awesome – I’m going to try the Relaxzen daytime shot as well. But I recommend the sleep shot for sure.

I’ve always had a problem finding the right deodorant. Actually I’ve never found a deodorant I’m happy with. Until now. I’ve tried everything under the sun and it would always overpower my cologne. But buying a designer deodorant was the answer. The scent is much less abrasive and complements the cologne – which is also Hugo Boss – rather than overpowering it.

If you have the problem of not finding the right cologne, try buying a designer brand. They can be pretty pricey, but look online to find a better deal.

Within the last year I’ve really began to enjoy Scotch – and Highland Park 18 year is at the top of my list. It’s remarkably smooth with an oaky finish. It’s sweater than the 12 year and I even enjoy it better than the 24 year which costs an arm and a leg. Great for a night cap or a relaxing night in. Pairing it with the next thing on the list: also not a bad idea.

There’s nothing like a good cigar. If you’re new to smoking, try a lighter cigar, but you’ll find – that much like wine – finding the right cigar is a completely personal endeavour. I’m writing this from New York and I’m staying a few blocks down from Little Italy which has a few fine cigar establishments.

Although, a few days ago I went to the Mid-town Cigar Store and grabbed an Ashton VSG – my goodness what a great cigar. The smoke lasted for over an hour. The ash stayed in tact throughout and I was completely relaxed. One of the better cigars I’ve had, even tough I’ll smoke a max of 1 a month, it’s always a treat to have one.

A magazine always comes in handy when you’re travelling. Here are a few that I really enjoy because of their content, the value they give and of course the great articles and writers they have contributing to their magazine. I should really get a subscription to each of them, anytime I’m in an airport I’ll grab at least one of the three.

Is there something you’d suggest that everyone just has to try?