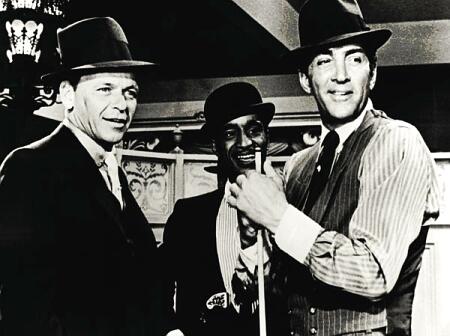 The fellas in the Rat Pack always dressed like camera’s were on them. A sign of the times perhaps?

Dress and Live with a Sense of Pride

Pride is a funny thing. You can have too much, or not have enough.

Having too much pride to make the necessary sacrifices for your family isn’t an admirable quality by any means. But not having enough pride in your work, or in your appearance makes one appear like they just don’t give a rats ass about anything.

Be proud of the work you do, the projects you’re involved with and the person you are. There’s a big difference between a healthy sense of pride and arrogance. Being a proud, but humble man might seem like a bit of an oxymoron, but pride isn’t rubbing your success in someones face. It’s making the most out of what you’re given and being thankful for it, which goes hand in hand with humility.

A real man does everything within his power to be his best, and maybe the biggest component of giving it your all is working your hardest.

“Whatever your life’s work is, do it well. A man should do his job so well that the living, the dead, and the unborn could do it no better.” Martin Luther King Jr.

You don’t have to be the richest man to take pride in who you are, or even what you do. Whatever your place in this world is, work your arse off as if no other man could do it any better.

Take Care of your Body

Do your family and those who love you a favor and take care of your body. Not sure if you’ve notice but I like a cigar from time to time, I enjoy good, tasty and fatty foods from time to time and I’ll have a drink every now and then as well.

All of that stuff’s a part of enjoying life. But there’s one thing that I never want to be saying in my 40’s, 50’s or 60’s or even 70’s and 80’s – I wish I took better care of myself. I don’t want to be looking at my wife, kids or whomever, lying in a hospital bed because I drank too much, ate too much crap and just showed my body no respect.

This being a web site dedicated to fitness, I’m sure most of you take pretty good care of yourselves, but keep that in mind. It’s not all about us the individual, there are other people who depend on us. So next time you’re looking for some motivation, think of them.

Learn to Say No

You can’t always please everybody.

Part of being a successful person and a successful man is knowing when to say no. The guys who reach their true potential are always the one’s who put the work in. They know the true meaning of dedication, and yah, they know when to say no as well.

That dream they have dedicated a large portion of their lives to is first and foremost until its realized. Working long hours and missing drinking nights with the buddies come with the territory. Give your dream what it deserves – the absolute best shot you can give it.

I’ll be doing a third part to this series & would love to hear what you have to say.