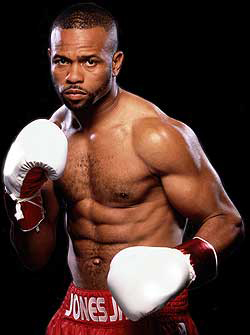 Roy Jones Jr. was pretty cut up in his prime. Actually still is, he just can’t fight like he used to.

Ladies enjoy seeing a good set of abs, I think that’s a no brainer. Having a lean mid-section makes that “X” or “V” shaped physique complete. You can have a muscular and athletic upper and lower body, but without a lean mid section you’re just going to look muscular.

There’s nothing wrong with being a jacked, thick dude, but it’s not the ideal body in most women’s minds – which is the focus of this article series.

The problem is that or a lot of us, getting a six pack is a pretty hard thing to do; large in part because of the fact that getting rid of that last bit of fat around the mid section has as much to do with diet as it does with training.

When your focus turns to getting lean and ripped, the first thing you’re going to have to change is your diet. You have to burn more calories than you’re consuming. You can be lean and muscular and not eat at a caloric deficit, I’ve done it for a while now, but to bring your body to that next step, burning more calories than you consume is going to help big time.

As far as your training goes, you don’t really have to change a whole lot. I might add in some high intensity circuit training, maybe a couple more sprints a week, but other than that the lifting stays pretty much the same.

One of the greatest factors in me getting a well defined and muscular six pack was how I treated my abdominals: like any other muscle. A lot of people train their “muscles” one way, but have a totally different set of rules when it comes to training their abs. But I have and had a different approach. Part of it was due to the fact that I needed my abs to act as “armour”, protecting my midsection because I was fighting.

It’s another case of me wanting more than just one aspect of fitness – I didn’t just want to be lean, I wanted abdominal muscles that popped out, that protected me, and yes, maybe turned a head or two at the same time.

Treating your abs like any other muscle will build thicker, more defined abdominals, that are easier to see and easier to sculpt.

Cardio for getting a 6-pack

Building the muscle is one part of the equation, eating right is another, and cardio makes the “triangle” complete.

Do all three the right way and you’re going to get a six pack.

When you’re trimming down the midsection, you’re going to have to be doing some kind of cardio to strip away that extra layer of fat and let those muscles show. I’m a big fan of High Intensity Interval Training (HIIT) for the simple fact that you get more bang for your buck – or more benefit for the time you put in. From a pure fat loss standpoint, steady state cardio works, but takes longer and in my mind isn’t the “optimal” way to train.

Sprints are always one of my favorite methods of cardio. Whether you’re sprinting up a hill, on flat land, on stairs, pushing a car, or even “sprinting” while skipping – any of them work, in fact I encourage you to mix things up.

In order to hold on to your muscle as much as possible, do your cardio after a workout, never before. You still want your primary focus to be lifting weights, with cardio being an addition to your routine.