Enjoy your victories, but never be satisfied or content with who you’ve become, what you know, or what you’ve accomplished. Always be improving. Who you were last year can’t be who you are this year and he must pail in comparison to who you’re becoming next year. (Read this: Why You’re Comparing Yourself to The Wrong Person)

This is the mission we should all have, this chase, this humility that leads us to understand that we have room to grow, always.

Keep hustling. Keep growing. Be better tomorrow than you are today, and man up! 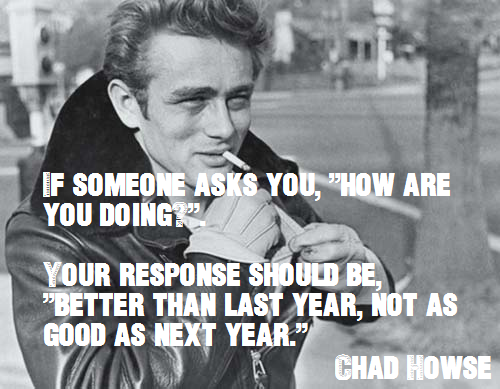 Improve daily. Simple. Your goal should be to do more and be better and get more done than you did yesterday. If this is how you live life you will kick some serious ass and take many a name.

Have 3 things that you do daily, and do them first thing in the morning…

We all know that men (and women) shouldn’t complain. So give thanks first thing. We all know that we waste too much time watching TV, so replace it with something our ancestors called, a book. We all have friends who are stagnant in life, and unhappy as a result, so do the opposite, improve. (Read this: 30 Books Every Man Needs to Read Before Turning 30)

If you do these 3 things everyday you will be a successful, happy man. 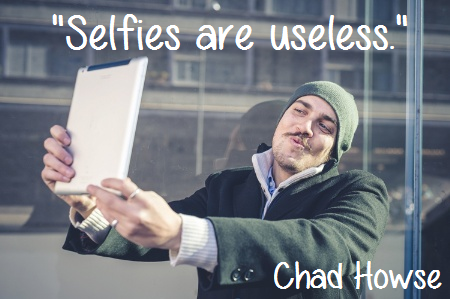 Take a picture of yourself every now and then, by all means, but the daily selfies that humans take these days are insane. A generation ago we would have all seen the lunacy in it, in showing people what you look like rather than what you’re doing, now, though, it’s common-place.

We’re more concerned about showing what we’re doing or where we are then being where we are. And I’m not holier than thou with this, we all do it. It’s become a norm and it’s just, as I said earlier, fucked.

Be where you are. Learn to have your happiness confined to a moment rather than dependent on the reactions of others. 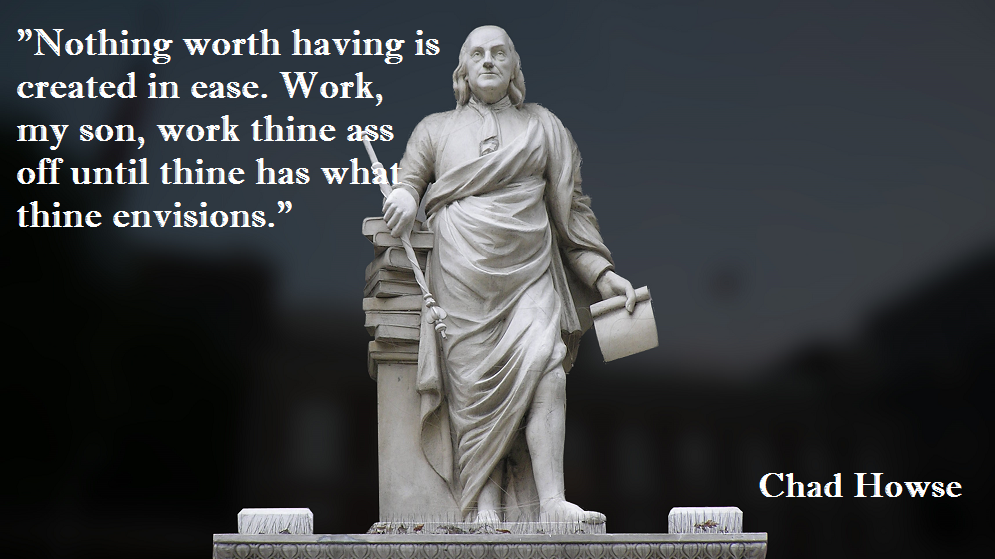 1. You’ll become tougher and gritter and better.
2. You’ll improve far faster and to far greater heights than those initial notes on what you want would dictate. 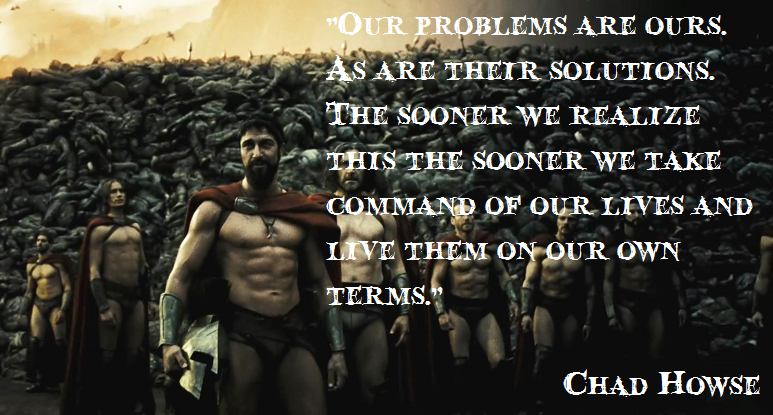 Give up, by all means, that’s a choice you can make. You can end it all. You can slip into a life where you’re simply waiting to die. Or you can change. You can work harder, do more, be better.

Whatever you do, stop complaining. And I highly recommend the third option. (Read this: The 12 Characteristics of Real Men)

With your future under your control, even though your road may be arduous and tough and never ending, you still have to take the steps to get out and get up. People will help you along the way, but you’ll realize something very powerful:

People don’t like to waste their time, and they only tend to help people who they know will work their asses off and succeed.

The world is economics. People only invest in projects with promise. You have promise, and the work you do this year will show that promise.

Men kill themselves at 3x more than women do. And why? Well, we’re not being who we are supposed to be. The cure?

It sounds insanely simple, but if you did more masculine activities, you’d feed that part of your soul yearning for adventure – and I know its there even if you don’t. you want shoot outs and gun battles and action-movie-like training montages. Well do it. (Try this: How to Get Confident, Be More Manly, & Rule the World)

Go hunting. Go camping. Go rock climbing. Go horseback riding or fishing or fighting. Give yourself those outlets that you need, and not only for your sake, but for your family’s as well. 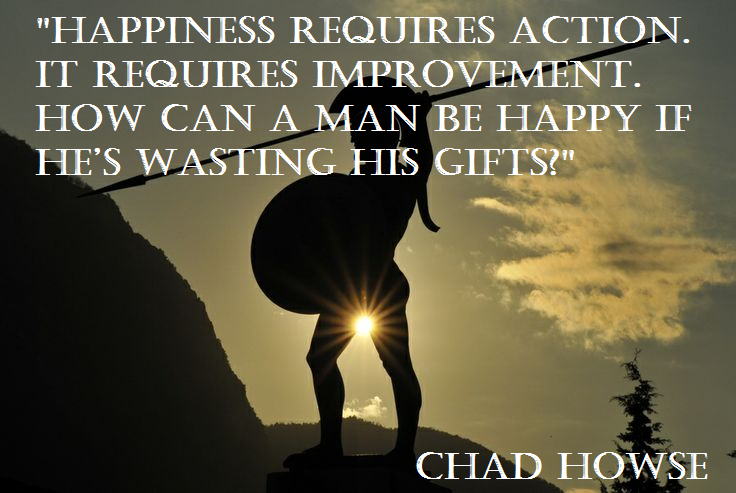 Ambition is going after greatness, but that greatness isn’t in comparison to someone else, but something that is and must remain internal.

Be better than you were day in and day out and you will be happy. 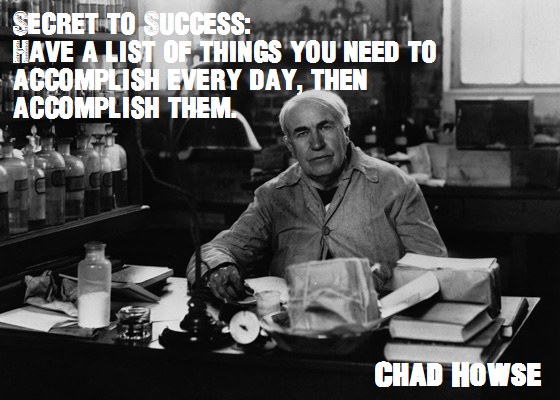 Want to be great (hopefully that’s a yes)?

Get in the habit of completing everything you need to complete within the run of a day. (Read this: Forget Finding Your Passion. Just Work.) 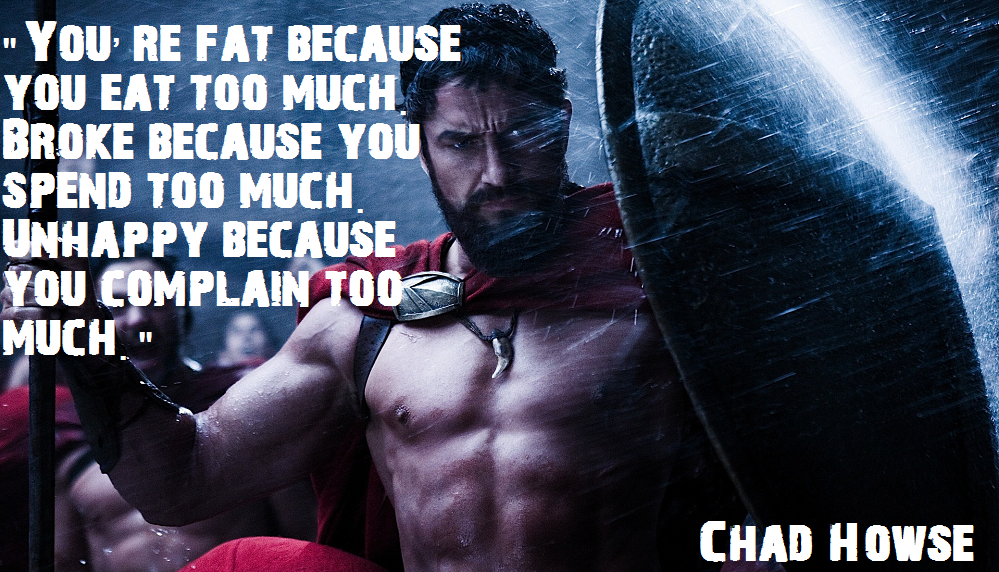 Where you are, who you are, what you are; they’re all under your control. That’s powerful. That’s you being the master of your fate rather than a victim of circumstance. Whichever side you choose, you will be correct.

You may have a slow metabolism, but you’ve gained too much weight because you likely ate more than you burned. Your metabolism is also largely under your control and something you can fix. Lift heavy weights and eat effectively.

You may make very little money, but to be broke, you’ve had to spend more than you make. The solution, set up a budget, and start learning how to make money. The possibilities are endless and though it takes time, it takes discipline more than anything else. 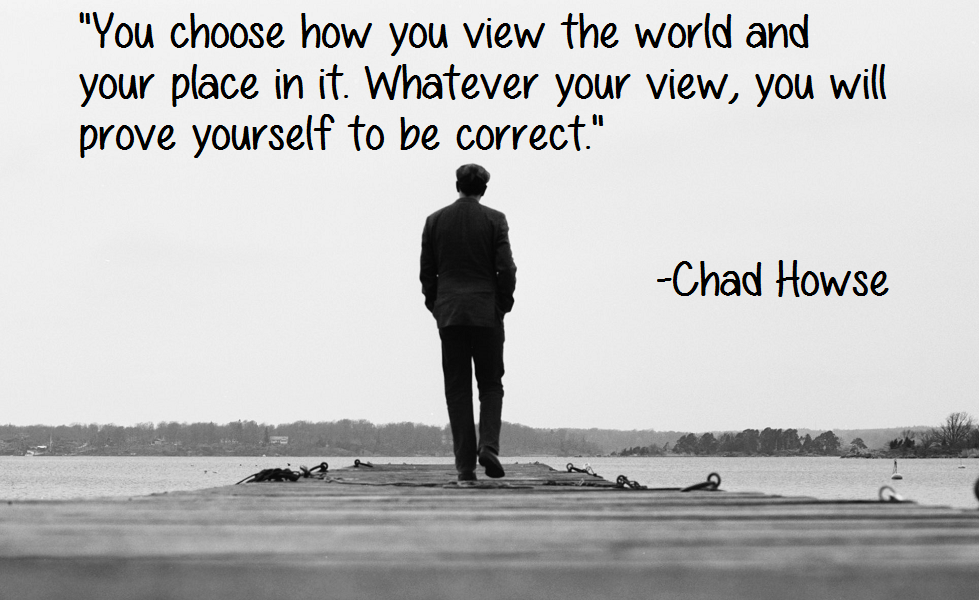 You choose how you view the world and your place in it. Either way, you will prove yourself to be correct. 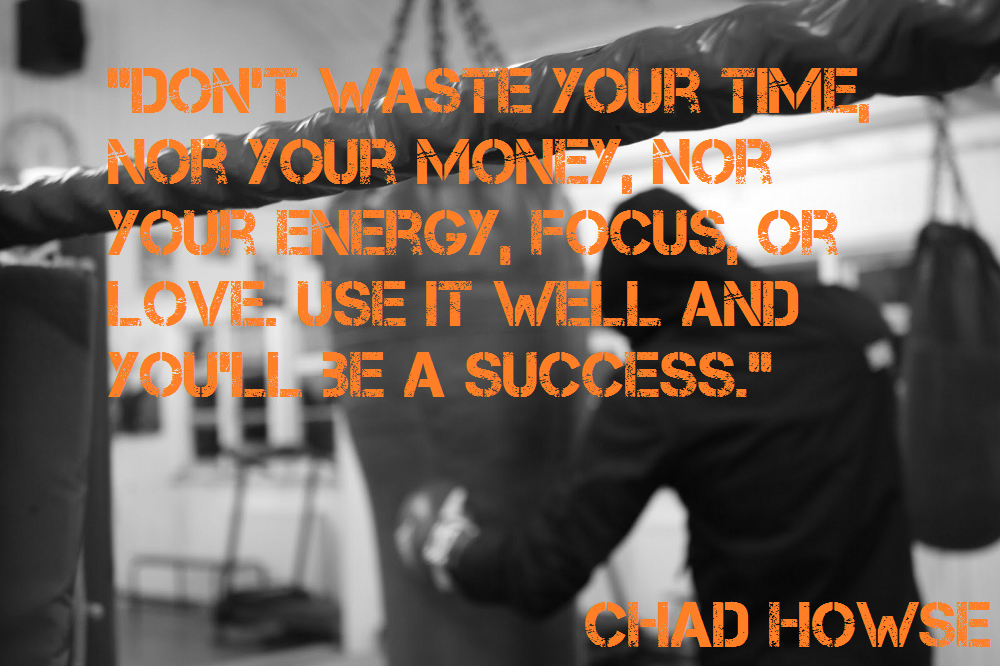 We waste our time. We spend it doing nothing of value when the choice of how we use it is entirely ours. We waste our money all too often. We waste our energy, our focus, and even our love, loving things of little value, loving THINGS. 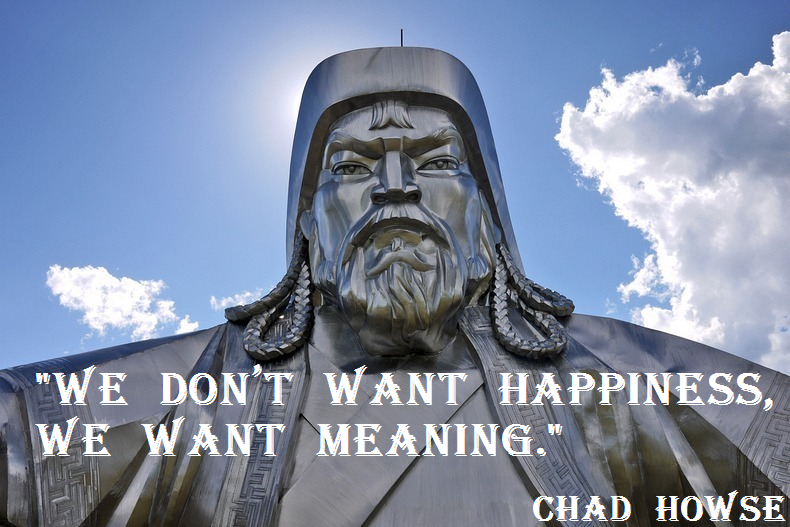 Those things that make us happy don’t necessarily give us meaning. Man’s soul craves meaning much more than it wants to find happiness. Meaning is purpose, it’s knowing your place in this vast cosmos. When a man has meaning in his life, he can conquer anything and endure it all. 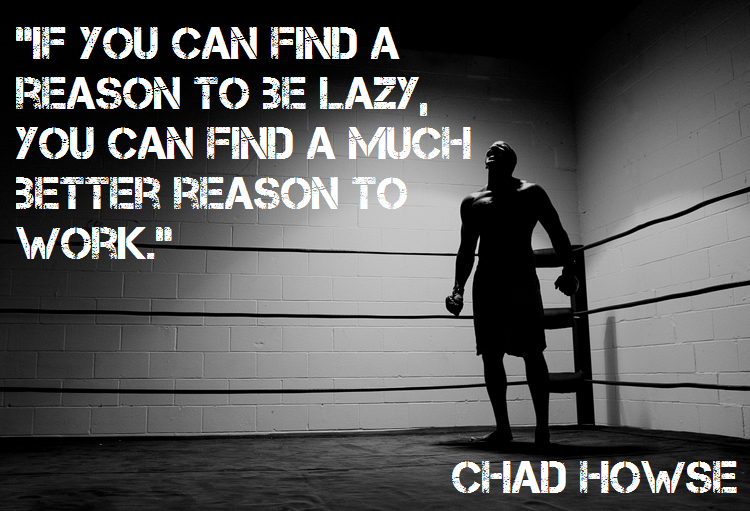 I convince myself daily to be lazy. I come up with reasons and excuses NOT to do the work. I have that weakness, that Resistance, that wants to stay as I am, to stay mediocre because to be great would require a discipline that stands up daily, hourly, and fights.

I convince myself to be lazy, but that doesn’t mean I allow it to be so. This is where the battle begins, when you find reasons to relax, to take it easy on yourself. This is the battle between the weakness and the warrior.

Know where the battle begins and have the courage to fight it! (Try this: How to Have A Great Workout When You’re Lazy as Shite) 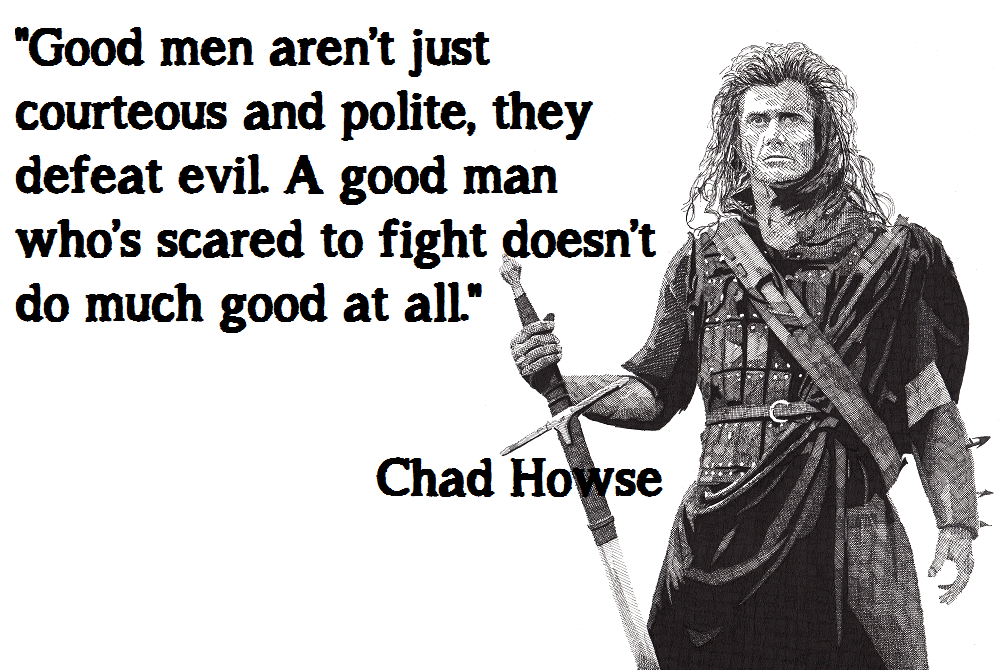 You can’t claim to be “good” and stand idly by while evil runs amuck. You can’t be “good in the heart” but have your actions show none of this goodness. 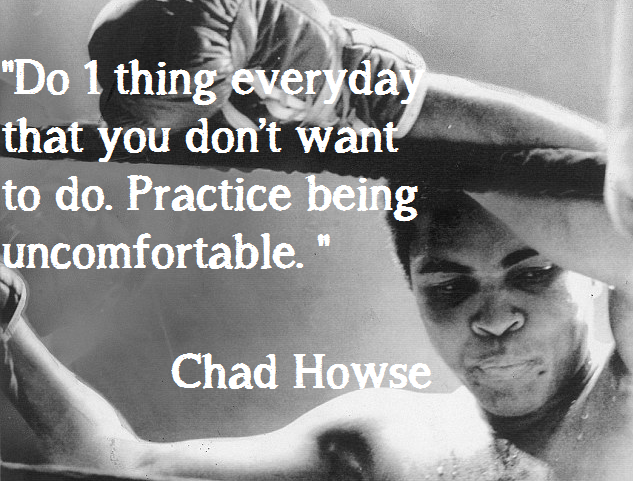 Comfort develops weakness. We get used to ease and it weakens us, both physically and mentally and spiritually.

Do one thing everyday that you hate, that just plain old sucks, and you will become tougher as a result. (Read this: To Become an Alpha Male You Must Seek the Uncomfortable)

Examples:
Cold shower
A tough training routine
Read if you don’t like to read
Run in the rain, in the cold… 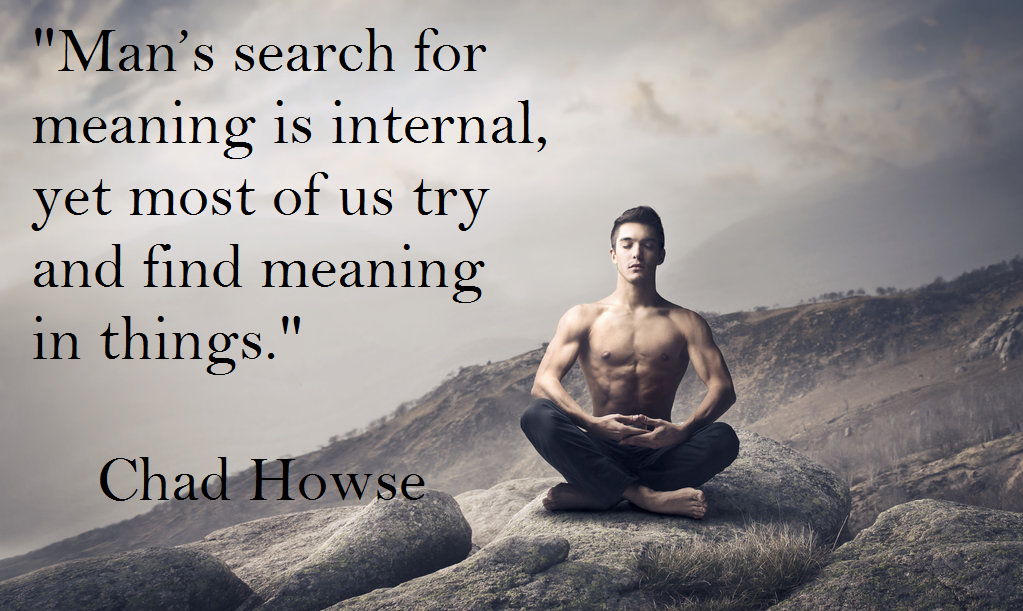 Most surveys that come out about religion cite that those who are in poverty and typically more religious. Some will point to a lack of education as the result. Others have a more insightful approach though…

… When you have money, you have a means to distract yourself. Feeling down? Book a vacation. Feeling sad? Buy something to make you momentarily feel happy.

When you don’t have this means you’re forced to dig deep, to deal with those questions your soul begs of you.

The moral of the story isn’t necessarily to run to the closest religion, but to ask yourself the big questions and to deal with whatever problems you’re dealing with rather than distracting yourself with a “much needed break” from your problems.

Be in them. Deal with them, and not just on a mental level, but a spiritual one. Dig deeper, get tougher. 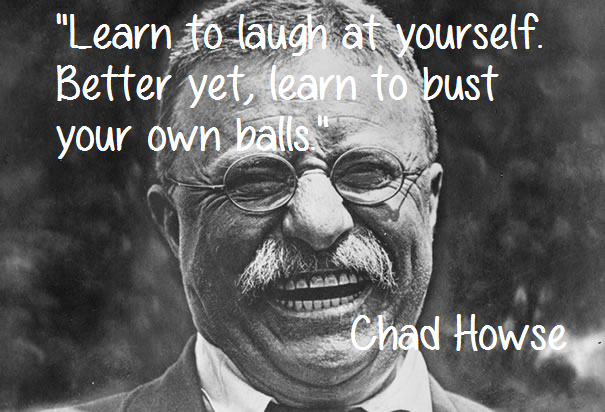 It’s easy to make fun of other people. To poke fun at them, laugh with them or laugh at them. Half of the time guys get together someone is the butt of some joke. It’s awesome. It makes light of our faults, even if those faults are our own physical appearance.

The best guys, though, know how to join in when they’re the butt of a joke. They know how to laugh at themselves, the goofy things they do, the STUPID things they do (we all do them), but also to poke fun at their insecurities. It’s not a defence mechanism, it’s just laughing at things that are, in the end, trivial.

This is a weakness that few ever conquer. We’re quick to defend ourselves or to attack someone else’s faults, but no one knows you better than you, and no one can make fun of you better than you. If you get laughs and add to the laughs, have fun with it…

… And don’t be so sensitive that you take offence to someone busting your balls. Laugh. (Try this: 12 Ways to Be More Confident) 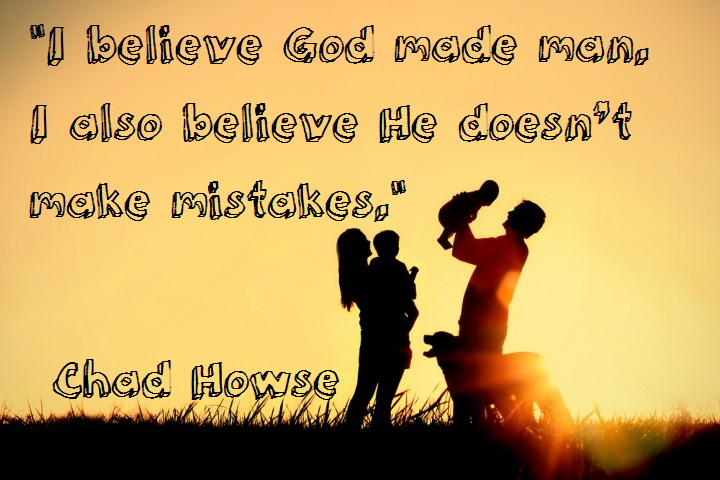 You weren’t a mistake. You aren’t here to take up space. There’s a purpose for your existence, a meaning for your suffering.

You were given this gift of life, and even if you’re not religious in any way, you have to admit that life is a wonderful gift. The challenge is then finding meaning, your purpose, and this is something that you control in its entirety.