What was once a basketball court, a boxing gym, or an ice rink, is now the office and the coffee shop. As I sit here writing this article, not yet aware of where it will lead me, I’m struck with a familiar feeling. It’s quiet. There’s no sound except for some background music turned to low, and the echo of my fingers pounding the keys as if they’d done me wrong.

It’s the same feeling I got as I shot jumpers for hours after practice in high school and college. The keyboard, today, echoes as the ball did, then. Alone I sit, just as I once stood, dripping in sweat, fingers numb, but always able to perform one more dribble, to release one more shot.

The feeling is peace. Nothing else exists but this moment. My mind doesn’t wander, my thoughts stay in the present, on the task, on my craft. With darkness comes quiet, and with quiet comes purpose. 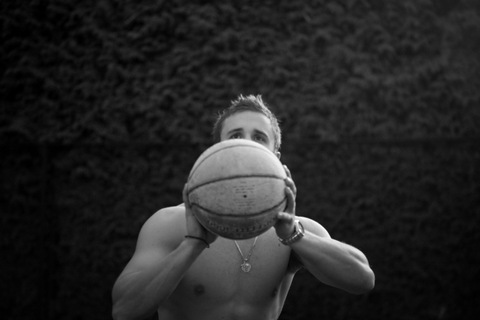 It brings perspective, sure, but more-so a clarity of purpose and vision. I’m here, working, when others have left.

I felt this same clarity in the ring, shadowboxing, my trainer threatening to turn off the lights in an effort to make me leave. I felt this feeling on the ice, as the zamboni driver threatened to run me over if I didn’t get off the ice. But it was the basketball court that absorbed most of my sweat, far more tears, but not as much blood as the ring, of course.

We used to start practice late at night. After the junior varsity team hd finished, it was our turn, as the varsity team, to take the court. I think it was 7:30pm – 9pm. Living 45 minutes from my high school, that meant for a late night as it was, but I wanted more.

After everyone had gone home, I made a deal with the security guard, who was working until the wee hours anyway, to let me shoot for a couple hours after practice, clean up after myself, and leave the place better than it was when I entered.

I shot, dribbled, and sprinted alone after practice, usually with only half of the lights on, which only added to the effect. I’d then have to run to catch the bus home, waking up early the next morning to catch it again, heading back to that basketball gym to shoot, dribble, and dream.

Alone in that gym, my senses seemed heightened. It’s weird to say, but I can’t think of any other way to describe it. I can transport myself back to those moments as if I were still there. The smell of the gym, the feel of the ball, the pain in me knees, the audacity of my dreams.

The more I did, the better I got.

There was, however, something missing in my basketball career that I remedied later when I started fighting.

Basketball was, literally, the most important thing to me on the planet. In high school and in college, it was, sad to say, my god. My happiness hung on my success. The meaning I gave my life was tied far too closely to the game. It was an unhealthy amount of pressure that made me focus on defeat and failure more than on my love for the game – at least when it came time to actually compete. Alone in the gym, it was a whole other story.

When I fought I was a bit older, a tad wiser, and while I still worked my ass off, I was able to enjoy the moment when it came to my fights. I let me skill and tenacity do the talking. I enjoyed the sport, rather than adding unnecessary pressure that took away the enjoyment that I felt when I dribbled and shot in the gym alone, but often failed to create when I brought my skills to a game situation.

When I was playing basketball I suffered from insomnia. I’d go for days without sleeping – or barely sleeping at all. I’d think about the sport, constantly daydreaming about my future, and worrying about my present and past.

I recognized that when I started boxing, probably because it’s a lot easier to find focus in that sport, you have no other choice. If your mind wanders, you get your ass kicked. If my mind wandered in sparring, or I started to worry about stuff, I wouldn’t fight very well, and I’d be reminded to regain my focus by my opponents repeated fists to my midsection or me head.

A few years after boxing, I started this business, and another uphill battle began. Now, however, I’d learned the valuable lesson of hard work from hockey and basketball and boxing. I learned to enjoy the moment from boxing, and to give my hard work the opportunity to pay off.

The office is now my gym, my arena. 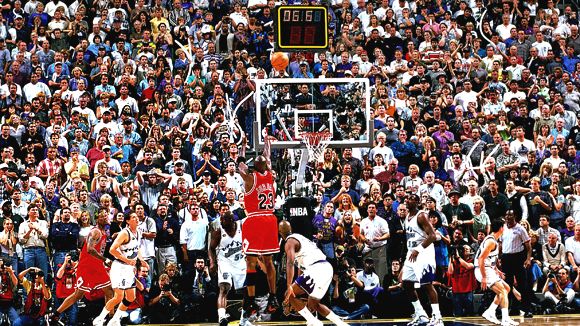 I put more hours into basketball than I had in to boxing, yet I feared failure more on the basketball court than I did in the ring.

How does that make sense?

If I lost in the ring it probably meant that I got beat up, that I got hurt – either physically or my pride, or both. And yet, I didn’t worry about that fact because I knew I’d done all that I could do, and now was the time to let that show.

Michael Jordan never feared failure because he had evidence. His evidence were his purposeful hours spent perfecting his craft in the gym, not his talent.

[Tweet “Talent doesn’t give you true confidence, hard work does.”]

Michael spent his 10,000 hours perfecting his craft, and then some. He’d been through every scenario in his mind, and in the gym, already. He knew how to react. The game was the fun part. 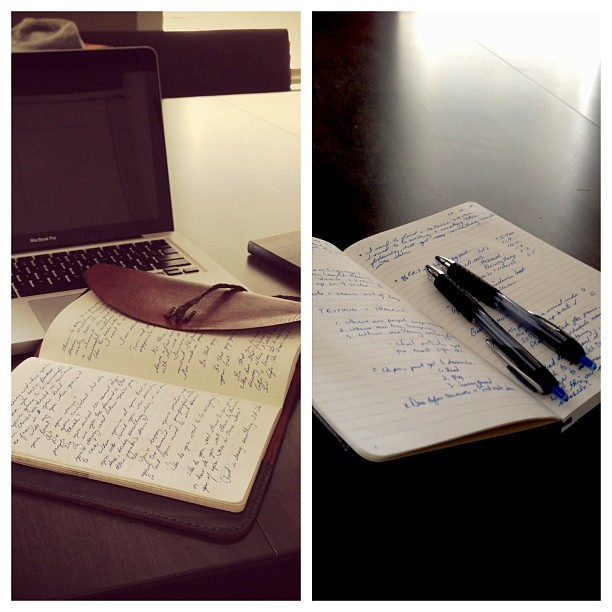 I didn’t really realize this until I fought.

Walking into the ring I was excited, not scared. I wanted to see what would happen. When the first punch was thrown, I was in it. Nothing outside of that ring existed, and that’s how it has to be when you’re working, training, improving.

When you train, train.

There’s no point of being anywhere else than where you are right now, and that’s a lesson I had to learn the hard way with basketball, by failing to go as far as I could have in the sport, and it’s a lesson that I’m sure I’m going to have to learn over and over again before my days are done.

If you want to succeed in life, and if you want to be confident and happy, you need evidence. Faith is good, don’t get me wrong. You have to believe that you can do what you set your mind to, but you also need evidence that it’s possible, and that evidence can only come in the form of your own hard work.

Use your smaller successes to aid you in your bigger moments in life. You’ve succeeded at something difficult before, and you can succeed once again.

So please, work hard. Give your life the respect it deserves by giving your dream all that you have. Be Legendary.