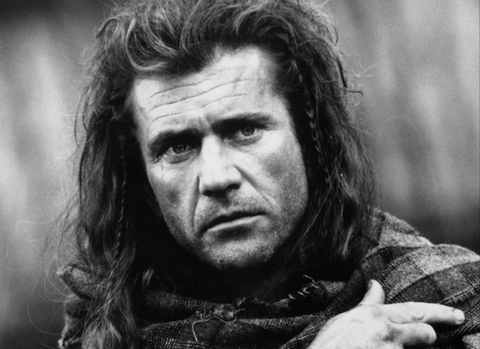 “Every man dies. But not every man really lives.” William Wallace

William Wallace was a warrior. He was a man who not only spoke those words, but lived them. When you look at his story, it isn’t one of constant triumph, comfort, or safety. It’s a life filled with betrayal, pain, suffering, and sacrifice.

He had an incredibly hard and unjust life. But it was a great life. Even though his life wasn’t easy, it was one that was lived in the truest sense of the word. Moments of pain, fear, and uncertainty are often when we feel most alive. It’s where we learn the most and grow the most.

Although we go through periods that seem unbearable, there is always a reason. That is of course, if we choose to find it.

We’re all going to experience our fair share of pain and suffering, that’s just how life is. Instead of wishing we were somewhere else or someone else, appreciate it. Learn from it. And find a purpose to the struggle.

This article identifies 5 tough life situations that many would put in the “curse” column, but I argue that they hold more benefit to us than any triumph or amount of success. Read on to find out why.

The Gift of Losing it All.

“Life is something to be spent. Not saved.” D.H. Lawrence

I have had time’s where I’ve had nothing. Literally nothing. I’m not talking about support, family, or friends because I’m lucky enough to have each. Rather, money and possessions. I’ve had times where my future was very uncertain. My faith in what I was doing and where I was going was shaken, but never defeated.

It’s hard to remember a time in my life where I felt so alive as when my back was completely against the wall. Feeling sorry for myself wasn’t an option. I didn’t have time to dwell, feel sad, or wish things were different. I was pretty close to rock bottom, and up was the only place to go.

Having nothing is a blessing we often refuse to acknowledge. We look outward for support, for an answer, and for someone to save us, rather than looking inward for the strength we didn’t know existed. We blame others for our predicament instead of proving to ourselves and others that we’re greater than we even knew.

Losing everything is a glorious opportunity to find clarity and focus. When you lose everything:

Stop. Identify what is most important to you in life. Then great everything in your life, how you life everyday and what you do everyday to living in accordance with this vision. Get rid of the stuff that isn’t in line with how you want to live your life and what you want to accomplish.

There’s no longer any noise. There’s nothing holding you back. You’ve lost it all, now is your chance to create something new and great.

Here’s an article that will help you find clarity and a mission: How to Set Goals.

How great it is to fail, and fail miserably.

Too many lives are lived in fear of failure. Failure that scares us more than the possibility of succeeding. As Michael Jordan said, You miss 100% of the shots you don’t take. Most people see the possibility of the missed shot more than they see the reward and likelihood of making it. It’s an odd way of thinking if you look at it logically.

If you’ve done the work, preparation, and put in the time perfecting your craft, isn’t it more likely that we’re going to succeed than fail? For the most part a lot of our goals are under our control and yet we fail before we even take the shot.

Another way of perceiving fear, is that it’s actually a blessing. The more important something is to us, the more we fear the possibility of failure. This is where many of us will quit because our desire to avoid losing outweighs our desire to risk it all for a chance at succeeding. Of course, the only people who are going to achieve something great are those who’s desire for success outweighs their fear of failing.

Failing can be a great teacher, it can also be a great motivator. Michael Jordan’s road to greatness started when he was cut from the varsity basketball team in high school. Abraham Lincoln lost elections to become state legislator, and Senator twice, but went on to become one of America’s greatest Presidents.

Much more is learned in failure than in success. In most great stories you’ll see a long list of failures that lead to a great success. Failure shapes how we think, our resilience, and it gives us character. Embrace it’s possibility but never let it hold you back. It can be the spark that ignites your journey to greatness.

The Exhilaration of Fear.

We put fear and danger in the same category. We speak of them in the same breath, staying away from the things we’re afraid of because we perceive them as being dangerous.

The reality: fear should be our guage to move ahead. We’re naturally programed to fear things like change, risk, and the unknown, but those are the things that will give us the greatest growth, happiness and success. Those are our greatest opportunities to truly feel alive.

The fear of losing should excite us. Fear’s a gift, it’s not a curse.

If something scares you think about why you feel this way. What’s bringing this feeling of fear and what’s holding you back from moving forward? Move ahead with a plan and in a smart way, but let go of the reigns and attack your fear, don’t let it dictate who you are or how you live.

Live life like you’re creating a masterpiece. Document it. Take pictures. Keep a journal. Watch this masterpiece come to life before your eyes and leave a Legacy that you can be proud of.

In the end is it such a bad thing if we only have our memories? I’d rather die with an empty bank account and a brain filled with glorious memories than a filled bank account and no life to show for it.

Death: the creator of urgency and appreciation.

You are going to die. It’s something that we very rarely think about, but we should. Not necessarily the fear of death, but the fear of wasting our life.

When I was fighting I didn’t fear getting hurt, but I did fear losing. I feared that I didn’t do enough, or that all of this work I had done might go to waste with a loss. Too many of us fear life. We fear making big decisions or setting audacious goals instead of fearing the opposite. Imagine if you found out that you were going to die tomorrow. No longer would you fear making the wrong decision or risking it all. You’d die to have one more chance to risk everything and truly go for everything you ever wanted out of life.

Death is a wonderful gift. Without it there would be no urgency. There would be no appreciation for what we have. We’d take every single thing in our life for granted – which is a terrible tragedy. Don’t fear life. Life is the gift. But so is death. Fear that you’re going to waste it by not risking, living, working hard enough, travelling enough, or laughing enough.

This is a healthy fear that will allow you to think much more clearly about what you want in this one life.

It doesn’t make sense that we don’t live like we’re dying, because we are. Everyday we’re getting closer and closer to death. It’s a great feeling. We should be living with urgency, with pep in our step, and with some damn balls!

Safety, oddly enough, doesn’t really feel like much of a blessing. I mean, we seem happy when we have a ‘safe’ life. But safety breeds laziness. When an empire feels safe, it’s usually vulnerable to attack. Adversity on the other hand, is a chance to prove ourselves. It’s a chance to grow, to learn more about ourselves, to risk, and become stronger.

We complain over and over again when we’re in the midst of it. “When it rains it pours. Why does this shit always happen to me?” Yes, it sucks sometimes, but there’s a reason for it. It wouldn’t feel like much of an accomplishment if it were simply given to us.

As many as 1 in 3 lottery winners in the US will go bankrupt within 5 years. Why? Yes, they didn’t develop the financial literacy or responsibility that most ‘rich people’ develop on their rise to success. But they also didn’t earn it. It’s not theirs. It’s not really real.

True success requires some kind of adversity. I’ve never heard of a success story, or a story of a great man who didn’t face any adversity in his life. If you hear of one, let me know. I think it’ll be the first in the history of the planet.

Learn to appreciate the struggle. Find meaning in your suffering. Yes, find a way out, but don’t always look to the future, some of the best times of our life occur in the face of adversity.