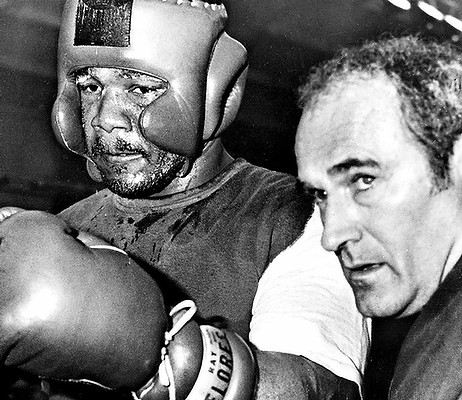 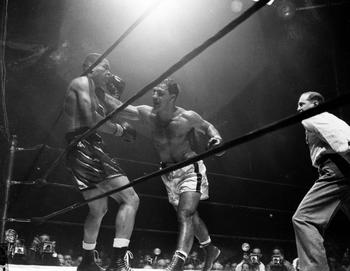 Some say power is something you’re born with and can’t be developed – a statement that I agree with, partially…

There are definitely people who are born with amazing knockout power. Guys like George Foreman, Sonny Liston and Rocky Marciano were blessed with amazing punching power and didn’t need to develop it with any special training. Babe Ruth had pure, natural power, so did Bobby Hull and Lou Gehrig.

But power isn’t something you have to be born with in spades, it can be developed from mediocrity to something more. I think you have to have the capacity to develop it, you have to be athletic to some degree if you want jaw breaking power, but even if you’re not the most athletic guy in the world, you can develop your power to a much more effective point than it is now.

Where does power come from?

Power doesn’t start where it ends. That means that a punch ends with your arms and fist, but you have to go to the beginning to find that source, and then develop it from there. Power – both in a punching, shooting, hitting, and swinging standpoint – originates from our legs and hips.

Neither one or the other – hips or legs – have more to do with effective punching power, but when both are developed properly the effects can be awesome.

So does that mean that someone who’s heavier is going to have an advantage? Well yes, but someone who’s faster is also going to have an advantage. To develop your power within a weight class you have to improve your speed while under increasing degrees of stress. For example, if you’re doing a push press exercise, doing a slow and heavy rep isn’t the best way to improve power, but neither is doing a fast light rep. You want to continually increase the weight you’re using, but also the speed at which you’re performing the rep.

Finding that balance is important.

1. You have to add weight to your exercises

You’re not going to improve your punching power if you’re not getting stronger. If you’re not adding weight to your deadlift for example, you’re not improving your one punch power.

Don’t spend all of your time trying to get a bigger bench press or add weight to your biceps curls. Olympic lifts and the different variations of each lift are the best exercises for improving athletic power throughout your body.

Speed is important in these lifts. Sometimes its not how high your can get the weight, but how fast you can get it up then get back underneath it once it’s at around shoulder level. Adding Olympic lifts into your routine will help you boost power when coupled with some more specific exercises depending on what exactly you’re looking for – KO power, home run power etc…

3. It’s not all about lifting weights

Plyometrics are a great way to improve power. With exercises like box jumps, its not about adding weight but improving the distance or height that you can jump. Think about adding a weighted vest to your plyometrics routine as well just to get that extra bit of resistance.

4. Get in better shape

Carrying around less “useless weight” such as fat will result in improved speed. Improved lung capacity and muscular endurance will help your power last more than just a few minutes. Most knockouts occur in the latter rounds of a fight, one punch knockout is great, and is technically what you’re training for, but it’s important to have a backup plan as well.

5. Focus on the transfer of weight

I’ve gone over different techniques that will improve overall power, but if we’re talking about knockout power you have to focus on the actual punch. Take a look at Rocky Marciano when he throws punches, he puts his whole body into each and every punch he throws. Now, we’re not all Rocky Marciano‘s and committing to every punch like that can leave you gassed and open to take some shots yourself. But at least try transferring weight like he does.

On your cross for example, having more weight on your back foot, allows you to then push off and transfer weight to your front foot. It’s in that weight transfer where much of your power is going to come from. The same can be said for swinging a baseball bat or even a golf club.