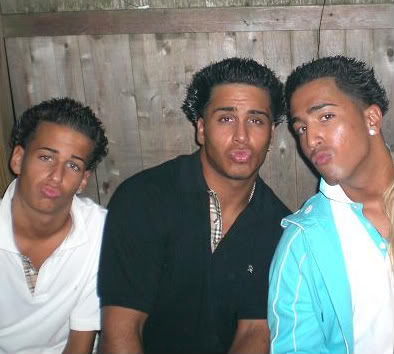 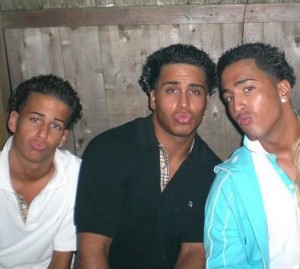 Douchebagitis is a disease that’s been attacking gyms for years now.

It seems like there’s an even greater influx of these douchebagitis carriers around summer as the beach season is in full effect.

I’ve even seen guys who have caught the disease blow kisses to themselves in the mirror!

Well, I’m all for appreciating yourself and what you’ve accomplished but there is such thing as going overboard. I’m also all for enjoying your workout, but you’re not going to get anything accomplished if you’ve got your phone in one hand, while doing curls with the other.

I also realize there’s a lot of testosterone floating around in a gym, but since when did it become customary to stare people down while you’re working out?

I was at a gym today, some kid starts mean mugging me, then walks up to the heavy bag and starts unloading on it!

But this is exactly how douchebagitis attacks the system. It puts people, mainly of the male sex, into their own little world. This guy clearly hasn’t boxed or fought a day in his life but I guess he somehow thought that punching the bag like a little grade school girl would intimidate other people in the gym. Go figure?

Douchebagitis is a unique disease that makes guys oblivious to what’s going on around them. It makes them feel like the gym is a place where ILS (Imaginary Lat Syndrome – a condition where an individual believes that they have to hold their arms out wider than normal due to there huge lattisimus dorsi muscles, which are of course not actually there) is a prerequisite. It makes them think that steroids are the be all end all and rest between sets should be no shorter than 5 minutes.

No one knows the actual reason as to why these douchebagitis carriers are working out in the first place. They don’t spend a whole lot of time actually working. The gym is more of a place for socializing for them. The sheer number of mirrors seems to be attracting them, much like bears to honey.

There are a great number of people at the gym, working their butt off, who leave their phones in the car or in their jackets, who smile when they walk by another person and take their time at the gym as an opportunity to train rather than talk. However, these carriers of douchebagitis are growing in numbers.

So do your part and stay focused!

Go to the gym and work hard! Be proud of what you accomplish because you’ve worked hard to get there.