I always hear people defending others by saying, He has a good heart. That means nothing, it’s our actions that are to be judged. To have a “good heart” is great, but a good heart is nothing but a compass. To where you’re going gives you a leg up on the rest of those who don’t, but it’s utterly useless if you don’t go where you know you should be going.

Know what you want in life, be bold, and take action. This is the way of masculinity.

Be In Your Own World

Masculinity isn’t just knowing what you want, it’s knowing what you want and not caring what others think. Developing this confidence and originality is an important step in a man’s life. Most of the decisions we naturally make in life come with baggage; we want to do something because of how it may impress someone, or we do it because of the influence of another.

We may ask ourselves, What would so and so do? Young men often act to impress a young lady, or their actions are in such a way as to impress young ladies in general. Masculinity is the way of the original. A real man is someone others want to be like, not a man who wants to be like others.

Here’s the problem with this line of thinking though: so many people in the world are trying so hard to be “unique”, and to “find themselves” that they just end up doing weird shit. They move into a group of people that are trying, not being. They have a view of what’s “normal” in society, and they simply do the opposite because they feel that that is what being unique and original is. It isn’t. To be an original you can’t be opposing anything, you just have to walk your own path and do so not at the behest of someone, nor at the influence of others.

A masculine male doesn’t find himself, he creates himself! He doesn’t try to be an original, that’s a fruitless battle. The act of trying defeats the journey and the purpose. A real man just is. He is himself. To be yourself you need clarity. You need to remove the noise and the parts of you that are being influenced by others.

At some point in our lives we walk a path that is in opposition of our Self. It opposes who we are, what we want, and what we value. I’ve walked this path; it was a journey I had to take to create the man I am today, the man who has the self-awareness to determine when I’m being me, from when I’m not.

To create ourselves we need to find balance; a balance of being around people and interacting with them. It’s often difficult to be ourselves when others are around, we’re always trying to impress other people, whether we’d like to admit it or not. But we also need to be alone often – this is something missing from today’s society.

Find clarity by being alone in silence. Start your day in silence, go for walks and be in nature as much as possible. I’ve talked to many people who hate silence. They hate where their minds go when they’re in silence. Silence is deafening; good. It should be. There’s so much noise in our lives that we fear silence, we fear being alone. When we’re alone and in silence, we find clarity, yes, but we also experience growth and strength. True strength is silent, it isn’t loud.

The weakest one in the room is always the loudest.

The way of the masculine male is the way of writing your own life’s script, of forging your own path, and creating your own legacy. We are influenced by others, by books, by our teachers in life, that’s inevitable. Let these influences help you create you. Help them shape the real man you are. Don’t merely follow others and their teachings, but take bits and pieces from what they’ve done and taught and help these pieces become the foundation of the masculine original that is you.

Stand up for the Little Guy 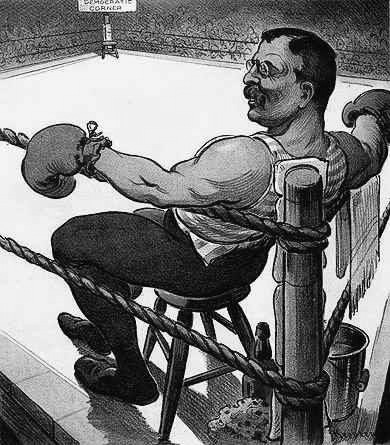 A masculine male is a father figure, no matter who he’s amongst or where he is. People look to him for guidance, and in some way, for protection. He takes care of the little guy. He stands up for those who can’t stand for themselves, and he goes to bat for people.

Real men make many, many mistakes, but they also own up to them. You know that you can depend on a real man, that he has your back in a fight, or when times get tough. He’s a man of honor. Even his enemies respect him.

He’s the guy that won’t hit you when your down, even if you spit in his face. He’s the guy who won’t forsake his values and morals even though the world around him has completely discarded theirs. He is who he is through thick and thin, in times of success and times of tribulation. They say that success makes you fat; this isn’t so for the masculine male. He values hard work, and that doesn’t change. He values honesty, and remains honest even though it’s easier to be dishonest. He doesn’t compromise the lives or livelihood of others for his own gain.

A masculine male lives with honor. He takes pride in the man he’s creating, becoming, and the man he is.

The way of the masculine male is rooted in internal strength, and compounded by external strength. He’s the house made of brick, built on a firm foundation, that’s the only house left standing after the storm. He’s bold, assertive, and he takes action while others stand in contemplation, and frozen by fear. Masculinity is in our essence, it isn’t a list of things we can do, it’s who we are.

Be bold. Be strong. Be a warrior. Be the man who others are proud to have as a friend, who want to have by their side in times of tribulation. You have that man within you, he’s in your DNA, you just have to chip away at the weakness that has clouded your strength. You have to get back in touch with what you really want in life, and who you really are. Be that man, please. The world needs more real men; they’re a fleeting, dying breed. To fail to heed this call would mean death: a life lived as a shadow of who you can be and should be. Take courage, do what others are afraid to do, live how others are afraid to live, do the hard thing, the honorable thing, the masculine thing, this is what it means to man up.