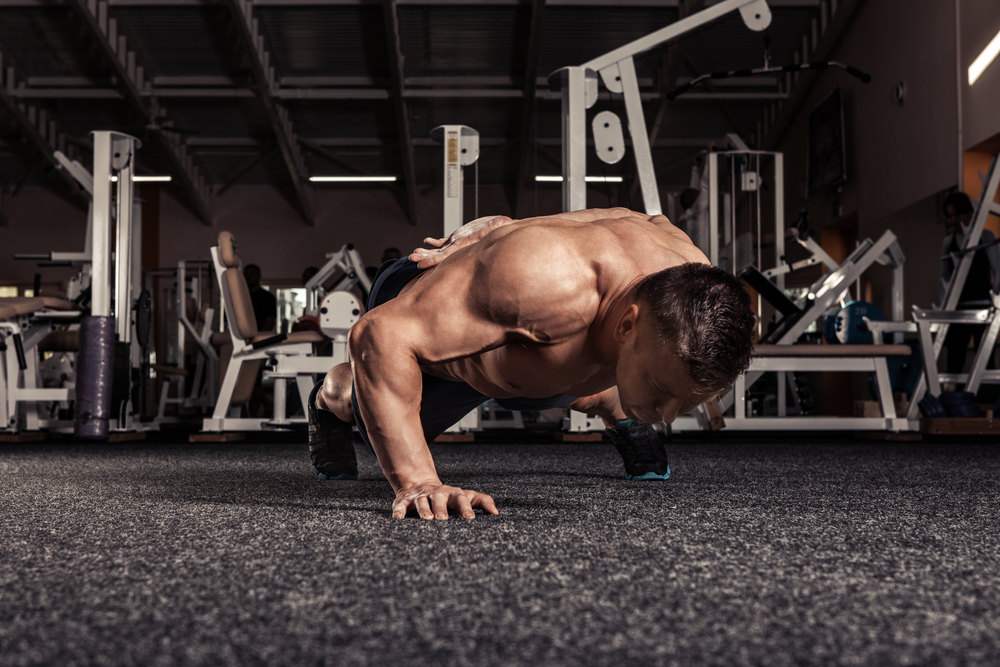 Not everyone wants to be the best…

But it’s a man’s duty to be his best…

Being ‘his’ best, however, is likely something the world has never seen.

We’ve never seen a man truly live out his potential.

Some have come close…

Maybe a Musk or Teddy Roosevelt, men who work tirelessly for some unknown reason, whose motion never ceases and whose ideas of what’s possible never shrink.

Or a Napoleon, who saw not with a tinge of fear but always acted with power.

One story is that Napoleon would visit soldiers stricken with the plague. He’d talk to them, touch them, even when doctors wouldn’t go near them.

The thought of illness was something he wouldn’t even entertain, fear wasn’t in his mental vocabulary.

There are countless other examples of men who’ve started with less than nothing and transformed the world with their action, ambition, and daring.

What you achieve is up to you.

And it all rests on momentum…

Momentum created today and carried on to tomorrow.

The simple act of being better than you were yesterday, carried out over decades, inevitably yields greatness.

The offshoot effects, the improvement of the lives of your family, their friends, by connection, and anyone else you know, reverberates throughout the world having a real impact.

It comes and goes like the weather, which is why it shouldn’t be relied on.

If you look at a guy like Darwin, who never saw a healthy day in his life, he worked tirelessly, doing the work of 10 men in 10 lifetimes, not allowing illness or a lack of energy stand in his way…

And yet when we get sick it’s game over.

If I’m tired, good luck getting the work done…

Our failure to stay supremely motivated comes from a few sources…

1. We focus too much on the long term, the future.

2. We compare our race/lives to those of others.

3. We focus too much on the past, on mistakes.

4. We prove ourselves unworthy to ourselves by not doing as we planned.

Yet we look at our lives in their entirety, like we have forever to finish this marathon, or that it’s too daunting to even try. So we don’t.

Instead of breaking life up into thousands of little 100m races, we get defeated by the scope of eternity.

Forget about the ultramarathon and focus on the sprints.

And this race is a race of one.

Another way to look at it is as a series of games, because that’s what life is.

But this isn’t a collaborative game, though it can be in parts. This is a fight, a boxing match where you face who you were yesterday.

No one shares your DNA, your past experiences, your environment, so you can’t compare how well you play the game to where someone else is in the game – and the game could be the wealth game, the business game, the family game, the wisdom game, whatever.

This is a single player game, life that is, that you win by being better than you were yesterday.

Part of being better than you were yesterday is releasing the past, both the positive and the negative.

Use it to learn, but don’t think you’re doomed to be who you were, that’s a choice. Don’t hold on to past mistakes, no matter how impactful, because they have nothing to do with the present.

Don’t hold on to past achievements, because they’re no longer real, except for the fact that you’ve proven to yourself that you can win.

Do the best thing you can possibly do right now, that’s living.

Finally, we kill our motivation by doing moral wrongs.

Morality isn’t so much about society, but about your relationship with yourself.

When you do things that bring you shame, things you think are morally wrong, you kill any chance for greatness.

Doing everything you planned to do and nothing that you planned not to do even in a single day is POWERFUL.

You hold your head higher. You aim higher because you have just a little more confidence in yourself that you’ll follow through.

It doesn’t matter what you’re faced with…

Bad health, bad surroundings, bad relationships, a bad boss, a bad girlfriend, whatever, you can either change those things or make them inconsequential.

Life doesn’t kill your motivation, you do.

Those 4 things are the killers of motivation, and for the most part, they’re viewpoints, thoughts, conversations we have with ourselves.

Keep those 4 killers in mind.

Write them down. Commit to not falling in their grasp.

Stay in the moment.

Play the games you want to play.

Do the very best thing you can be doing right now.

Broken into these games, life becomes simpler, decisions become clearer, and you can become greater.

Make this the best day of your life.