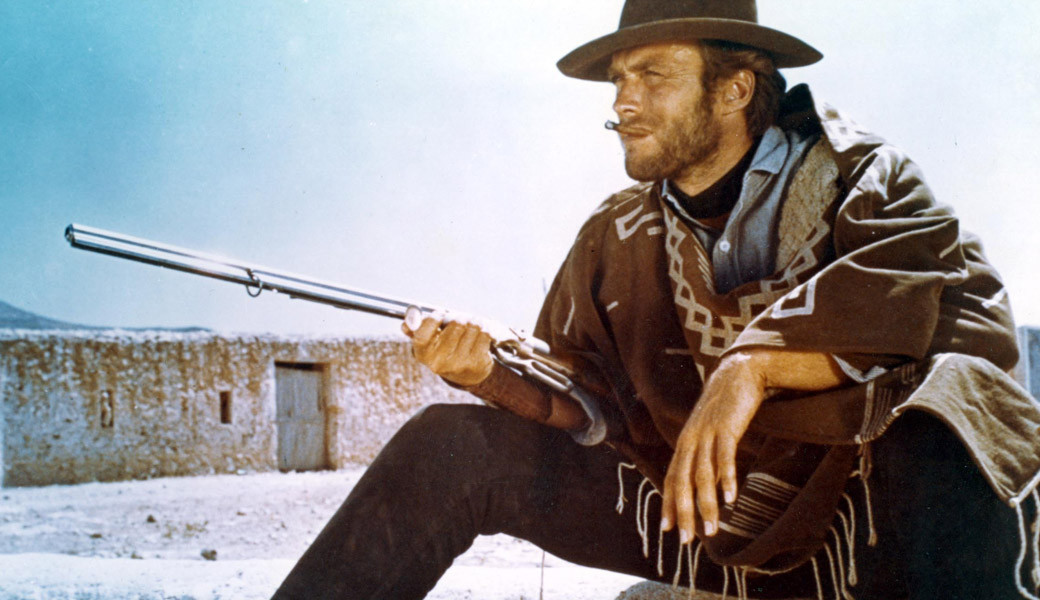 Toughness isn’t a characteristic that’s all that common with today’s modern, emasculated male. You’re different, though, and that’s an important thing to identify, realize, and take pride in. While the rest of the world seeks ease, you want to make life tougher on yourself. While other men buck responsibilities, you acquire more. (Listen to This: How to Be a Tough Son-Of-A-Bitch)

Toughness is earned by making your own life just a little more uncomfortable. You need toughness because the shit will hit the fan, and while that other fella sought ease and is not ill-prepared, you’re equipped with the grit that will allow you to climb out of the darkness. 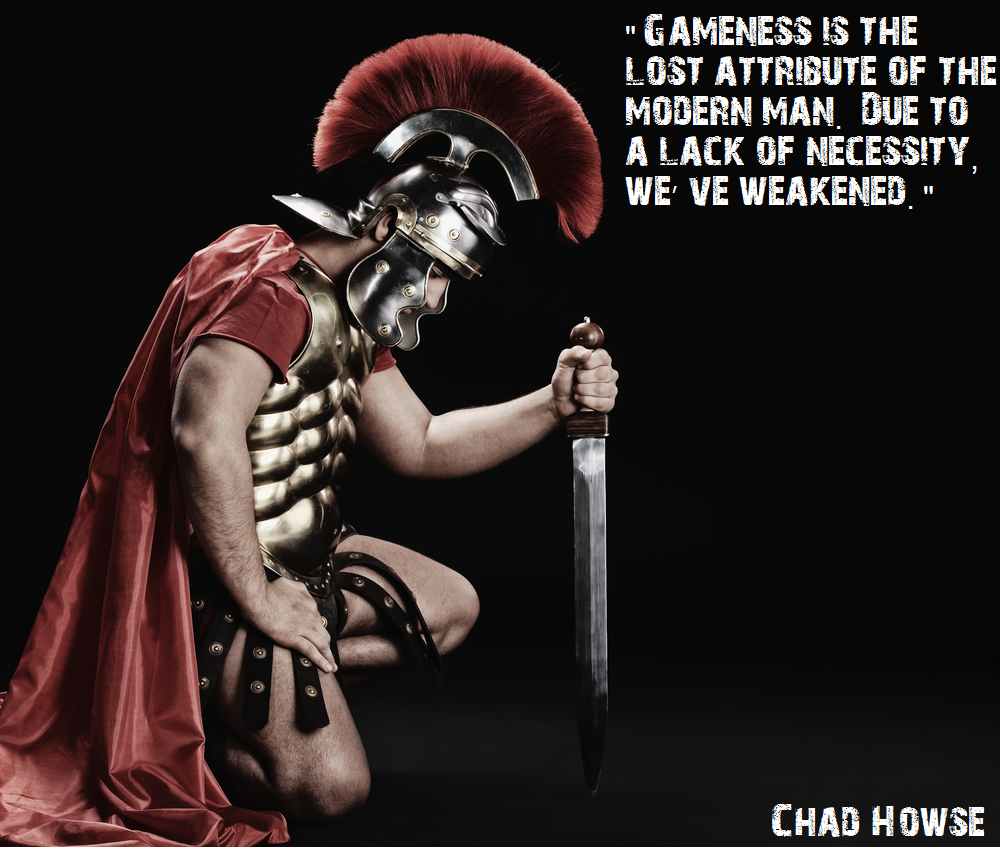 Gameness is the lost attribute of the modern man. Due to a lack of necessity, we’ve weakened.

Gameness, way back when we hunted and defended and conquered in small tribes, saw which men would stand and fight and which would flee. Those who’d flee were of little use, those who stood and fought and hunted and defended, would also breed. And breed more men who were gifted with gameness.

Gameness is something we’ve lost in a society where the only danger from the elements or wilderness we cross on a regular basis comes from games or the movies.

Of my many faults today and when I was growing up, gameness was one that would have benefited me more in past times and will benefit me when the shit hits the fan.

Gameness is a measure of manliness. (Read This: Grit & Gameness: How to Be Good at Being a Man)

Those who shy away from conflict because of fear must be defended, they’re not fit to defend. 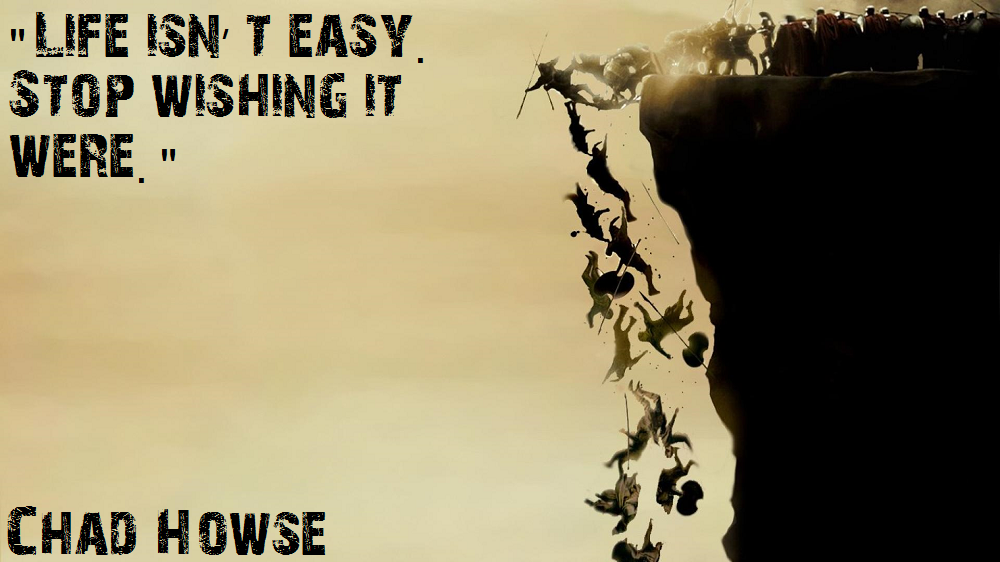 It’s hardship that we all face in life – some more than others – that give us the opportunity to become tougher. 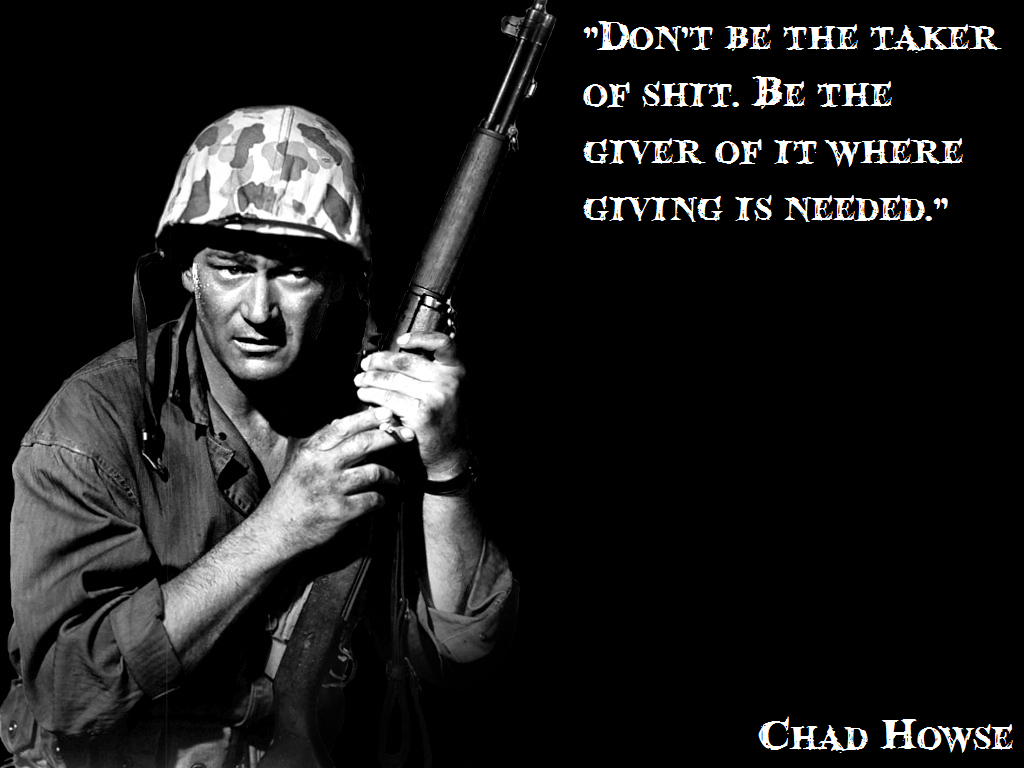 Don’t be the taker of shit. Be the giver of it where giving is needed.

Worry about the consequences later.

Doing the right thing doesn’t mean you’re going to live an easy life. Things may actually be worse because of it. But you’re a man, and a man’s gotta do what a man’s gotta do. (Read This: How to Acquire the Virtues of Manliness)

A man’s gotta stand by his values through good and bad and outcomes should not dictate whether or not he stands by them. 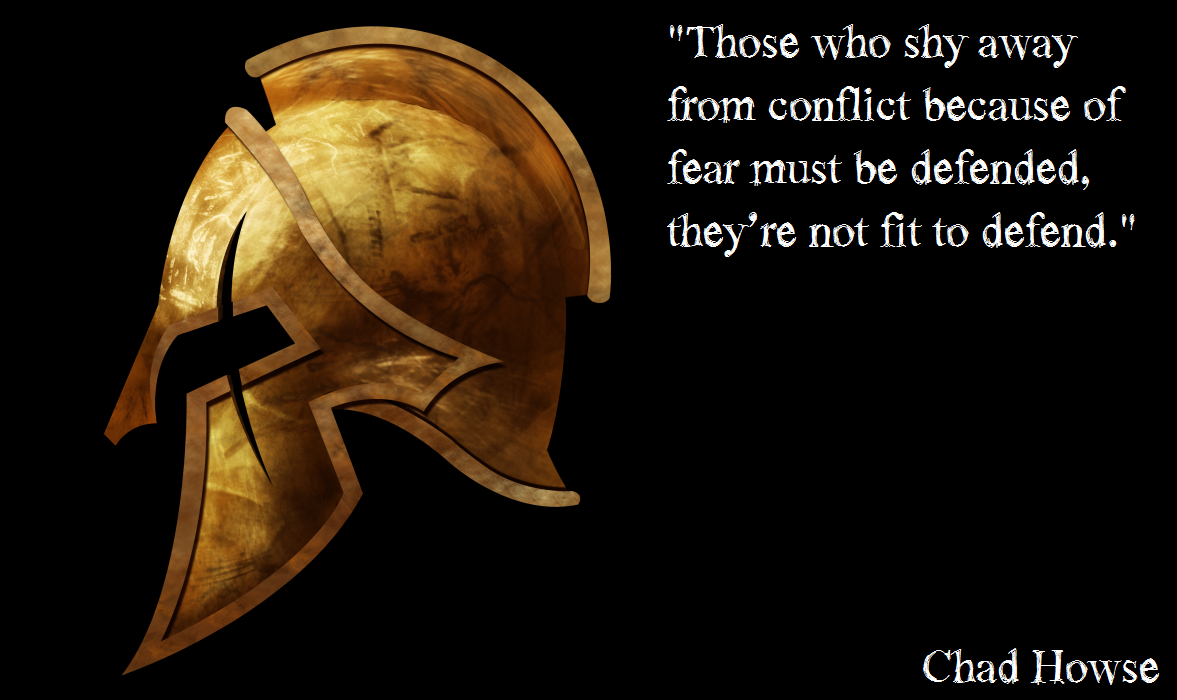 Those who shy away from conflict because of fear must be defended; they’re not fit to defend.

We have people in our society that want peace but they’re unwilling to fight for it, or stand for what is right in their own lives.

Make no mistake, life is simpler than we allow it to be. There is right and there is wrong. Evil must be defeated in order for good to thrive. 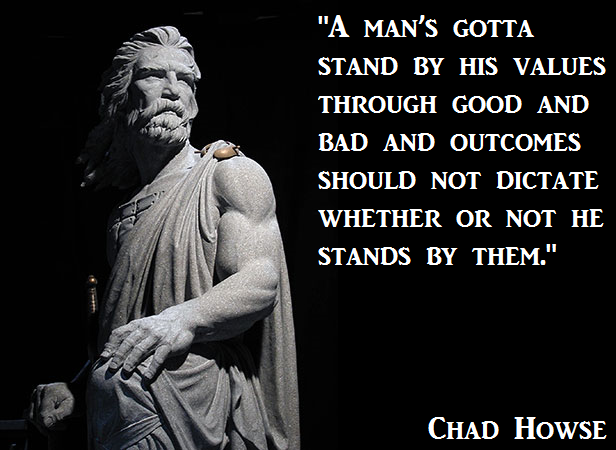 A man’s gotta stand by his values through good and bad, and outcomes should not dictate whether or not he stands by them.

Standing for and by your values should not be predicated on whether or not they make your life easier or not.

A lot of the time standing for good won’t make your life easier. It’ll throw you into a battle against the spineless masses who stand for nothing.

That’s a battle that every man must be willing to fight. 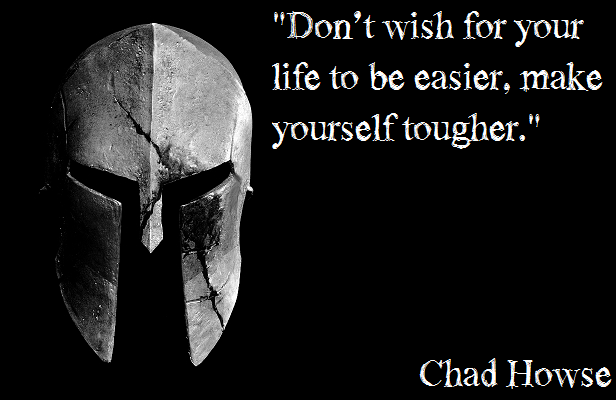 By wanting accomplishment, and not the things attached to it, you understand that you’re going to have to work.

By wanting only the things that accomplishment can bring, you’re wishing for an object without attaching the understanding that work must precede its acquiring. 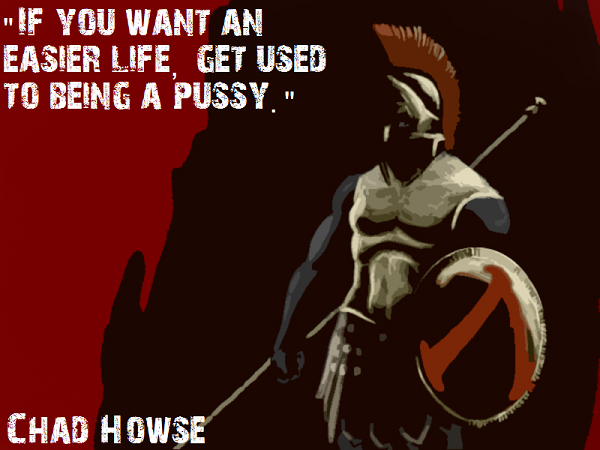 If ease is all you want in life, get used to being a downright pussy. (Read This: You Know If You’re a Pussy If…)

That is, get used to giving up and fleeing responsibility.

Get used to being a victim.

Get used to hating people who work and envying what they’ve accomplished.

If purpose is what you desire, get used to going through hardship continually in your life, but becoming tougher because of it. 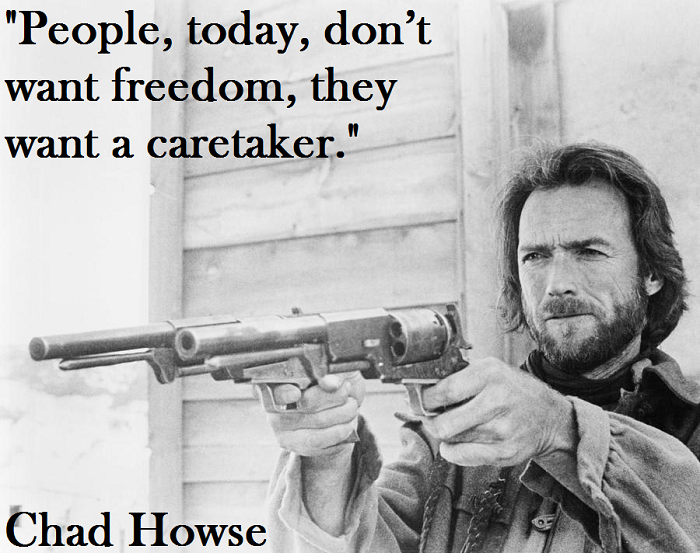 People, today, don’t want freedom, they want a caretaker. (Listen to this: How We’re Losing Our Freedom)

People throughout history have fought against tyranny because of that innate human desire to be free.

They died in its pursuit.

Today, we welcome tyranny. We welcome the nanny state that takes care of us and keeps us in a constant state of mediocrity.

Why would you want responsibility over your future when you can have someone else’s work ensure its safety? 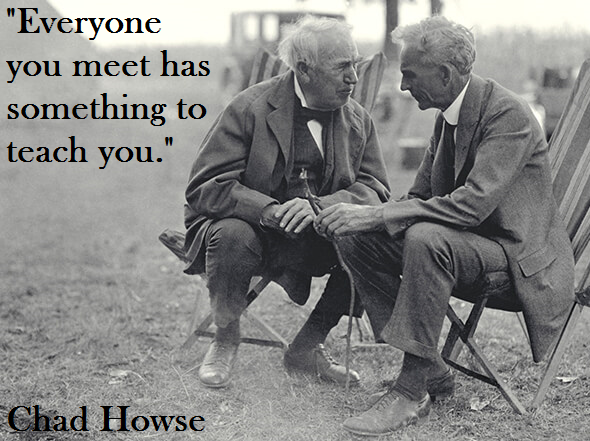 Everyone you meet has something to teach you.

Go into each meeting with a human, especially the spontaneous ones, with an open mind and curiosity.

Everyone, no matter what judgments you have about them upon that first handshake, can teach you something valuable about life.

More Man Up Monday: Get Your Priorities Straight