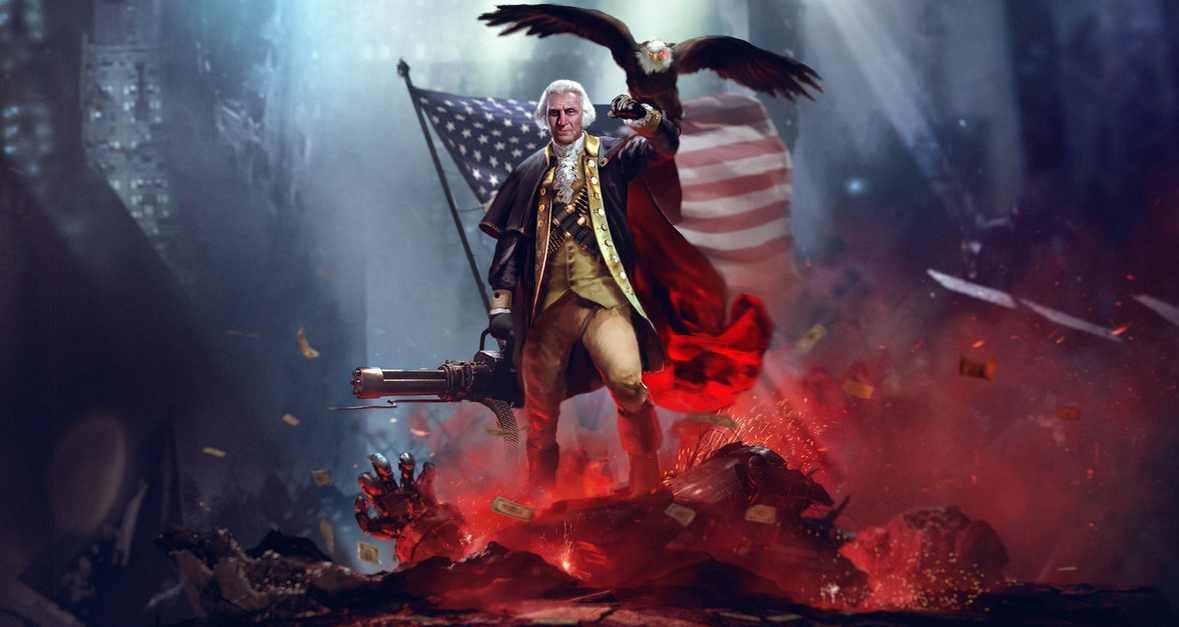 “Over-sentimentality, over-softness, in fact washiness and mushiness are the great dangers of this age and of this people. Unless we keep the barbarian virtues, gaining the civilized ones will be of little avail.” – Theodore Roosevelt

Today is the day that Americans celebrate their independence from tyranny. It’s a day not only to celebrate what was, then, the first truly free society, one created by the people and for the people, but the values and virtues that bore it.

It was borne from war, from strength, from a spirit that has made the world a better place. It’s these same virtues that it, and the rest of the world have diverged from.

It’s eerie how relevant Mr. Roosevelt’s words are to our society today, which is somewhat comforting. The struggles he saw gripping his homeland are the same struggles we see gripping ours.

An over-sensitivity, a political correctness run a muck, and an over-softness has flourished, grown and spread like a cancer, and we’re letting it happen. It was men like TR that put it to a halt, that saw the rugged virtues that literally built a nation as virtues that cannot be lost, and must not be forgotten.

I am seeing how ease and the easy way or option has popped up in every facet of life. We can keep up our social relationships from within the confines of our bedroom, in our underwear, never seeing the day’s light, nor the humans face.

We can go to school from the same perch, meet women, “have sex”, all without having to get up and get out of our comfort zones, or to feel pain.

I compare myself – something no one should do but it can be of some use – to Alexander (and not because I am worthy of such a comparison, but because he had everything, yet still forced hardship upon himself). He had everything he needed at a bacon’s call, yet he bathed in frigid waters, rode for days on end, trained all day, everyday. He practiced toughness because there were worlds to conquer and enemies at the gate wanting to conquer him.

For him, it was glory that drove him, not material things. He gave much of those things away to his men, yet his thirst for glory was never quenched.

We have become a soft people.

On this, the day where America won its independence, remember the virtues that gave the Scots their freedom. Remember the strength that gave India theirs.

Freedom has always been won with honor, courage, selflessness, and valor.

Once it has been won, in almost every instance, those values have been lost and the weakness that Theodore Roosevelt talked about in the opening quote have squeaked in like a cancer and latched on to the greatness that once was and sucked it dry.

Your job, as a man, is to keep those virtues alive.

It’s your job to end this emasculation of men with you, and your son. It’s your job to force hardship upon yourself even though you could easily sit back and live your life from behind a laptop or in your 9-5, never really pushing yourself to become anything more than who you are.

It’s your job to quell the pussification, to call out the political correctness and the over-sensitivity that is ruining all of our lands and live as a man, a badass, a man after glory, not after the things that the masses aspire to have, to show others what they have acquired.

Our lives have been reduced to a show and tell. Live your life on virtues and principles that you deem important, and live them for you, for your God, for your family. Don’t live them for your neighbor, to show on the social medias, to parade around as a self-proclaimed ideal.

Practice being a man, first, then become gentle. It’s only from a place of toughness that gentleness can become a virtue. The soft man who acts soft is doing nothing great. The rough and rugged man who tends to his neighbors needs first, before his, in kindness and goodness is doing it from a place of strength, a place that won the freedom that we take for granted daily.

Honor your nation, wherever you live, by being as the men were who won its freedom.