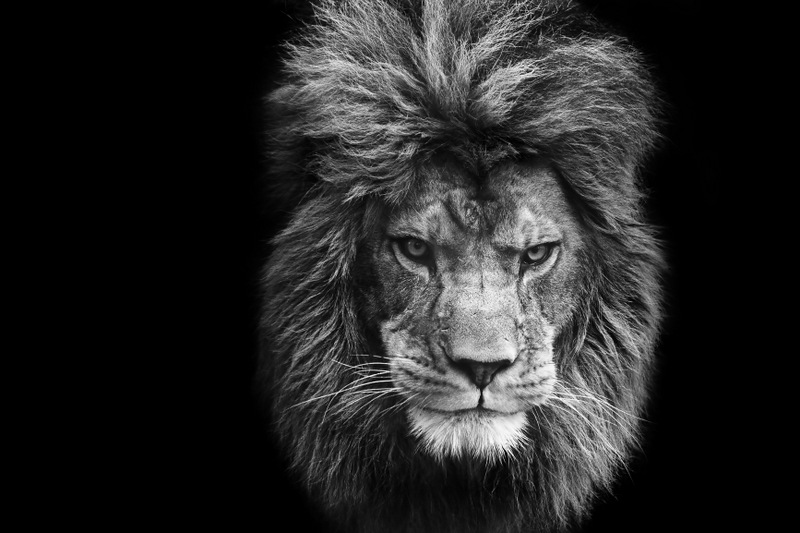 It isn’t motivation you need, it’s hunger. It’s not inspiration or passion, but hunger. Some are hungry for success and for improvement no matter how successful they get because they’re also worried that they’re losing this hunger, constantly. It’s fear of complacency that drives them as much as a desire for greatness.

It may be innate, but it can also be developed, this fear of regression, this hunger.

You develop it through risk.

If you’ve ever risked something, say, starting a business, putting yourself out on a limb and in the hole and have clawed your way up from the depths to a place where you could rest and your laurels in comfort, you’ll know that there’s no such thing as comfort. You’ll know that sting of having nothing and that fear of returning to that place you once were, worrying about every dollar and not knowing where the next would come from and if it would come at all. No matter how much you have and make and gain, that fear remains if you feed it, and you should feed it.

It shapes how you look at money, never wasting it. You don’t toss it away like someone born with wealth might or blindly give it away, you make sure it goes to where it will be used to help others stand on their feet not simply passing your hard earned dollars to another because you know how hard it was to earn those dollars. You put most of it back into your business to keep it growing and you growing. It’s like you’re running a race that never ends with the reaper at your back always coming within inches of claiming his next victim.

Many will look at this fear or this hunger as unhealthy but it isn’t, it can’t be if improvement is the result. It’s healthy because it spurs action in a world at a time and state of inaction. Instead of resting, you write. Instead of relaxing, you hustle. It’s these people that are constantly hungry that shape the world. It’s these people that take more risks, that don’t fear death because they’ve been there, they’ve shaken hands with the reaper knowing that if they stop, even for a moment, that could be it. That moment of stagnation could be their last. It could mean them descending back to the depths that they worked so hard to rise above.

Don’t search the internet for the latest tips on motivation and inspiration and passion. It’s frivolous and fleeting. It doesn’t exist to help you it exists to make you feel good for a moment then plunge back into the self-imposed obscurity that claims the masses as its companions.

Don’t seek motivation. Those who tell you that they can motivate you can’t for as long you need it. Use them, but don’t seek them as your saving grace. The only one that can bring you to your place in the sun is you.

Instead, risk. Feel the thrill of losing, drowning in your own mistakes but finding a way to ascend above the only thing you’ve ever known, failure, for anything that is below your potential is failure. Feel what it’s like to worry about every single dollar. Know the worry and fear of a risky decision in business, and work. Work not because you have some sense of motivation or you’re surrounded by motivational quotes, work because you’re hungry and you need to eat.

Men are fucking conquerors. We’re not timid slaves, we’re daring warriors. We defend and conquer, create, innovate, and explore. We have that insatiable desire for more deep in our bones. Some act on that desire for greatness and that distaste for obscurity. Other accept obscurity and monotony and Google ‘motivation’ for a moment of internal happiness and a feeling that they’re doing something.

Want more for yourself, your family, your community, your species. Want more happiness, more value in your life, more meaning, more adventure. Dare mightier things that you dared to dream yesterday. Have an appetite that can’t be filled. Those who will tell you that this insatiable, unquenchable thirst for more is unhealthy will speak with a hint of jealousy toward your actions and direction and your daring. Deep down they’ll wish they could want to be great as bad as you do. They’ll make excuses for their own normalcy. They’ll try to tear you down and bring you down to their level.

Your destiny doesn’t lie with the mediocre and the mundane.

Your destiny lies with the giants of history.

Your name is destined to be uttered in the same sentence as Napoleon and King and Theodore Roosevelt and Washington. Your statue is being fashioned in the minds of historians to sit next to Alexander and David, Samson and Achilles.

[Tweet “Dare to be greater than greatness can confine.”]

Reach higher and further than your mind will allow. Work harder than your body will handle. Do more in your minutes than minutes are meant to encompass. Stay forever thirsty, my friend. Be always hungry. Have an appetite of a lion that can’t be filled and leave the world in your wake as you ascend to the heavens.