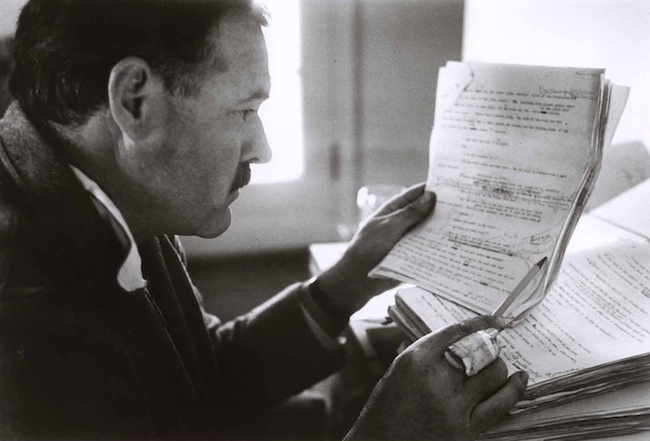 I’m the same. When I lack strategy and focus to my day I excuse myself from getting the results and the work done that I should get done and that I would get done if I’d had some focus and strategy to my day.

I still have a long, long way to go, and this battle versus my desire to focus on a bunch of things at once is a battle I fight daily. The following ways or steps help me with that battle and they’ll help you do the same.

I have great work days and terrible ones. When I have a terrible work day it’s usually because I didn’t follow one of the rules below.

The Myth of Multitasking

Great men aren’t those who are able to do everything at once, that human doesn’t exist. The greatest men are those with the dare the mightiest things, and who have the developed ability to focus on a singular vision. Writing this I’m on the island of Elba where Napoleon was exiled, giving me an excuse to talk about one of the greatest success stories in the history of humanity if you’d deem a man who rose from obscurity and a lack of wealth to become the emperor of one of the world’s most powerful nations in a time when power was a birthright a “success story”, and I, indeed, would.

Napoleon’s greatest strength was his ability to focus. He didn’t have an innate sense for war, just a hunger to learn about it. So while other men were partying and drinking their family’s money away, he was in the library reading, building a rolodex of military strategy in that brain of his that would one day serve him well in battle. He didn’t multitask, he focused.

Get rid of this notion that doing a lot of things at once isn’t something that you should aspire to do. Instead, focus on one thing and one thing alone, do it well and to completion, and then move on to the next thing, and use these strategies to get more work done and more work done at a higher quality using this singular focus to the best of your ability.

1. Write a list, starting with the most important thing first.

Then, block your time accordingly.

Have a third block where you get your Facebook stuff done, your emails, and all the stuff that requires the least amount of brain power but still needs to get done; the tasks. In this final block write down tomorrow’s plan and tomorrow’s work blocks, the 1-2 things with no internet, 2-4 things with internet, and remedial tasks at the end of the day. Empty your brain, as Craig Ballantyne constantly says, so you can end your day in peace, with a cleared mind, a quiet mind, allowing you to be where you are and focus on what’s important and laugh and drink and hopefully get a great sleep.

3. No internet to start the day.

In the run of a day we face A LOT of distraction, especially if we’re focused on something important. Our minds naturally wander at the drop of a hat or the sight of a butterfly flapping its wings, calling us to chase it. We need to remove as many distractions as possible if we’re going to be successful.

Reading about Theodore Roosevelt and the amount of work that man actually completed, I wonder if he’d get the same amount done if he had internet access, I think not, unless he had the foresight to shut that shit down, of course, which is what you should do to start your day.

Unplug your internet. Don’t give into the temptation to check emails or earnings or facebook or youtubes or the twitters, just focus on your one thing. Try this for a couple days and you’ll be amazed at how much work you get done and the quality of said work.

At the moment, while in Elba, I’m in an apartment, a lovely one I might add, that has no internet access. The first few hours of the day are spent writing after which I head to a wee pub nestled on the coast for a drink and my internet hours where I implement the writing I’ve done in the morning. The amount of work I get done in that morning session – this morning session – is incredible. Three articles instead of just one or a half of one, and at a much higher quality than I do if I have internet access.

So start your day without internet, the emails can wait until your later blocks of time.

4. Have a max of 2 things to get done in your no internet time.

Again, don’t try and get a bunch of stuff done, focus on one or two things in that no internet, focus and work-my-ass-off morning session. Don’t spread yourself thin and think that you have to get everything done in one day. Focus on the most important one or two things and then go down your list from there.

5. Save your emails for the end of the day.

Email is a killer.

To start your day by answering even a single email gets you into the mode of doing someone else’s work instead of your own, it gets you on someone else’s time and thought process and mission and brings you ever further away from yours.

6. Don’t have emails on your phone.

This goes with the previous point. If you have no internet yet you allow emails to come in on your phone you’re defeating the purpose of no internet. A year ago I shut off the emails that come into my phone and I’m loving it. Now, I check emails at a specific time and place and block and they don’t interfere with the work I have to get done.

Do the same, trust me.

Know where you spend your time. I have a tracker on my internet that let’s me know where I spend my time. It makes it real. You can’t trick yourself or coerce yourself into checking this or dabbling in that because your timer will show it. I’m pretty sure Mac’s have something in their system already, and if they don’t, Google Chrome does for sure.

If you have any good activity timers leave them in the comments section. I have no internet right now so I can’t find out what mine is 😉

Just like email is a time sucker and an energy killer, there are certain social websites that do just as much damage, the youtubes, the twitters, and the facebooks. Leave these to the end of the day or in little blocks when you can check activity and respond to comments if you have a fan page. But don’t allow these to creep into your day too early or they’ll take your day and have their way with it.

Simple. Within your blocks you should have tasks that need to get done. Keep these tasks minimal, especially at first, and make sure you get them done. Get in the habit of checking these tasks off as complete. If you get shit done you’ll get shit done, you’ll climb whichever ladder you’re attempting to climb and you’ll DO while others plan, you’ll accomplish while others Facebook.

From a mental aspect, take your emotions out of your work day. How you feel shouldn’t have a bearing on what you do. You do no matter what mood you’re in whether you’re sad or happy, energetic or lethargic.

Speaking of energetic: Start your day with the Man Diet’s Energy-boosting Breakfast

Feelings aren’t real unless you make them real. Fear can be used as a motivator or a reason to quit, failure can be a stepping stone, a lesson, or a reason to get sad and depressed. Most people take the easy way, the road of self-pity, few are courageous enough (or self-aware enough) to recognize that they’re being a pussy or a coward or simply lazy, and take the necessary steps to turn things around and get more done.

The story of your life is written by a pen that only knows actions, its ink can’t recognize intent nor thought nor ideas, it only records action. As such, most life stories are only a handful of pages, Roosevelts had to be thousands, and written in 3 volumes, Napoleon’s the same. Stop thinking. Start doing. Write a story worth reading.