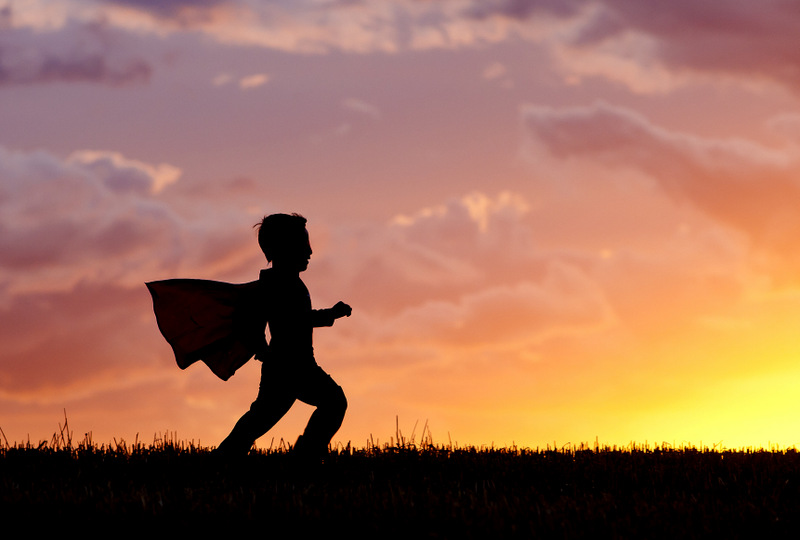 This may sound like the most obvious statement that can be made, but men need freedom, and in ways we may not want it.

Hopping in the car I’ve rented for 3 weeks here in Italy I’m in control, complete control. If I want to take a left and have no idea where that left leads, I take it and find out. But the feeling of that freedom and control compared to the time I spent in Rome where the subway or tram went to where the tracks led is incredible. I need the control of the vehicle, the ability to make my own mistakes, get lost, and find hidden gems like the castle I happened upon the other day or the horse ranch I was led to at the end of a dirt road where I’m now taking lessons every day.

I, we, need that control and that responsibility. Few of us have it and fewer of us take it.

Our society, though well-intended, is taking that control away from us. That freedom. That ability to fail miserably, lose everything, then pick ourselves up off the ground and truly see what we’re made of. To build strength and toughness from loss and failure and experience the exhilaration of victory after years of toiling in mediocrity or worse.

It, and I mean our teachers, parents, politicians – but not our bosses – are afraid to let us fail. They somehow think failure is a bad thing when failure is the greatest gift that can be bestowed upon a man because it forces him to pick himself up off the ground and fight. So as they give awards to everyone who competes or allow us to pass even though we’re not smart enough to count our fingers or give us enough sustenance to not truly feel the sting of real failure and go into that dark place where we feel alone and lost but then realize that alone we aren’t and lost we never were, we become weakened, chinks in our armor are never given the ability to be mended and strengthened because they’re never fully exposed, broken, and opened.

As we rise from our depths that were obviously justified because our actions led us there, we also need the freedom to succeed, truly succeed, and come to the realization that we aren’t alone. Failure gives us that realization, when our friends and families huddle around us, protecting us like a wounded animal, and when we succeed and find our place in the sun, our fortune, we must then look around us and determine how we can provide strength for those in their depths, give them hope that we once needed to pick themselves up and to rise and stand on their own feet.

It’s a complete contradiction, but when we’re allowed to stand on our own, to rise from our depths using our back and our feet we realize that there were many who helped us in this triumph and we either have to pay it back or pay it forward. Self-reliance is both something all men need to be as men and something all men will never be.

I can sustain myself, carry myself, fend for myself, but although a business I’ve started on my own and strength I’ve forged on my own allow me to do so, the business and the strength wouldn’t exist without good friends, mentors, and family. There is self-reliance, an ability to survive and even to thrive because I’ve been to the depths and I’ve climbed out of them but the appreciation I have for those who’ve held out their hand when I’ve stumbled isn’t lost because I have a half a brain and I use it. We all understand this. Yet, some, when they rise, choose to think it was all their doing. They’re ignorant, and their ignorance will come back to haunt them as they lay in their death bed surrounded by vultures and scavengers trying to pick up the scraps he leaves and not by friends and family who help give his life meaning.

The man who has risen on his own and because of his strength but also recognizes the army that acted as a back brace allowing him to bend but not break under the pressure of failure or loss or depression will know what he must do when he climbs from his abyss, and on his death bed he’ll be surrounded by those who’ve felt his grace, his help, his paying it forward, but also by those who’ve felt his appreciation and his acknowledgement of their service and their aid in helping him turn into the man he is and do the deeds that he’s accomplished.

Men need freedom and freedom is a choice. Freedom is the harder road, the road filled with bumps and temptations and wrong turns and loss and failure. We need to choose this road in life because the easy road will lead us to a cul-de-sac, a dead end where we’ll remain in ignorance never knowing what could have been, what could have been accomplished or lived or experienced or tasted, or the thrill of failure that can’t be matched even by the glory of victory.

My plea, or my request, is that you venture down the hard road, the road where you try things, new things, difficult things, things that take years to create and can only be fueled by true passion. Try the things that your soul calls you to attempt, the missions that your heart strings tug at you to embark on, and fail. Put everything you have in to something and fail, for failure is never the end but a wrong turn we made thinking it was the right turn or a bump in the road that we have to experience to learn how to arrive at our destination and to appreciate our destination. Try and fail.

Thus, being born into wealth isn’t a blessing and not something that should be viewed with envy but an even harder road to toughness and grit. To make the choice to venture down the road of failure if you’re surrounded by nets of safety takes even greater courage and greater self-awareness. So those of us who aren’t born into wealth, we have it easy. The choice is almost made for us so rejoice in this fact and don’t abuse this gift by following a path that you feel is already laid out for you, a path of mediocrity. Your life is what you make of it not what is made for you, and no matter how many teachers or politicians or talk show hosts or professors tell you how your life is supposed to be, fight that notion because it will only be your truth if you accept it as such and if you accept it as your reality you relegate yourself to a life in Purgatory, somewhere between the glory of Heaven and the pain of Hell, a state where neither victory can be won nor that delicious taste of failure can be absorbed, learned from, and risen from.

Take your freedom. ‘Tis your God-given right to experience everything that life has to offer, the pain, the ecstasy, the glory, the redemption, the limitless laughter and seemingly never-ending sorrow. Rise and fall on your own but never be so ignorant to think that you’ve climbed to where you are or where you will be merely with our own hands and feet. As you ascend, as a man, as a guy with a brain and at least an ounce of self-awareness, reach your hand down and help others to pick themselves up and ascend as well.

This is the alpha male we all aim to be, this is the warrior, the leader. He’s never a guy who never fails but a man who’s failed more than the rest. He’s failed harder, gone to greater depths, put himself in uncomfortable situations and felt the thrill of pure adventure, or years of hustle, and has developed the grit that can only be acquired by persistence and a refusal to accept that his life is determined by others or circumstance but by him, his actions, and his spirit.