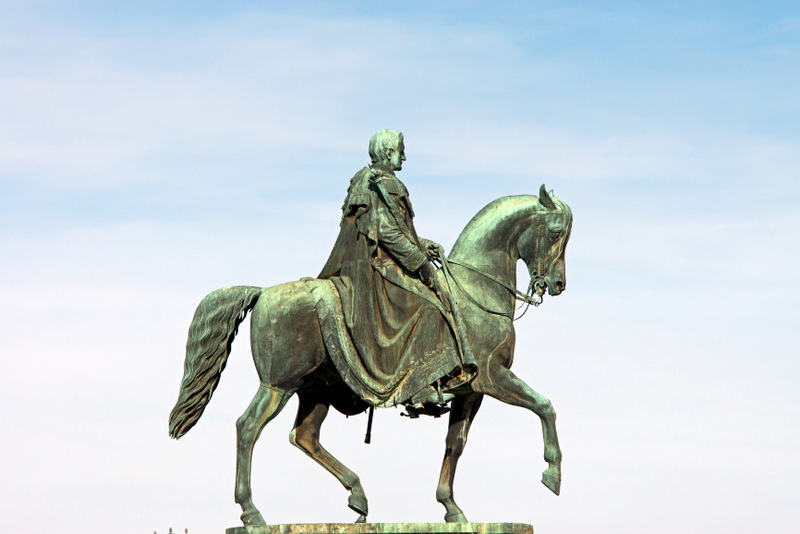 The best books and films aren’t always those that are done on the grandest scale, but when your boundaries are limitless and you perfect the details, something legendary is created. The Gladiator and Braveheart found this balance in cinematic form. Lord of the Rings and Narnia in the literary form. Theodore Roosevelt and Alexander the Great and Napoleon Bonaparte, however, found this balance, this audacity, this greatness in an entirely different realm, one not of mysticism or legend, nor in the intangible world of the aforementioned written or cinematic masterpieces.

These men – which is an important distinction because that’s all they were, no different than you or I – had the sheer audacity to take their dreams and convert them into action. They had the balls to do greater things than most of us would even communicate aloud let alone dream in silence. They simply chose to write their own epic in deeds and actions leaving fingerprints on this planet that shall never be removed or forgotten.

The mistake is often made in looking at these men, and men like them, as legends, as mythical characters that somehow innately possessed something greater than you or I, an energy, a charisma, an ambition they were born with that led them to live with such passion and action and ferocity. To view them as such, as god-like figures forged with a unique mold thereafter broken for all eternity, is a weakness, it’s something we do to excuse ourselves from such boldness of action.

We highlight the reasons for their greatness, their birthright, which in the case of Napoleon or Mr. Roosevelt didn’t exist. We highlight the events that tattoo’d an eternal ambition that could never quite be quenched that eventually led to deeds never to be replicated. We look at the events that set their greatness in motion all the while ignoring events in our own lives that could very well have the same effect if we used it as such, as fuel to our own fire, as a lesson learned that would one day catapult us to greatness.

We look without and fail to look within.

We dream of greatness, of conquering nations and our fears and the punitive obstacles that dare stand in our way, then wake up and ask, Why me? Why was I born into such mediocrity? Why was I given such an awful hand? Why were they given endless energy and uninhibited ambition?

Continually, we ask the wrong question; we position our view of ourselves as the victim, set against the odds, odds that can’t be defeated, and so we work and we hustle but only enough to do well or survive or to grow at a snail’s pace all the while ignoring the greatness that could have been if we’d only taken it. And so, the inevitable question must be posed and answered truthfully with a warrior’s heart and mind not a cowards excuses and self-pity:

We’re immediately flung into the sea of excuses that keep us small, normal, and average, neglecting the capacity to do more and be more if we’d only acknowledge it and seize it. We highlight the fact that we haven’t had a challenge sufficient enough to propel us to greatness, nor a cause worth getting behind, fighting for, living for. We see our lives as normal, mundane; our circumstances as average and thus dictating futures that will be the same.

Somewhere deep in our soul we hunger for more; more excitement, danger, adventure. More passion, meaning, and war. We long for this greatness but we crush it, we dismiss it. We see it as something unrealistic but never sit and truly think about what realistic is, instead comparing our circumstance to the evidence that surrounds us, but not the evidence of history, of men born into mediocrity, or worse, that rose above, rose to be doers of great deeds, leaders of millions of men, warriors that could only be described in mythical form.

The evidence for your future is very simply predicated on your present, on what you do, not where you’re born, what you start with, or even who you are, but who you’re set on becoming. “Why not me” is the only question that needs answering and the answer, if given by a warrior who refuses to excuse himself from the table he can sit at, has to be one of endless possibilities.

If you accept how the world is, you’ll understand that anything can be accomplished, but so few accomplish what they set out to because of the duration of the journey, the difficulties that they inevitably face, and the reality that choosing greatness is also choosing a life without ease, a life spent serving and working in an endless, vigorous fashion.

[Tweet “That’s where most quit, when they realize that there are no days off.”]

The Event That Propels You to Your Epic

In seeing the world as it is, not as you’d wish it to be or like it to be, you’ll see that where greatness is the result, pain and loss and sadness is often the spark. Greatness doesn’t start with a vacation, but often a death, an injustice, and a considerable amount of pain. There’s something to this that doesn’t jump out at us immediately. Something we can use and replicate, but less than 1% of 1% ever will.

Pain and suffering, even if self-imposed, are a necessary part of your epic narrative. While Wallace and Maximus and Lincoln and Theodore Roosevelt all lost loved ones, their better halves, their previous reasons for life, Napoleon and Alexander and Jobs and Robert E. Lee all suffered through different kinds of trials. The important aspect of each epic is that there were trials before there was greatness.

You can’t, however, wait for the trials to come. If the deed is great enough, and the effort is its match, your trials will show themselves, but you need to put yourself in the uncomfortable situations that will bring the toughest trials possible into your life. You have to get very uncomfortable, your life must be wrought with uncertainty where the only certainty is you, your work ethic, the audacity of your goals, and the fact that you won’t ever quit.

For some this may mean traveling, for others it will mean starting a business or a vision without the funds to do so, struggling to survive, having to hustle while others sleep, rest, and post pictures of their vacations on Facebook almost as if to tease you with the ease at which life can be lived. It means letting yourself love, being vulnerable even though you may set yourself up for unimaginable grief. It may also mean simply giving your life to self-improvement and walking down a path with no visible end.

It’s a personal infliction, this trial. It may take a few attempts, you may need more than one trial and years upon years of failure to procure the soul and the grit necessary for greatness. You may spend the majority of your life in this test. While everyone else you know has fun, you hustle. This, again, is where most quit.

Is it worth it? Is this really where a life is supposed to exist?

That’s your question to answer.

All great journeys start with a single step. All great stories begin with an ass in a chair and fingers clanging on a keyboard. The greatest thing a man can do is start. Don’t worry about the destination, nor the plan, just start. Start by setting goals that you’re afraid to say aloud because they’re so outlandishly audacious that only an insane man would set such a lofty goal. Then wake up tomorrow at 5 am and start working on that goal. That work can be learning the personal skills needed to be a success. It could mean quitting a job, applying for a job, taking a course, moving out of your parents house. Who knows? Only you.

The key is that you start.

Start the path that few ever travel because it’s the only path that will satisfy a man to travel. It isn’t, even though I’ve painted a gloomy picture, devoid of joy; on the contrary, its only that your fun time is done in the name of your mission, everything is. No great man has gone through life without laughter and joy and experiencing travel or the drink or the company of a beautiful woman. But for the great man, even on those nights when the drinks flowed too liberally, it was used as a lesson, as motivation, as a re-charging of the mind and spirit to serve his greater purpose.