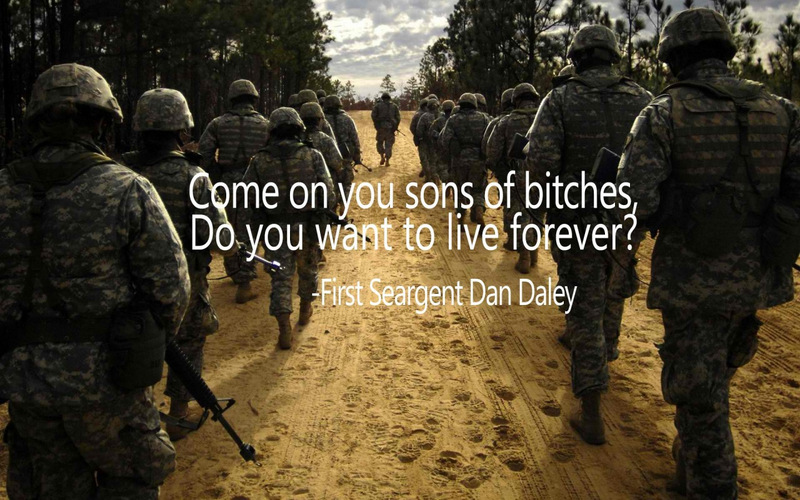 I got started quickly today at 5 am, writing, reading, reviewing, trying to finish my to do list before noon so I could get out and enjoy my last day in Rome – for this, the first stint of the 3 month trip – but things started to decline rapidly after about the first hour of work. I hit a wall. A massive wall. I was busier than a one-armed monkey with two peckers but I felt dumber than two sacks of hair.

I couldn’t focus. My attention was nowhere but where it shouldn’t be so I decided to do the only thing a man can do in a situation like this: get a workout in and hopefully regain some form of usefulness. I went to the gym and had a great workout. Walking back to the apartment that I’m staying at, however, “it” hit me…

Circumstances don’t matter. They should be but a footnote in a man’s legacy. What matters isn’t what you aim to do or dream about doing or come close to doing, what matters is what you do. The difference between good people and great people in any realm, be it business or fitness or sports, is action. It’s not the breaks they’ve received or the position they’ve been born in to, it’s what they’ve done.

Sitting in front of my computer unable to focus was my excuse. The fact that I had a terrible sleep was my excuse. I used my excuse to excuse me from what I had to get done. We like excuses because they excuse us from action. And we’re afraid of action. Think about your day…

We do everything in our power to not do the stuff that will lead us to the greatest success. We don’t quit our dead end job, we don’t work 18 hour days, we don’t save our money, we don’t invest our money in the one thing that is under our control – our venture – instead diversifying, thinning out our funds in an effort to play it safe when everything we have, every ounce of energy, time, money, and brain power should go into your one thing.

It felt like a punch in the gut. Here I am walking home with my head held high as if I’d just accomplished something by working out but it was done to avoid what I had to be doing.

The difference between the good and the great isn’t any innate ability, there are more smart people that fail at business than there are those that succeed. Smarts means nothing, often its a hindrance. Smart people analyze and problem solve in theory, business isn’t about theory but action. Hard work and action are all that matters. So while you’re thinking about working out or writing or working or studying or spending your money on something that has no value to your ‘one thing’ – and that thing can be as broad as your own self-improvement, which is an awesome one thing – know that from this day forward I vow to stop distracting myself and diversifying and avoiding the stuff that I really need to do.

The stuff that gives you more value and more substance and more ideas, programs, and articles.

My Plea to Both You and I

Don’t be one of the many souls who lies in his death bed thinking about what might have been. Don’t be that guy who wishes he traveled or worked harder or spent his money better. Do. That’s all you have to do. Don’t spend too much time thinking or analyzing, just do.

Travel, work, hustle, sacrifice, bleed. Don’t ponder, wonder, or wish. Graves are filled with unspoken dreams and potential. Empty everything out. Give it everything you have simply by doing what you want to do and what you know you have to do.