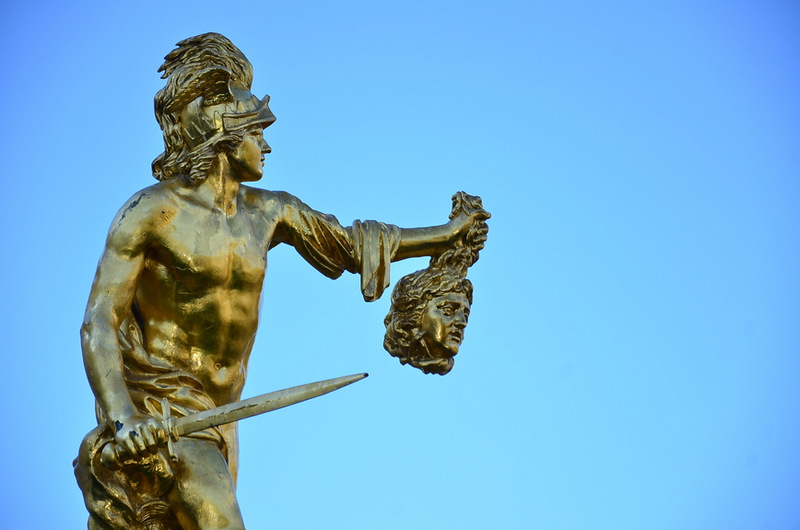 The following is a guest post by Jesse Irizarry.

“Ease up on the kid,” the trainer yelled. The fighter backed up to take a break from wailing at my head. There he stood glaring at me, a good thirty pounds heavier than me with almost twenty years’ experience in the ring.

The head trainer at the boxing gym I belonged to was having me spar against a much more experienced boxer so I could learn from him. Between the first and second round though, I heard him say to the other fighters watching that I actually caught his jab and hit him pretty hard.

Apparently, he was pissed because he came out swinging in the second round and proceeded to give me a black eye and a bloody nose.

I grew up with a really bad speech impediment — a stutter that made it really difficult for me to have a conversation with even my parents. Because of it, I spent my early childhood with hardly a friend.

My stuttering was so bad that most people couldn’t understand me when I would speak to them. It was hard being stuck in my own head not being able to tell people what I thought.

Having kids your age laugh and taunt or pity and feel awkward around you tends to mess with self-confidence a little and can make you feel like you have no control over your life and that accomplishing goals is out of the question. To say it lowered my self-esteem as I was trying to mature into manhood is an understatement.

My father, being a traditionally strong and independent man, saw the effect that this problem could have on me and had the insight to take me to a boxing gym when I was eleven years old.

Fast forward five years again and there I was getting the shit beaten out of me. Although I had some time in the ring, this was the first time I sparred someone of this experience and skill.

The head boxing trainer had been telling me that I wasn’t quite aggressive enough when I fought, so this was to teach me a lesson, although he didn’t intend for it to be quite this rough.

So I was trapped in the ring with a fighter who eclipsed me and was not going to move or let up. There was nowhere for me to go, so I stepped up to him again. I’d like to say I got to hit him back a few times and make him retreat a little, but the truth is I couldn’t land a glove on him.

I stood and fought.

Something had awakened in me during my time at this gym. Something that I believe my father knew had to happen for me to have a fighting chance in life. He could have let me drown in myself and let me become a recluse, staying in my room, playing video games, watching television and living my life through the characters on shows.

Hell, I definitely tried my best for a while to do this and definitely had the same tendencies other boys my age had who got lost in their self-pity and never found manhood. But my father wouldn’t let me waste time feeling sorry for myself.  He nudged me toward where I would have to stand on my own feet. He refused to let me live a life where I didn’t take responsibility for what happened to me.

Sometime later, I walked away from boxing to pursue the love of lifting weights. Although I had grown a passion to compete from fighting, I found that I loved the physical training and preparation for boxing more than the sport itself.

Over the next few years I was blessed to be able to surround myself with world class powerlifters and weightlifters and got to learn under some of the best strength and conditioning coaches in the country.

I became a pupil of strength and began to compete in powerlifting.  Just as the standing my ground in the ring gave my confidence, the weights taught me to push back against struggles in life and helped me continue to build my self-assurance. For the first time, those around me gave me a lot of recognition for my progress as I grew stronger, bigger, and began to set powerlifting records.

Powerlifting taught me something invaluable that I could only learn through being challenged to my physical limits. The weights that I would lift in competition were those that could crush me if I didn’t take them seriously. That was the allure to it. There was no stroking of ego in that moment. The weight did not lie to me.  It revealed to me who I truly was. It was push or die.

My work in the weight room had become a reflection of what life could be. I learned that I was actually in control of my own fate and that I could reach my goals through action and hard work as long as I persisted. The world was no longer something to fear but rather an adventure to set out upon and conquer. Not only did I have to stand but I had to push against life and work to become a man without excuse.

I learned to control my speech and face my fears as I educated myself and learned what is was to be authentic and mindful of my thoughts and actions in a world trying it’s best to distract you and put you in line.

A funny thing happened when I passionately improved one area of my life — I grew in all areas and became a man that took responsibility for his own actions and his own destiny. I followed my passion in improving human performance and became a college strength and conditioning coach — a profession where my success depends on how well I can communicate. Not only did I learn to live with my weaknesses but I chose a path where I would have to challenge it, over and over again.

I sincerely write none of this to impress you, make you pity my struggle, or make me seem like I’m something I’m not. I still struggle against the pull of mediocrity and focusing on problems instead of solutions. This is instead a call to action for those who think its ok to complain about things they cannot change and have not the heart to continue on in face of struggle. It’s also an encouragement for those men who have been following their own path but feel their feet growing heavier.

Although my father has always been a quiet man, I understand what he was trying tell me all those years ago. He told me that it was ok to stand and fight and that my problem or any other is never an excuse to lay down and die.

About the time I took control of my life, I read an old Latin proverbial saying that read Illegitimi non carborundum and that General Stilwell made his motto during WWII.  He of course used the English translation though:

Don’t let the bastards grind you down.