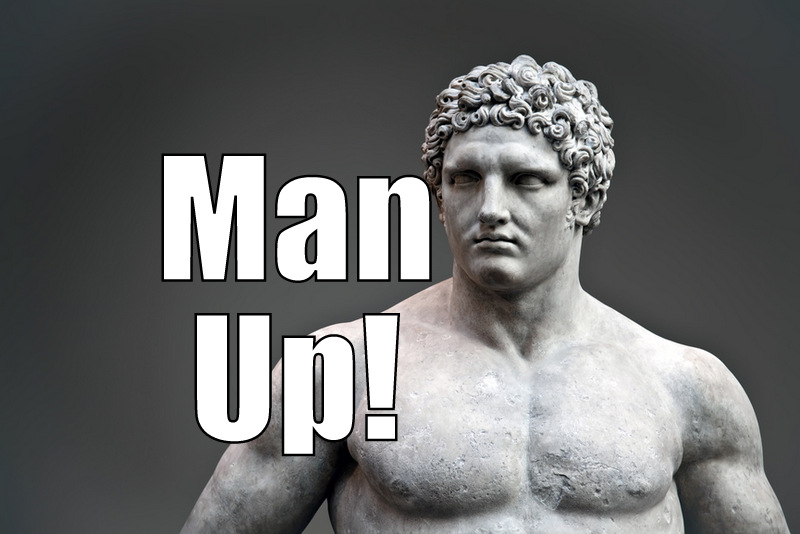 The latest episode of the Man Up! series on the Youtubes covers the belief that your life is out of your control, that your future isn’t in your hands, and that your success or lack-there-of is pre-determined. Typically, when the opposite idea that your future is in your hands is brought up, it’s hit with the common, lazy rebuttal that, well, that’s just your opinion.

I say “lazy”, because as much as people don’t want to admit it, there is right, and there is wrong. Truth does exist. And to say something’s “just your opinion”, without looking at the facts is, well, lazy and counter-productive.

Can anyone become a massive success? Yes. 70% of billionaire’s on this planet are self-made. Most millionaire’s are self-made. And that’s just talking financial success. How you determine success is a whole other animal that we’ll cover in the next episode.

Is it easy to become a success? No, it’s incredibly difficult. It’s takes thousands of hours of purposeful practice and hard work. It takes risk, sacrifice, and persistence.

Why do people say that “you have to be born into wealth to become wealthy?”

a. For the majority it’s true. Most people don’t want to hustle for 30 or 40 years, often at the destruction of their social lives and so forth. They want to relax and take it easy. So the majority won’t become successful. But you’re not the majority, are you?

b. By saying that your future is out of your control you’re giving yourself an excuse for your eventual failure. So when you fail, you can finally quit. Whereas the guy who knows that his future is under his control must pick himself back up and continue to work and possibly even fail once again.

It’s much easier to think that you have to be born rich to become rich because that gives you an excuse to not even try, but easy won’t pay the bills, and it won’t lead to greatness. If you think that your future is out of your control, you’re wrong, and it’s not just my opinion.

Should this inspire you or discourage you?

It should inspire the heck out of you! Your future, my friend, is contingent not on where you’re born, but what you’re willing to do with your time. This is liberating. You hold the future in your hands. Hustle. Work. Live.

What do YOU think?

Is Your Future In Your Hands?