It is not the critic who counts;

Critics don’t create. They wait for the creations of the brave souls who are willing to lay it all on the line to create something. It’s the critic who then decides to dissect it, tear it down, and look for its flaws.

The critic doesn’t matter. Never let the critic, nor the coward, thwart your plans for grandeur, minimize your ambitions, or quell your enthusiasm. While the critic critiques, you will create.

nor the one who points out how the strong person stumbled,

Everyone stumbles. It’s those who stumble with passion and flair that earn my respect. The man who points out that you stumbled is of little consequence and should not be given the satisfaction of your anger towards him.

Pay him no mind. But give attention as to why you stumbled. This is your lesson. This will help you stride confidently forward in the future, and brave the turmoil that adversity brings.

or where the doer of a deed could have done better. 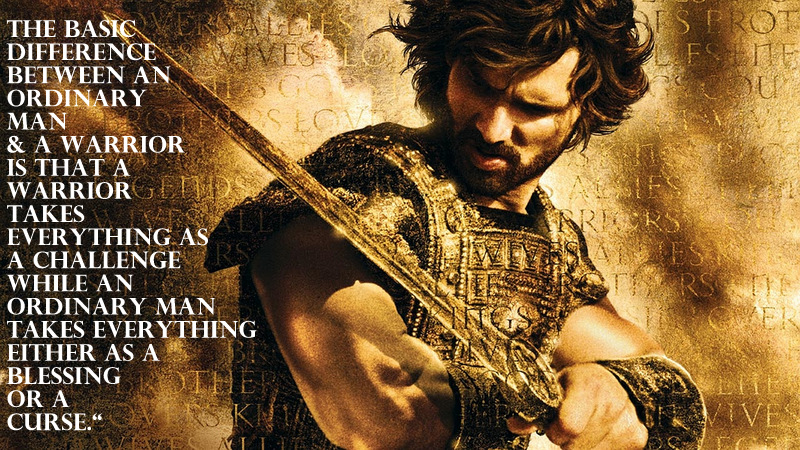 The credit belongs to the person who is actually in the arena;

I respect any man willing to enter the ring and fight with courage. Those who stand and fight, be they victorious in the end, or finish in defeat, deserve the respect of every man for they at least had the courage to fight while others spectate.

Steve Jobs was in the arena, Bill Gates still is. Mother Teresa spent her life in the arena and made the world a better place because of her mere existence.

If you’re in the arena working towards a goal, I solute you. You are one of the few who will leave this place better than it was when you entered.

whose face is marred by dust and sweat and blood, who strives valiantly;

Merely being in the area isn’t enough. Though you’re in life, are you experiencing the hardship and joy that life should bring?

Is your face marred by dust and sweat and blood?

Knowledge is useless unless accompanied by action. Learn, by all means, but if you don’t carry with you the wounds that accompany every great adventure, your knowledge has been acquired in vain.

who errs and comes short again and again, because there is no effort without error and shortcoming;

The credit belongs to the man who fails but continues on his path, learning from those failures. No credit can be given to the man who sees his failures as the end, and lets them crush his soul.

That is not a man. A man is strong in times of plenty but also times of famine. He’s unwavering in his purpose and direction.

Failure will come if you’re attempting something great. If you’re not, if you’re happy in your comfort zone as far away from fear as possible, then be content with mediocrity. Be content to never experience the lessons we learn from failure, from extending our reach beyond our grasp.

It’s in this space beyond where we’re comfortable where growth is found. Growth cannot be created within comfort. It’s impossible.

who does actually strive to do deeds; who knows the great enthusiasms, the great devotion, spends oneself in a worthy cause;

Deeds will be remembered. Intentions will not. Is your day filled with deeds or intentions? Thoughts or actions?

Do distractions get in the way of your work or does your work take precedence over your distractions? Continue Reading on Page 2 >>>