Where have all the real men gone? It’s a question not asked by one sex alone, but by both. Men want permission; we want someone to say, Yes! It’s okay to be wild, to be strong, to be assertive! It’s okay to be a man! Women want that man. They want strength, kindness and a quiet confidence. Though the man we want to be, and women want to be with, may be becoming more elusive in today’s society, there is still hope; a growing number of men are rising to this challenge. Are you among the few? 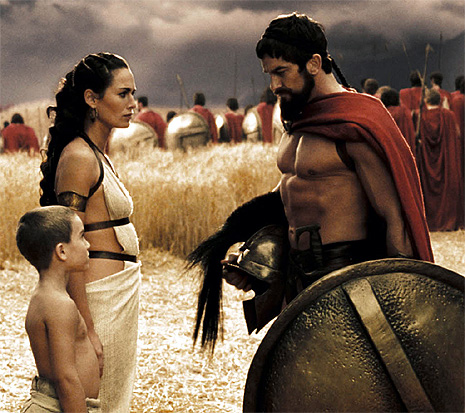 With the emasculation of today’s society – the bastardization of what is expected of a man, and the pushing down of our masculinity – there are more weak, cowardly men, and there are also more of those who may be strong on the exterior, but only because they’re compensating for an internal weakness. Real, masculine confidence is quiet, it isn’t loud. It isn’t boisterous, deafening, or in your face. It’s real strength. Warrior strength. Strength of the mind, body, and spirit.

A true alpha male has a quiet confidence that allows him to make bold decisions, and take even bolder action in his life. A true alpha male leads by actions and through his words – though they may be few. He has power in his stance, his gate, in his voice, and even in his humility. The real alpha male, the one we must become, is a leader of strong men, he doesn’t need to merely lead the weak. He is a warrior, a fighter, a man. He’s needed not only so we can live our own great lives, but so we can help others do the same. First, though, we must examine the fall before we begin to create the rise.

The Fall: Emasculation of Society

Men are dying to be set free. We’re dying to be allowed to be men, but haven’t the slightest clue what that entails, or what it means to be one, or how to become one. The Emasculation of Society, of men, may as well be called the Domestication of Men, they have the same meaning, and the same causes. Men are wild at heart, yet we’re conditioned in this society to fear anything wild. We fear fear. We’re afraid of risk, and instead gravitate towards safety and comfort. In our hearts, deep in our souls, every man wants adventure.

When we’re kids we dress up as Cowboys and wage war against Indians. We explore, we seek danger, rarely do we run from it. That is the spirit of a man. We want excitement and adventure, but everything in our world today is telling us that adventure is a bad thing. That safety, instead, is where we should be confined, and where happiness exists – it doesn’t. Safety is where our void grows stronger, our emptiness broadens. We’ve had the masculinity beaten out of us by a society in direct opposition to everything that makes us men.

Men are lions, we’re leaders of the pack, we’re strong, adventurous, we’d fight to the death to protect our families, our pride. We’re wolves. We lead a pack. We aren’t dogs. We’re not meant to be tamed, told to sit, and scolded for giving in to our wild, warrior hearts. 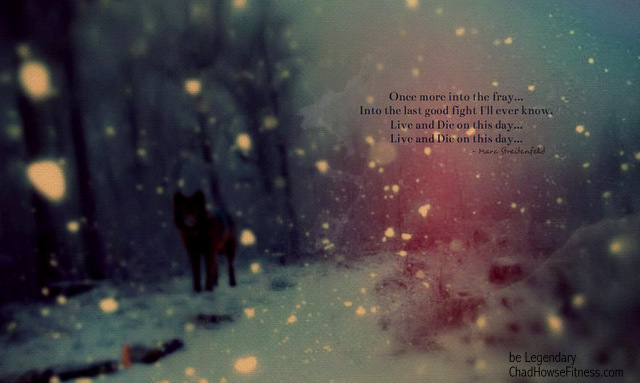 This call of our wild heart is being felt in a big way in today’s society as men begin to wake up. The problem with this awakening is the compensation that I mentioned earlier. Men have a deep, gnawing desire to be wild, to be MEN! They don’t, however, know the first thing about being men, so their masculinity is shown in boisterous bravado. They think wild and masculine means loud and obnoxious. They think that being a real man is getting drunk and fighting in the streets, or that real power is raising a hand to a woman, and that being stupid is the way of the real man. That isn’t the way of the alpha, that’s the way of the lost child, the boy, and the coward.

Our bastardized view of what it means to be a man has led to an even weaker generation of lost, cowardly idiots. They’re either weak and emasculated on the exterior, lapdogs to their lady, to their boss, to their friends. They didn’t stand up for themselves as kids, and fail to do so once again as men. Then they fail to teach their sons to be men as well. Or, they’re pumped full of false power. They’ve become physically tough, failed to strengthen their minds, and they look to prove that they’re real men in every way possible.

No matter which side of the fence they’re, we’re on, it’s not their fault, and it’s not our fault, but for fuck’s sake, we need to man up, step up, and create a change or else we’ll never grow up and become real men. We’ll never give our wives, sons, and daughters the men they need in their lives. We’ll never live in the way of the warrior. We’ll live a life of cowardice, of weakness, and a meaningless life of defeat after defeat, or empty victory after empty victory.

The Resurrection of the Alpha

We are the group that will be real men, that will be the true alpha males in our pods, prides, and packs. To do this we need to build strong hearts, warrior hearts. We need to build strong bodies, not trying to fill a void, but to be our best, to be optimal, to be able to care for our own, to be able to be warriors in the battlefield of life. We need to develop our spirit. We need to develop into strong, brave warriors, secure in who we are, no matter who we are, and we need to find our purpose.

How to Be an Alpha Male

Building the Body of An Alpha: Becoming More of a Man

An alpha is strong mentally and physically. His strength gives him confidence, it doesn’t exist to fill an endless void created by his lack of self-awareness and courage. Continue Reading on Page 2 >>>