There are two kinds of men; there are worriers, those who see the bad, when the good is just as likely to occur. Then there are warriors, those who deal with what is at hand and face their fears without fearing the consequences. Both are within each of us. What’s scary are the effects of what happens to our bodies when we let the worrier take control. Worry – and stress – doesn’t just hang like a cloud over our days, but it destroys our bodies, and the strength we’re trying to build, from within. Like a Trojan Horse it eats away at us, at our muscle, our bone, our testosterone, until we’re open to whatever invading forces come our way – be it sickness, or a slow deterioration.

The following is a guest post by Dean Phillips. It’ll help clear up why stress is such a bad thing, and how we can stop it in its tracks. Dean teaches guys how to become men, build muscle and crush mediocrity in a personal and humorous way over on his site. You can also find him dropping the occasional knowledge bomb and chat up line over on his Facebook Page.

What Is Cortisol & Why Should You Care?

Cortisol is a stress hormone that belongs to a family of steroid hormones known as glucocorticoids. Glucocorticoids affect every single cell in the body so it goes without saying, it’s pretty damn important.

Why Is Cortisol Considered A “Bad” Thing And Why Is It So Important?

Out-of-balance, excess cortisol puts an unnecessary amount of stress on your system. That much is clear. High elevated cortisol can lead to muscle loss, bone loss, immune-system suppression and brain shrinkage. Also, if you’re struggling with that last bit of stubborn fat, balancing your cortisol may just be the most efficient way to finally rid yourself of it, once and for all.

Cortisol accelerates the breakdown of proteins into amino acids (except in liver cells). These amino acids travel out of the tissues into the blood and to liver cells, where they are transformed to glucose in a process called gluconeogenesis. A prolonged high blood concentration of cortisol in the blood results in a loss of tissue proteins and higher levels of blood glucose.

You may be wondering, Isn’t this bad?

What Causes High Amounts Of Cortisol?

We seem to learn more and more about cortisol and stress control as time goes on, here are some things we know increase cortisol for certain:

We’ve spoken about how overexposure to high cortisol can do some crazy things to our body. Underexposure of cortisol also has negative effects.

Overexposure to cortisol creates a “toxic” effect. Too much of this cortisol destroys crucial brain cells which are responsible for good mood. Damn, there I was thinking stress made us happy…Not!

This is a compensatory mechanism where the brain becomes resistant to the effects of cortisol as a way to “protect” itself from cortisol damaging effects. So the brain cells (neurons) are deprived of cortisol, creating a dramatic under exposure that leads to some unsexy problems such as memory loss and psychological problems.

This all leads to a syndrome of cortisol resistance which leads to a deepening of depression and symptoms of fatigue. Damn that’s not cool!

If you find yourself feeling down from stress, then you really need to combat this problem as soon as possible.

Testosterone Comes To Save The Day 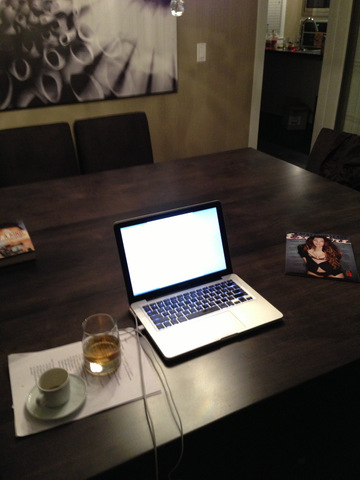 You’ve all heard about this hormone. It’s spoken about all the time, especially with us men. Testosterone is the hormone that battles cortisol.

Low Testosterone can lead to a huge host of problems both in women and men, such as:

Normal testosterone levels however speak a different story, one which is much greater and much more Heroic:

All great and wonderful things really!

There are several ways to boost Testosterone that Chad has spoken about on the blog. For more information on that check out:

Knowing how to relax will make your cortisol level drop to their natural level, which as a side effect will help you become less stressed with everyday life, have a body of a greek adonis and lead a better, more explosive life. If you’ve ever needed an excuse to relax before, this should be good enough reason for most.

To relax most of us follow the pattern of watching TV, eating pizza and drinking alcohol to unwind.

Isn’t there a better way?